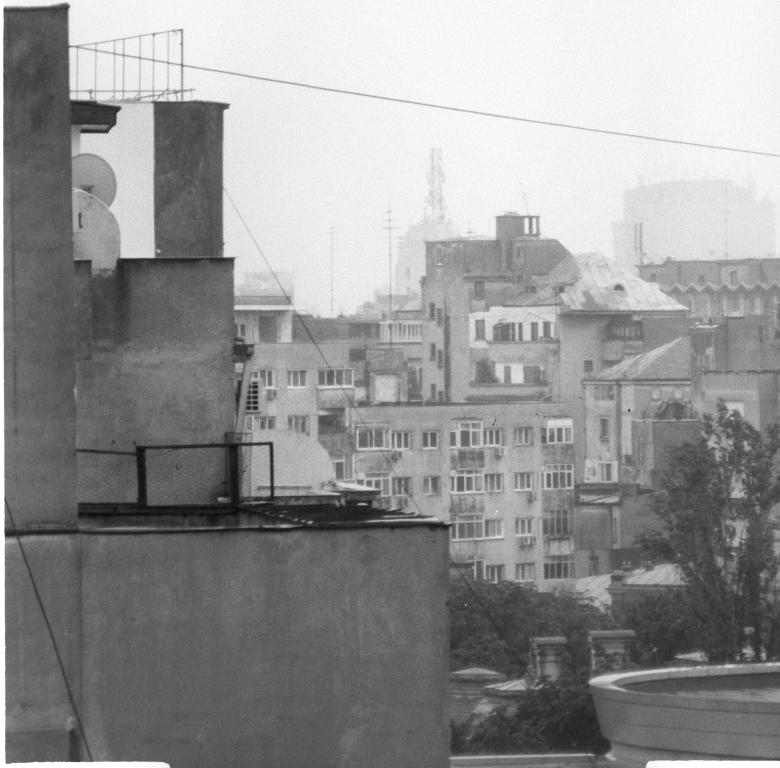 The Performance, Architecture and Landscape Symposium will end on Wednesday, July 3, with the lecture held by the Swedish choreographer Mårten Spångberg, in dialogue with Andreea Căpitănescu and Romanian architects Vladimir Nicula and Emil Ivănescu.

Mårten Spångberg is a performance related artist living and working in Stockholm. His interests concern choreography in an expanded field, something that he has approached through experimental practices and creative process in multiplicity of formats and expressions. He has been active on stage as performer and creator since 1994, and since 1999 he has created his own choreographies from solos to larger scale works, which has toured internationally.

From 1996 – 2005 Spångberg organised and curated festivals in Sweden and internationally and initiated the network organisation INPEX in 2006. His experience in teaching both – theory and practice – is thorough. Mårten Spångberg was director of the MA programme in choreography at the University of Dance in Stockholm.

▫️▪️▫️▪️▫️▪️
Vladimir Nicula became architect in 2002 and was awarded the PhD in 2010. His professional activity started while he was still a student and was developed around various architectural, restoration and urban planning projects.

Vladimir Nicula also teaches since 2002 at the Architecture and Urbanism University in Bucharest. From this role, he supports the involvement of students in the real practice of architecture, through contests, workshops and volunteering in exhibitions and art/architectural events. This kind of activities, which he promotes and organizes, help in spreading a certain line of thought, that includes architecture in the day-to-day interests and raises awareness on the importance of appropriating the architectural gesture by both architects and non-architects as well.

Architecture is, by definition, a paradoxical field of activity. It is often referred to as “the art & science of designing and raising buildings”, which is a contradiction in itself, since art & science are fundamentally opposed. Strangely enough though, the combination of the two resulted in this odd and unique thing, where a clear delineation between what is artistic and what is science/engineering is a blurry, yet challenging endeavor.

Having said that, there are some essential characteristics of architecture that we have to consider within any discussion related to the topic:

1. Its profound human value. Any architectural creation is related to /scaled by /rooted within the most elementary parameters of living: from the day-to-day necessities to the highest aspiration of mankind. Architecture strives in meeting several of the basic human needs (protection against weather, general safety, shelter for people, goods, activities etc), but also aspires to provide deep meaning through its gestures (expresses the self, creates identity, a sense of belonging to a place/community, memory etc).

2. Its materiality. One of the core features of architecture is that it is something tangible, material, physical, solid. It is strongly connected to substance, to matter. Its main purpose is to become construction. Hence, architecture cannot be abstract, even in some of its most utopian representations. It is born as a mental projection, before the first line on paper (Kahn), but even from the beginning, it is a projection of an image of something real, something intended to come to a substantial state. Some say it has temperature, texture, a soul, atmosphere, a life of its own (Zumthor). Here lies probably a potential source of conflict with art, which has the capacity to, sometimes, be abstract or merely an emotional manifestation of creation.

3. Its temporality. Architecture is a product of society, bearing signs and significance of a specific era, but also withstands time and communicates meaning over the ages. It acts as a witness and as a vehicle for history. It is both phenomenon and noumenon (Kant). Also, good architecture has its own embedded time. Its own duration of perception, because of a specific ambient. Sometimes it is a sensation of timelessness, sometimes it is an acceleration of duration. Architecture can incorporate time as an extension but also as intensity/emotion (Spinoza).

Landscape is probably the most difficult notion to grasp in this discussion. Traditionally, it is related to nature (or a cutting up of a particular piece of nature – Assunto), but more recent times brought to light other types of landscape: industrial, urban, virtual, social, political. Within a proper architectural discourse, we may also discuss about landscaping, which is a particular branch of urban design. Not our topic of the day.

I would say that somehow, all these understandings are interwoven in the common experience of present human beings. And that the contemporary person experiences several simultaneous presences in all these types of landscape and probably many more. This of course impacts the very definition of one’s self, to the limit of schizophrenia.

Landscape is also dual. Any type of landscape. It is both a product (a result of natural phenomena, human activity, art and architecture included) but also a scenery, a support for all this. A continuous process of re-creation of itself. And that art and architecture interchange constantly with the landscape values and inspiration, signs and materials, experiences and meaning. Breathe-in/Breathe-out.