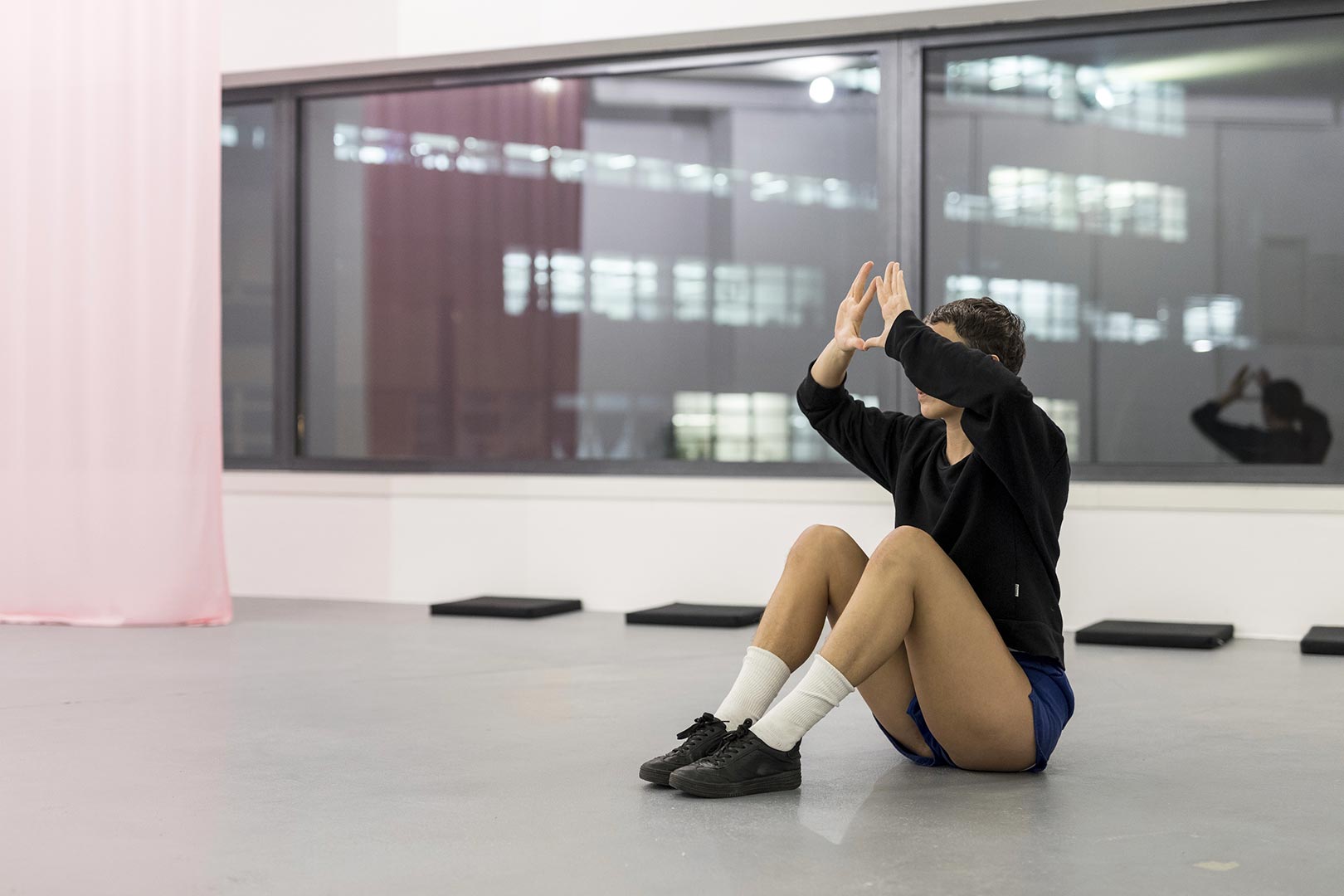 4Culture Association and WASP Studios are delighted to announce the premiere of A Luxury That We Can Not Afford (Wisdom of the Earth), the newest creation of Manuel Pelmus, one of the most influential artists of the so-called New Performance Turn, in the frame of Europalia Arts Festival Romania 2019.

A Luxury That We Can Not Afford (Wisdom of the Earth) is an intangible, live version of Brancusisculpture Wisdom of the Earth. The ongoing action proposes another kind of relation to history, collective memory and to the exhibition space from Tuesday 8 October, to Saturday 12 October,  starting 14h30, at the Centre for Fine Arts Brussels – BOZAR, on the occasion of Brancusi: Sublimation of Form exhibition.

The art work will continue it’s European tour in Romania, and it will be presented in the frame of eXplore festival #14, at Craiova Art Museum  on October 29 and 30, and on November 1st and 2nd, 2019 at The National Museum of Geology in Bucharest.

A Luxury That We Can’t Afford (Wisdom of the Earth) starts from a less-known sculpture of Constantin Brancusi, Sculpture For the Blind (1920), along with an “immaterial” version of Wisdom of the Earth (1907). The live work aims to enter into dialogue with the history and legacy of the two Brancusi sculptures through speech, movement, strategies of enactment and politics of embodiment, proposing a less canonical narrative of art history, interrogating modernist constructs, as well as imagining a notion of history in motion, open to change and transformation.

In a dark room, the “immaterial” version of the Wisdom of the Earth sculpture, built from text, will come to life for several hours, updating and entering into dialogue with the gesture of Constantin Brancusi from 1920. The text is a collage consisting of comments made over time, from 1910 to the present, by the public and critics, often contradictory about the sculpture.Wisdom of the Earth responds and speaks “back”. Using Sculpture for the Blind dramaturgy, even if we don’t see it, we will have to listen to what it has to say and how it wants to rewrite history. A sculpture you don’t see, but you listen to.

The project is supported by the Romanian Cultural Institute, within the Europalia Arts Festival 2019, and co-financed by AFCN – The Administration of the National Cultural Fund.

Manuel Pelmuș (b. 1974, Bucharest) lives and works in Oslo and Bucharest.  He is one of the most influential artists of the “new performance”, being interested in the last decade to reimagine the role of performance in the context of visual arts. In recent years, his projects have been presented at Para Site, Hong Kong (2017 – 2018), Tate Modern, London and Tate Liverpool (2016); Ludwig Museum, Cologne (2016); Off-Biennale Budapest (2015 and 2017); Kyiv Biennale (2015); Centre Pompidou, Paris (2014); Van Abbemuseum, Eindhoven (2014); Museum of Modern Art, Warsaw (2014); Para Site, Hong Kong (2014); The Venice Biennale (2013), among others. In 2012, he was awarded the Berlin Art Prize for performance arts and the prize for excellence from the National Dance Center of Bucharest in 2014. Starting October 2019, Manuel Pelmus is a “research felow” at the Oslo National Academy of the Arts (KHIO).Author: Manuel Pelmuș
With: Cristina Toma, Maria F. Scaroni
Production: WASP Studios
Co-financed by: Romanian Cultural Institute, The Administration of the National
Cultural Fund, Romania, Europalia Arts Festival
Commissioned by: EUROPALIA Arts Festival, curator Andreea Căpitănescu, for “Brancusi:
Sublimation of Form” at BOZAR Brussels
Partners: National Geology Museum – Bucharest and Craiova Art Museum
PROGRAM
BOZAR, Rue Ravenstein 23 – 1000 Brussels
OCT 8 – 12, 2019 14h30 – 16h30
JAN 23 – 25, 2020 14h30 – 16h30