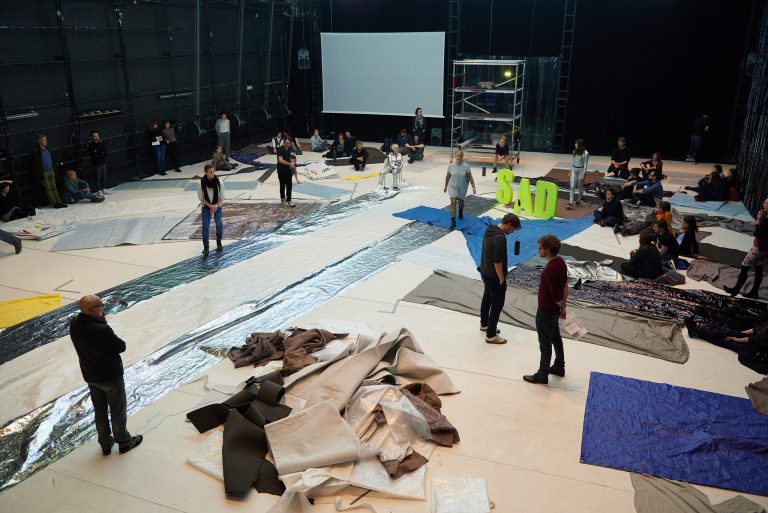 The material was created during the working cycle IDEAL PARADISE by claudia bosse and theatercombinat, that has been taking place in different spaces in vienna – the ethnografic weltmuseum, a theater and the municipal space. the artist and choreographer claudia bosse developsIDEAL PARADISE shifting space together with the sound artist günther auer and the performer rotraud kern.

Claudia Bosse is an artist, choreographer, artistic director artistic and cofounder of Theatercombinat, an interdisciplinary production company based in Vienna. After she studied theatre directing at Ernst Busch School of Dramatic Arts, she works in the field of theater (experimental) among instalations, choreography (of the space), urban interventions and she generates ”political hybrids” defined by designing the space with special constelations, adapted to each kind of audience. Claudia Bosse develops international instalations, choreography and artistic creations for museums, arhitectural ensemble, theatres and urban spaces. She teaches, holds courses, publishes, initiates or takes part in several projects, and collaborates constantly with artists and theoreticians of different artistic genres.