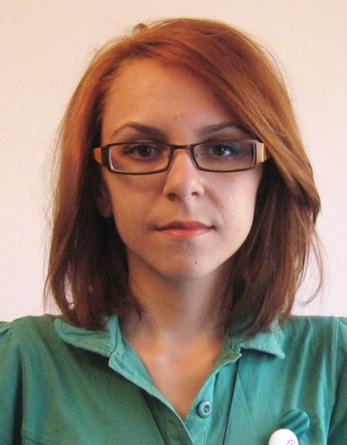 In the #8 edition of eXplore dance festival, Paula Oneț will be present as a mentor for one of the modules in the Meet the Next Generation programme.

Paula Oneț is a Romanian filmmaker, MA student at “National University of Arts Bucharest”, department of “Photography and Dynamic Image”, who has graduated the “Cinematography, Photography and Media” department of the “Theatre and Television” Faculty in Cluj-Napoca, Romania. She gained a multicultural academic background by having two residencies in Paris (2012) and Sweden (2013) and a double scholarship experience: in South Korea (2010-2011) and Turkey (2011-2012). As a filmmaker, she got involved in many segments of film development, focusing on documentary film and new media. As so, she participated to the documentary-training program Aristoteles (2011) where she worked as a monteur for the multi-awarded film „The Japanese Quince Tree” (Gutuiul Japonez). Her graduation film ”As You Like it” („dupa FEL si CHIP”) was developed in StoryDOC workshops (2012), was multi-awarded in Romania and had the international premiere at Karlovy Vary Film Fest (2013). Between other activities, like NISIMASA Experimental Film Workshop, EDN Production Forums and different Film Markets where she exhibited her films (like DOK Market in Leipzig and Cannes Short Film Corner), Paula was awarded in 2013 with a Special Mention for Academic Excellence by the League of Romanian Students Abroad. Besides this, she worked as a video-reporter for the Romanian National Television (TVR3), as an editor for different films and currently she is a visual artist for 4Culture Association in Bucharest and develops individual documentary projects.