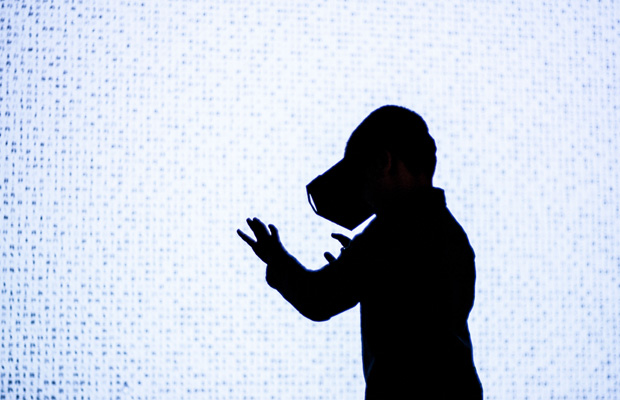 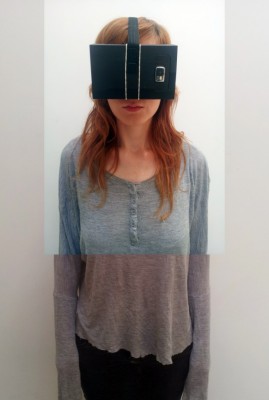 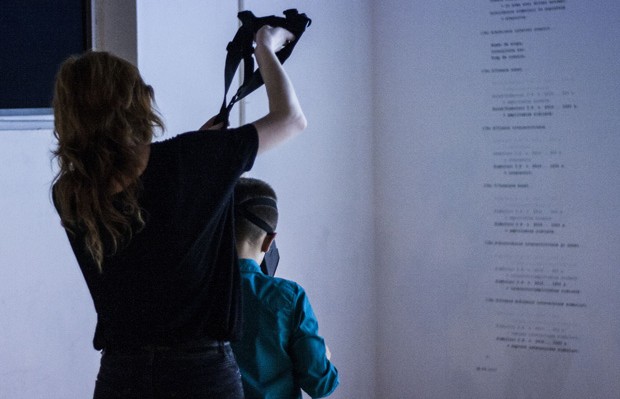 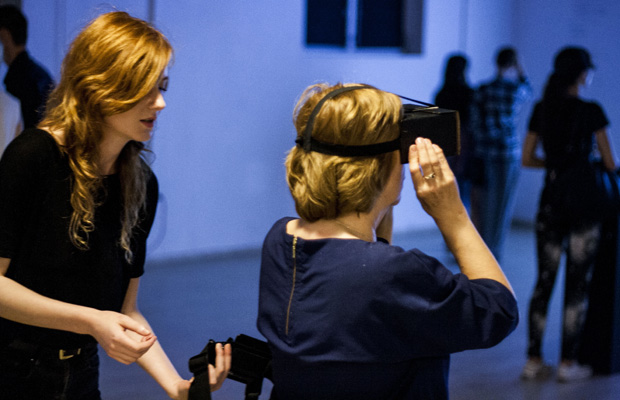 Starting from a medical particularity characterized by an abnormal organ location, Selfdystopia seeks to engage subjects in a surgery of immaterial intimacy, whose stakes are observation and awareness of subtle forms through which external stimuli configure interior mutations under state processes. Eyesights, Empathizers and Exile are modules of this approach and aim to question sensorial paradigms of movement in the structure of an interactive synaesthetic performance, with a technological base.

Due to its performative feature, Selfdystopia can be used only in the artist’s presence. During the exhibition, participation is possible only in the 16:00-17:00 time interval.

Artistic statement:
Like poetry, paradox or revelation, art involves mechanisms of compressing the real, whose coherent manipulation contains an occurrence potentiality for complex experiences in the singularity of reception. Manifested through a deflection towards the suspension in mute meanings of the habitual trajectory of thinking, this sort of impact is important in completing the instrumentary “given” of knowledge processes and requires any art practitioner (for whom the exhibit’s stake targets the beholder’s response) the effort to assimilate a competence of directing the premises of its trigger in a subject whose setup, in spite of common sense, is unique. It finally gets to a matter of ethics (if the creative act becomes profession once inside the institutional field), whose mere calling into question explains what I’d radically call harmatia of the artistic phenomenon — a context wherein the ontological relation between art and ethics is outpaced, for a while now, by a culture of alternative and difference which only potentiate, by vicious mirroring, the condition of man with broken legs before a crossroad of indicators. Here’s a performative act by which I’d motivate the split of my approach in the dichotomies of hesitation and emergence, in a (de)formation transition of the princess-artist, stuck inside de Vigny’s tower, onto an integrated professional (H. Becker) who doesn’t question his adjustment.

Delia Andrieș is one of the artists in residency at X Platform, the newest international art residency for the research and production of interactive, new and trans media projects in Bucharest.