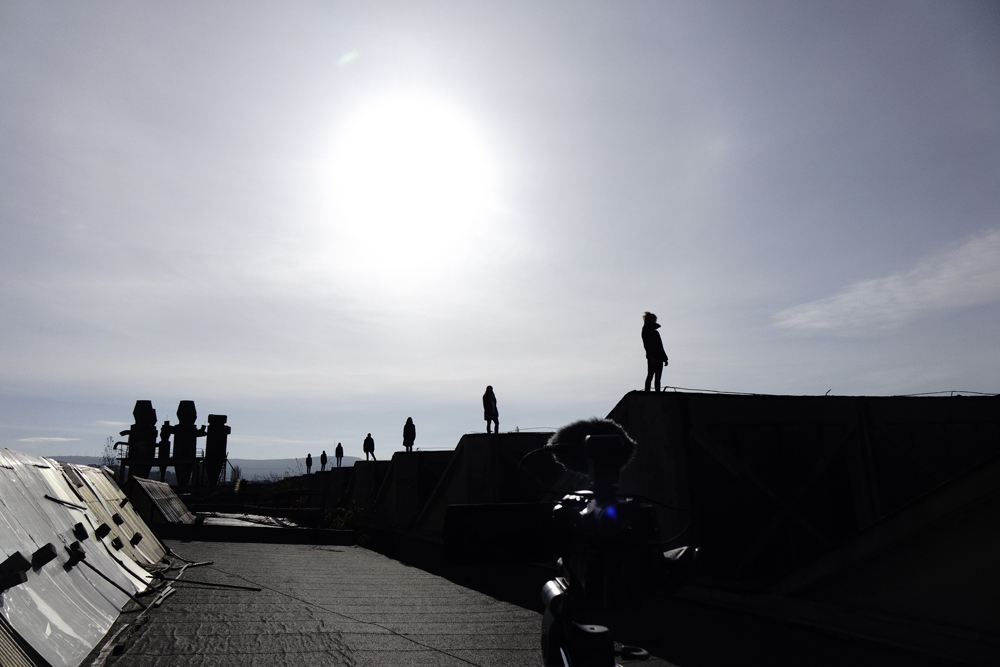 Ergonomica – dance and architecture in the urban space

4Culture and WASP Working Art Space and Production presents on 4th and 5th of November, at Casa OAR in Bucharest, the first events from the international cooperation program called Ergonomica.

Ergonomica – dance and architecture in the urban space, proposes an interdisciplinary approach, based on creativity, in order to bring together the dance and the architecture in a process of reconstruction / reproduction and urban regeneration through body and movement.

Free admission at all the events.

The Exchange, a production of the Michael Douglas Kollektiv in collaboration Dana Caspersen.

The project has been supported by Culture Department of the City of Cologne, Germany, the Land Ministery NRW, the Kunststiftung NRW and ZAIK.

Supported by the NATIONALES PERFORMANCE NETZ Guest Performance Fund for Dance, which is funded by the Federal Government Commissioner for Culture and the Media and the Departments of Culture and Arts of the German federal state.

The Exchange invites participants to join a new kind of public research to examine the question: How do we as individuals impact the level of violence in the world? During the events, participants move through a terrain of action that is brought to life by their motion and is shaped by their experience and beliefs. The events utilize simple physical actions, such as walking, gesturing, and physical imagination as tools of exchange for engaging in this collective examination.

In the current international atmosphere of heightened division across racial and ideological lines, violent interactions increasingly become an acceptable, if unwanted, norm and a sense of hopelessness often arises. The Exchange counters this hopelessness by providing participants a platform from which to consider what they believe about violence, where they learned those beliefs, and how those beliefs tend to focus their attention and actions in conflict. Through this reflection and exchange, a ground is created from which we can consider what we as individuals and communities have the power to change.

—————–
Dana Caspersen is a conflict specialist, performing artist and author of Changing the Conversation: The 17 Principles of Conflict Resolution (Penguin 2015, A Joost Elffers Book). Her work focuses on empowering individuals and organizations to create positive change in destructive systems.

In her nearly three decades as a leading artist with the Ballet Frankfurt and the Forsythe Company, Caspersen worked as a primary collaborator of choreographer William Forsythe, creating and performing as a principal artist in Forsythe’s most celebrated works. Their collaborations range from the creation of the world’s largest bouncy castle for Artangel in London to the development of internationally acclaimed stage works such as Eidos : Telos and I Don’t Believe in Outer Space.

Caspersen holds an MS in Conflict Studies and Mediation and an MFA in Dance. Her Amazon bestselling book, Changing the Conversation: The 17 Principles of Conflict Resolution, offers effective tools for turning conflict into a place of possibility. Caspersen uses choreographic thinking to create large-scale international public dialogue projects on topics such as immigration and violence. These projects have brought together thousands of people from diverse communities across the world. Caspersen teaches, lectures, coaches and mediates in situations of conflict. She was chosen as a “New Voices” presenter on “Conflict and Choreography” for the Association for Conflict Resolution Conference, has been nominated for the Laurence Olivier Award for Outstanding Dance Achievement and received the Bessie Award for Outstanding Creative Achievement.

Built around a core group of dance artists the Michael Douglas Kollektiv continually investigates the intricacies of realizing dance productions through a collective process.

Founded in 2009 by former ‘pretty ugly tanz köln’ dancers and choreographers Michael Maurissens and Douglas Bateman, the Kollektiv engages with the practical and theoretical aspects of collaboration, inviting artists and theorists to research concepts of performance.

Ergonomica is a cultural program produced by 4Culture, in co-production with WASP Studios.

The project does not necessarily represent the National Cultural Fund Administrationțs point of view. AFCN cannot be held responsible for the contents of the project or for any use which may be made of the information contained therein. These are entirely the authors’ responsibility.

A cultural project co-financed by the Ministry of Culture.