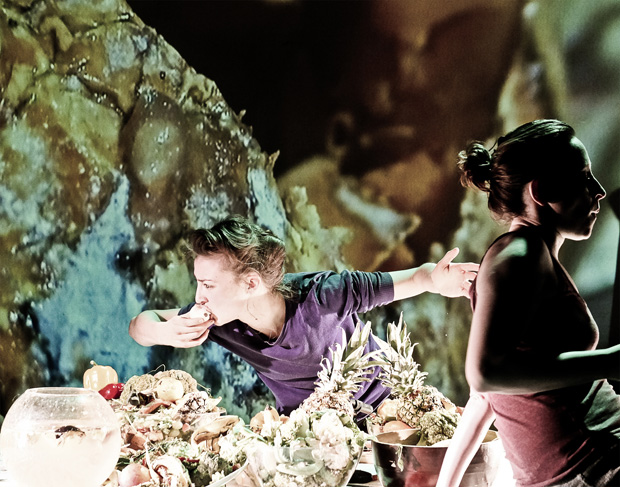 Canadian dancer and choreographer living in Vienna. Following her classical training, Stephanie graduated from the University of Calgary in 2000 with a Bachelor of Arts in Dance. She worked in Calgary with Nicole Mion and in Vancouver with battery opera. She has been living in Vienna since 2001 and has worked with Johannes Randolph, Tanz*Hotel, Doris Stelzer, Hubert Lepka, media artist Markus Wintersberger and Toxic Dreams. She has been working with Chris Haring since 2003 and and together with him, Andreas Berger and Thomas Jelinek founded Liquid Loft in 2004 and has collaborated on and performed in every piece since the company’s inception and has worked as Haring’s choreographic assistant. In 2004 Haring choreographed the solo Legal Errorist for her for which she was named Outstanding Young Dancer in Ballett-Tanz Magazine. She also received a danceWEB scholarship in 2004. She has collaborated on various film projects with artists such as Mara Mattuschka, Erwin Wurm and Harald Hund. Stephanie’s own choreographies include Rodeo Queens (2008) a kind of magic (2010) and Happy Together (2011). In 2009 she was invited as a choreographer to be part of Beyond Fr@nta, a project between dance organisations in four different EU countries. Her solo work includes Ah Poetry (Szene Salzburg, Impulstanz), the short solo P.S. which was commissioned by Tanzquartier Wien for the opening of their new season, as well as her lecture performance Redneck to Cyborg: A Shared Transformation which premiered in Tanzquartier in 2009. In 2012 she created the short solo aurora borealis for the Austrian Dance Platform in Impulstanz. Most recently Stephanie played the lead role in Gustav Deutsch’s latest film Shirley:Visions of Reality which premiered in 2013 at the Berlinale and continues to be screened at various international film festivals. She often teaches professional training Tanzquartier Wien as well as giving workshops internationally.

The work of Liquid Loft “depicts the body as a cybernetic landscape” and reflects the experience of changes in our perception as well as our bodies, interconnecting contemporary dance directly with other forms of contemporary art, in order to create a cohesive all-embracing piece of art.
http://www.liquidloft.at