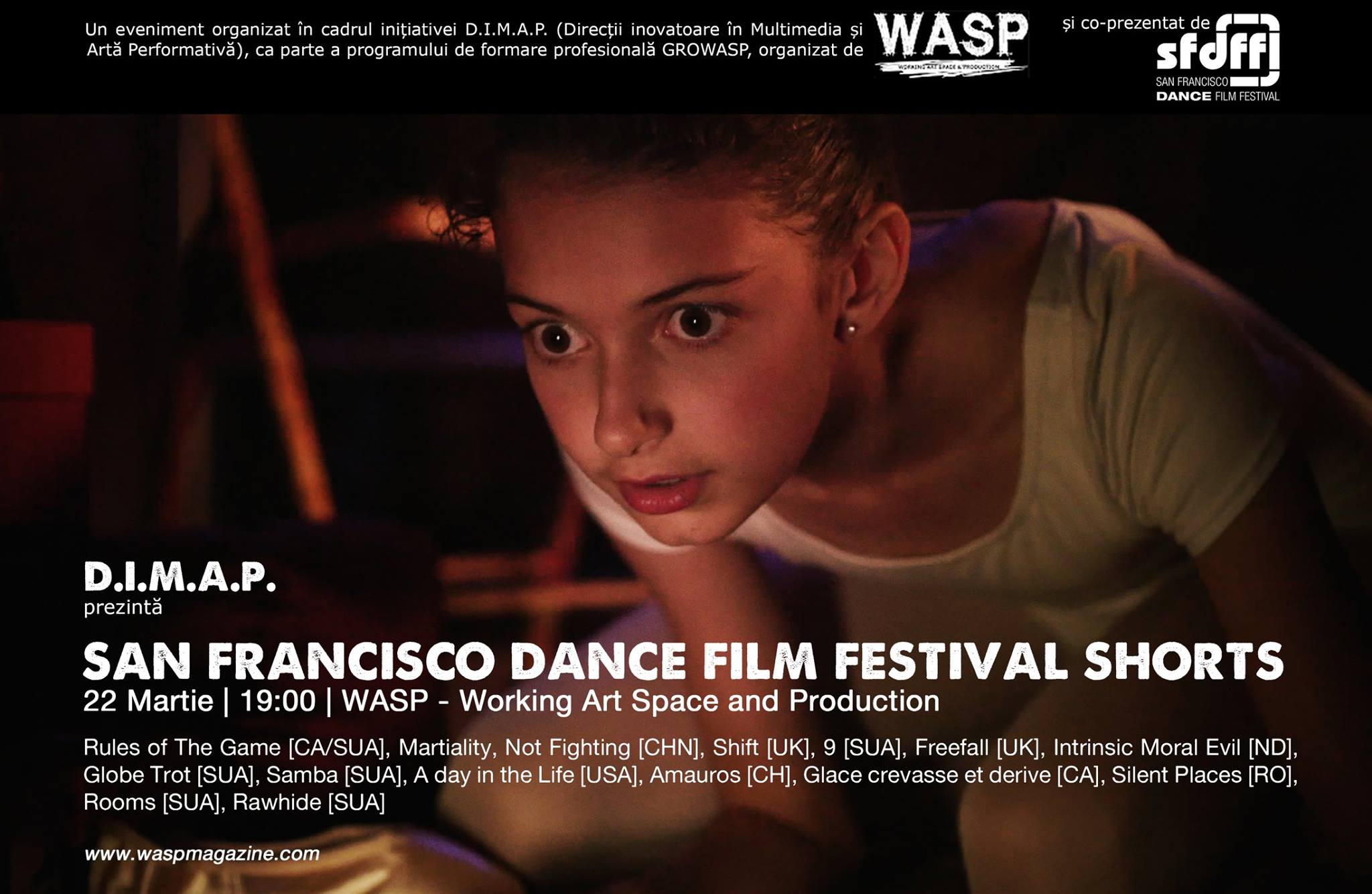 WASP – Working Art Space and Production launches the first series of special screenings with the most appreciated dance films in the world, co-presented by dance film festivals from Europe and USA. The screening are part of I.D.M.P.A. (Innovative Directions in Multimedia and Performing Arts), in the frame of GROWASP – Ground for Research an Education, a program organized by 4culture and WASP-Working Art Space and Production with the purpose of providing new perspectives for the young artists with or without professional studies and the desire to integrate them in the international context of contemporary art development by offering training sessions in fields which are not available in the institutionalized educational system. I.D.M.P.A. is coordinated by choreographer and artistic director Simona Deaconescu.

Sunday March 22, 7 pm, takes place the first dance film screening from the series, co-presented by San Francisco Dance Film Festival. In the line-up you can find films selected and awarded at SFDFF, innovating in matter of concept, aesthetics and technique used.

Powerful and narrative these films are going to keep you breathless, exposing fundamental issues related to war, morality, identity and growing up.

Awarded “Honorable Mention” for “Best Screendance Short up to 10 minutes”

Innovative and futuristic as a concept and technique used, these films are going to amaze you as they are at the border of dance and performance.

These films create a special relationship between the body and the material and psychological space.

Attendance is free of charge. The participants from The GROWASP program have priority.

This screening is a special event organised by WASP – Working Art Space and Production and co-presented by San Francisco Dance Film Festival. It is strictly forbidden to record or photograph any of the films from the schedule.