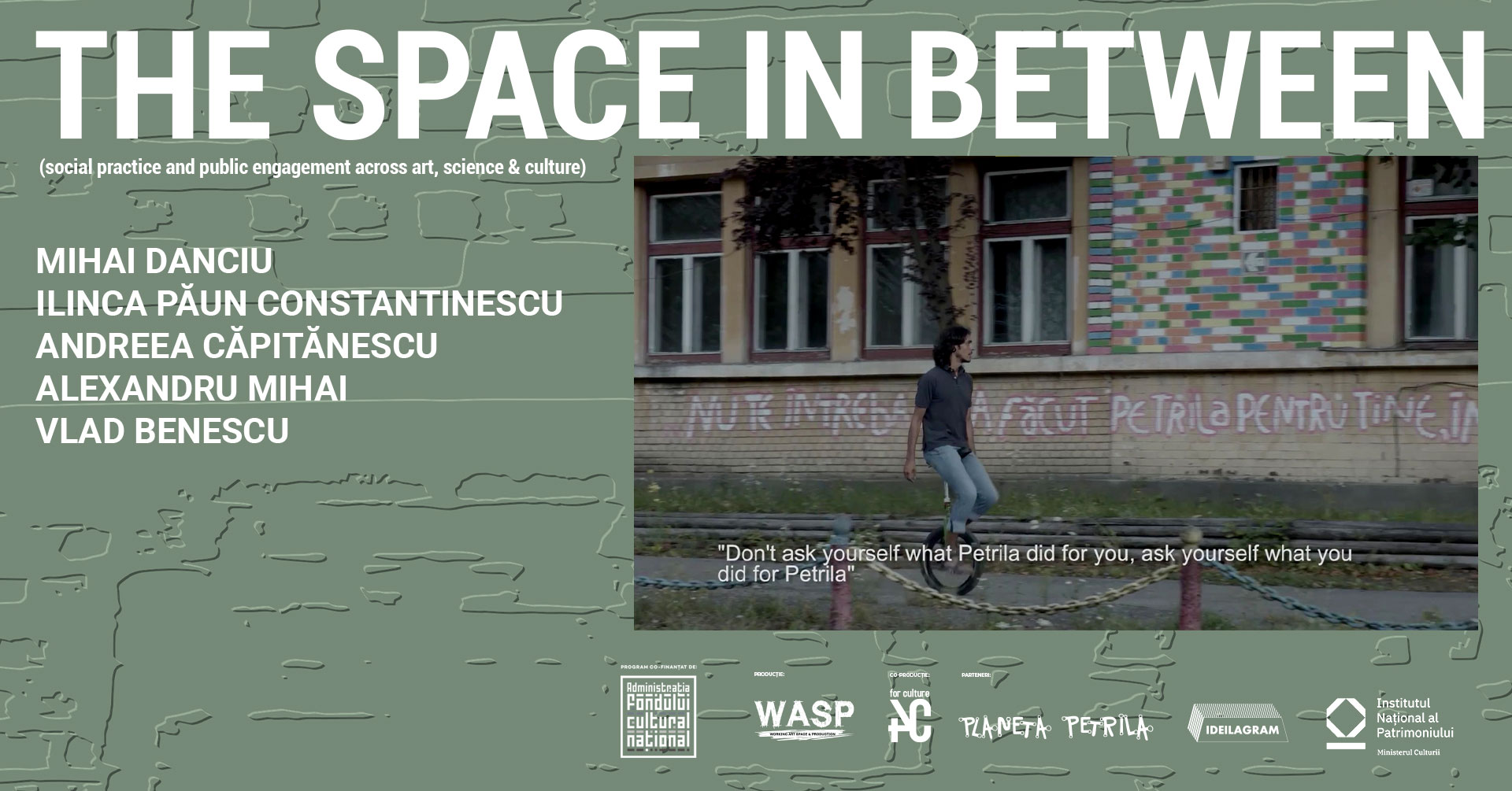 The space in between

Greening mining sites by demolition means erasing the entire history of mining in this area. The six mining towns in the Jiu valley, which appeared after the Industrial Revolution and the beginning of coal mining, from east to west, are: Petrila, Petroșani, Aninoasa, Vulcan, Lupeni and Uricani. Each city is crossed by a main road and a stream – East or West Jiu – and has a mine. The exception is the city of Petrila, in the perimeter of which are 2 mines, Petrila and Lonea. The first mine in the Jiu Valley was opened in Petrila in 1859: the Petrila Mine. Petrila is a cosmopolitan city, hometown of important cultural personalities, such as ID Sirbu (1918-1989), Ludovic Bacs (1930-2015), Ladislau Schmidt (1930-1994), Ion Barbu (1953), with a valuable industrial heritage which the community wants to keep.

In 2019, 7 years after the reconversion of one of the industrial halls of the Flaros Factory in Bucharest, into the contemporary art space WASP Working Art Space and Production, the curator of WASP Studios, Andreea Căpitănescu, started a multidisciplinary program of dialogue, research and creation, between professionals in architecture, visual arts and performing arts, and organizations active nationally and internationally. Thus, events such as the Performance, Architecture and landscape symposium (Bucharest, Brussels, Charleroi), Performance Situation Room, Zoom in/out, Urban visual incursions, have been organized so far. In 2019, a long-term collaboration also began with the Planet Petrila Association and the Ideilagram Association, actively involved in the process of saving and refurbishing the Old Preparation Petrila building.

In 2020, the Planet Petrila Association organized a public consultation of the population, which was also attended by representatives of the City Hall of Petrila, on the topic of population options in order to refunctionalize the building of the Old Preparation. Respecting the sanitary protection norms, 20 people from Petrila City participated in the event. The consultation was moderated by architect Ilinca Păun Constantinescu, and a video-art material was made by the curator Andreea Căpitănescu and the image director Alexandru Mihai, with the participation of the actor Vlad Benescu.

The population’s options regarding the new functions of the building included the following possibilities: the insertion of museum functions, in connection with the mining activity or contemporary art; insertion of sports or leisure functions; the insertion of public alimentation, with mining or traditional specificity; the use of the on-site railway for easy accessibility for both residents and tourists. One thing is certain: Petrila Preparation has the chance, through rehabilitation and reuse of existing spaces, to become in the future a space accessible to the general public, preserving the memory of the locals, respecting history and cultural heritage. However, this process is a long one and largely depends on the political will and determination that will be shown by all non-profit organizations and individuals involved, dedicated to saving this historic monument.

At the same time, in Bucharest, the industrial platforms in the southern area have largely disappeared, and in their place residential neighborhoods or business centers have been built. The few initiatives that still exist (WASP / FLAROS, Timpuri Noi, NOD / The Cotton Factory) manage to keep alive, through a process of a responsibly assumed reconversion, the image of an industrial heritage of the past. But how are these initiatives perceived in the local contemporary artistic space, compared to similar approaches in Europe?

Through the project „The space in between (social practice and public engagement across art, science & culture)” WASP Studios aims to create a digital archive that includes the latest artistic and cultural actions carried out in Petrila and Bucharest (at WASP), through which to bring to the public consciousness and of the political decision-makers, the potential of the industrial sites and of the spaces that can coagulate, activate and develop the local communities, and to request the support of the existing steps, through concrete actions.

The results of the collaboration between the project partners and the artists involved are presented online on the website www.waspmagazine.com, and consist of texts, photos, video works, public dialogues. The project will be continuously updated and publicly promoted.

The project „The space in between (social practice and public engagement across art, science & culture)” is curated by Andreea Căpitănescu, UNARTE PhD student, artist, curator and cultural manager, in collaboration with architect Mihai Danciu (lecturer at the West University of Timișoara and the University of Chișinău, general secretary of the Planet Petrila Association and PhD student of UNAUIM) and architect Ilinca Păun Constantinescu (president of the Ideilagaram Association). 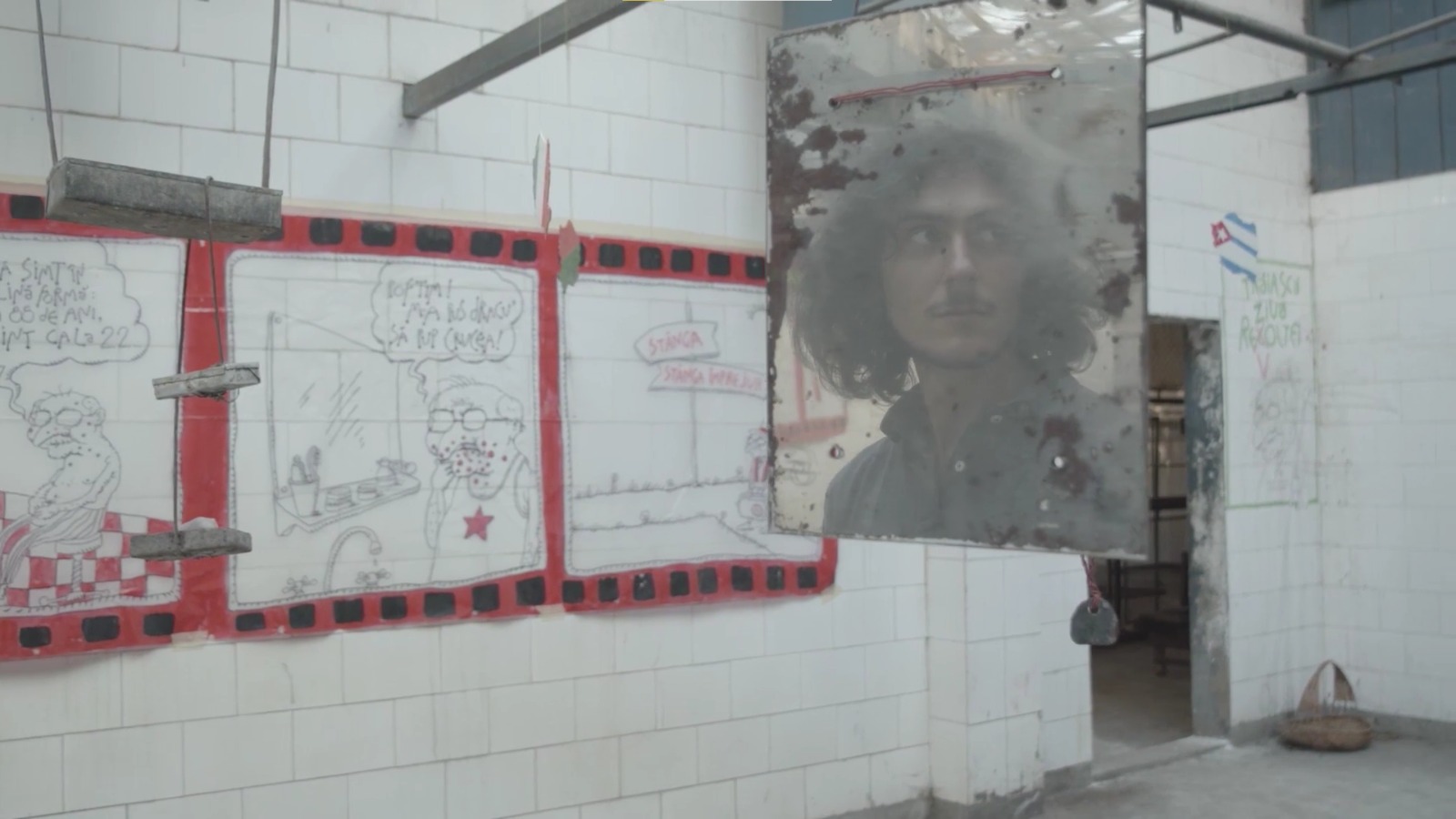 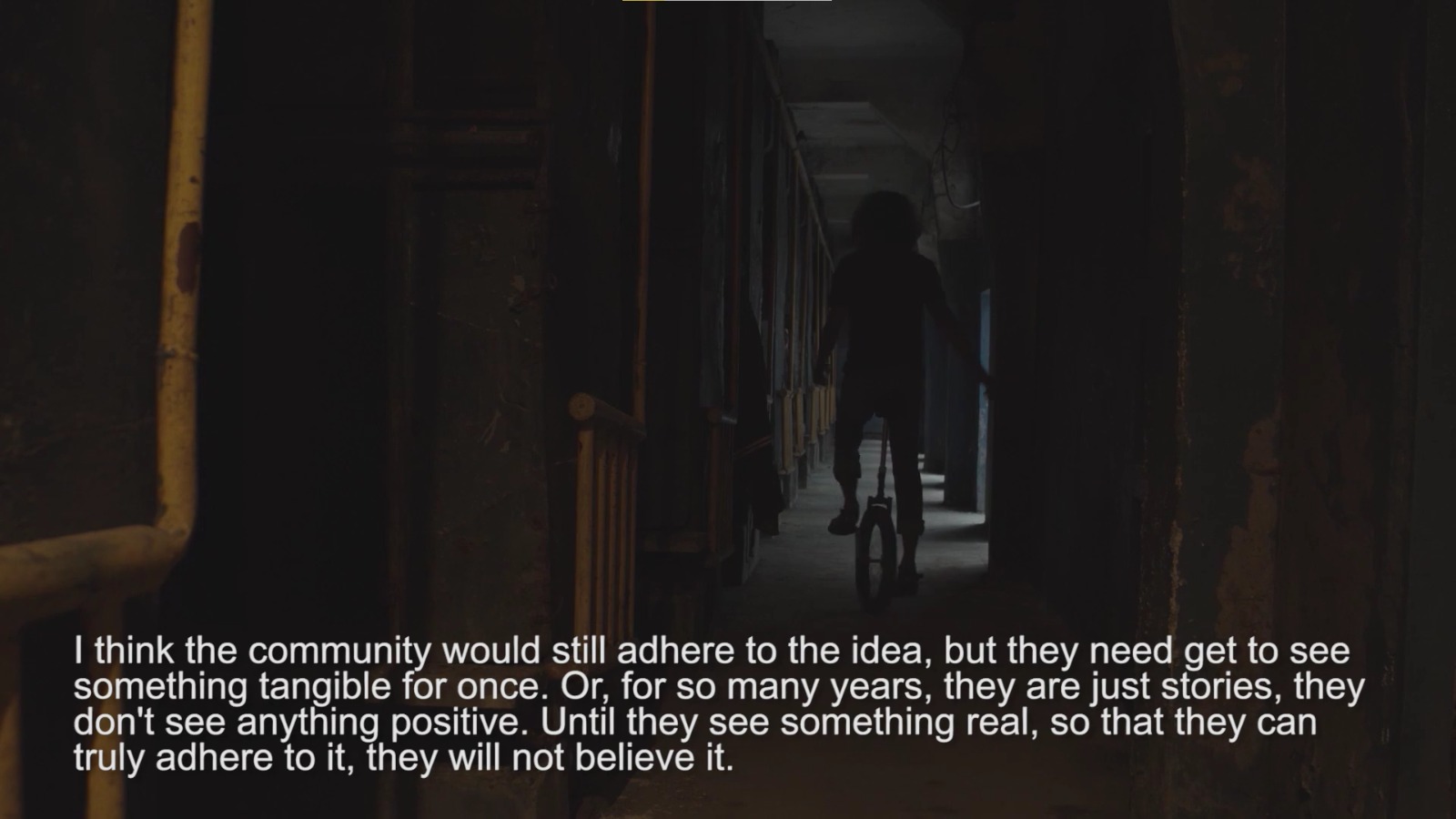 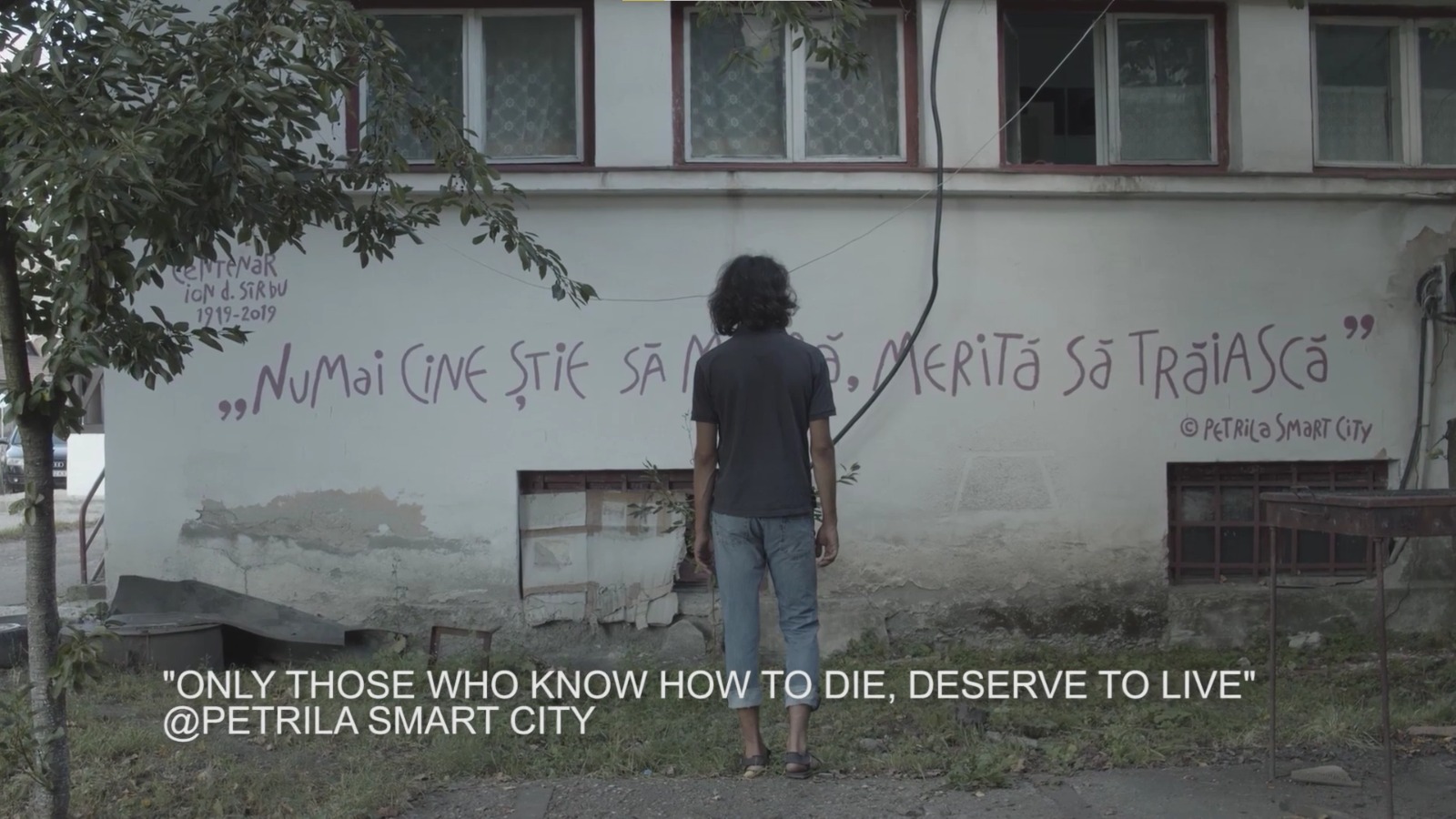 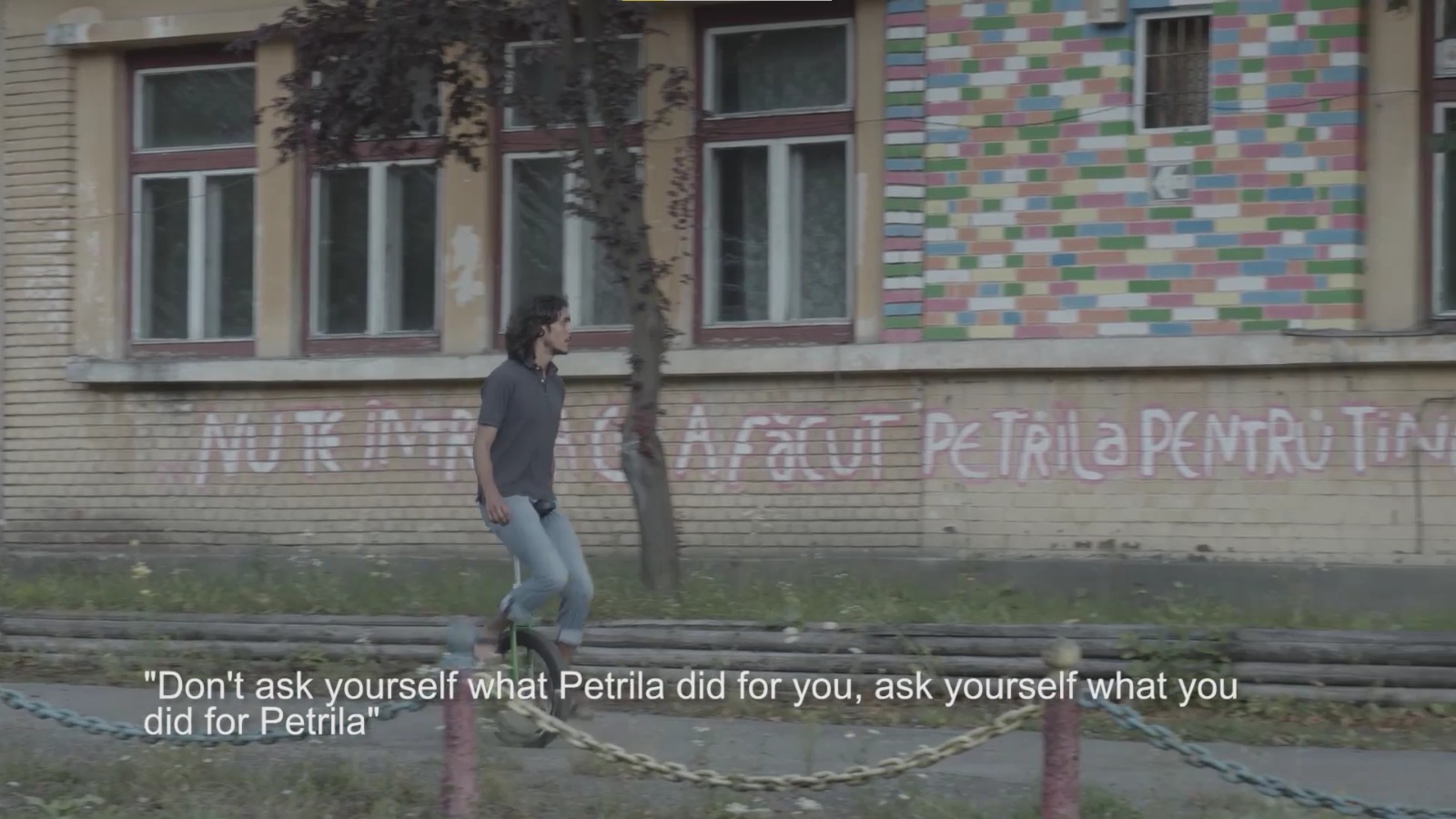