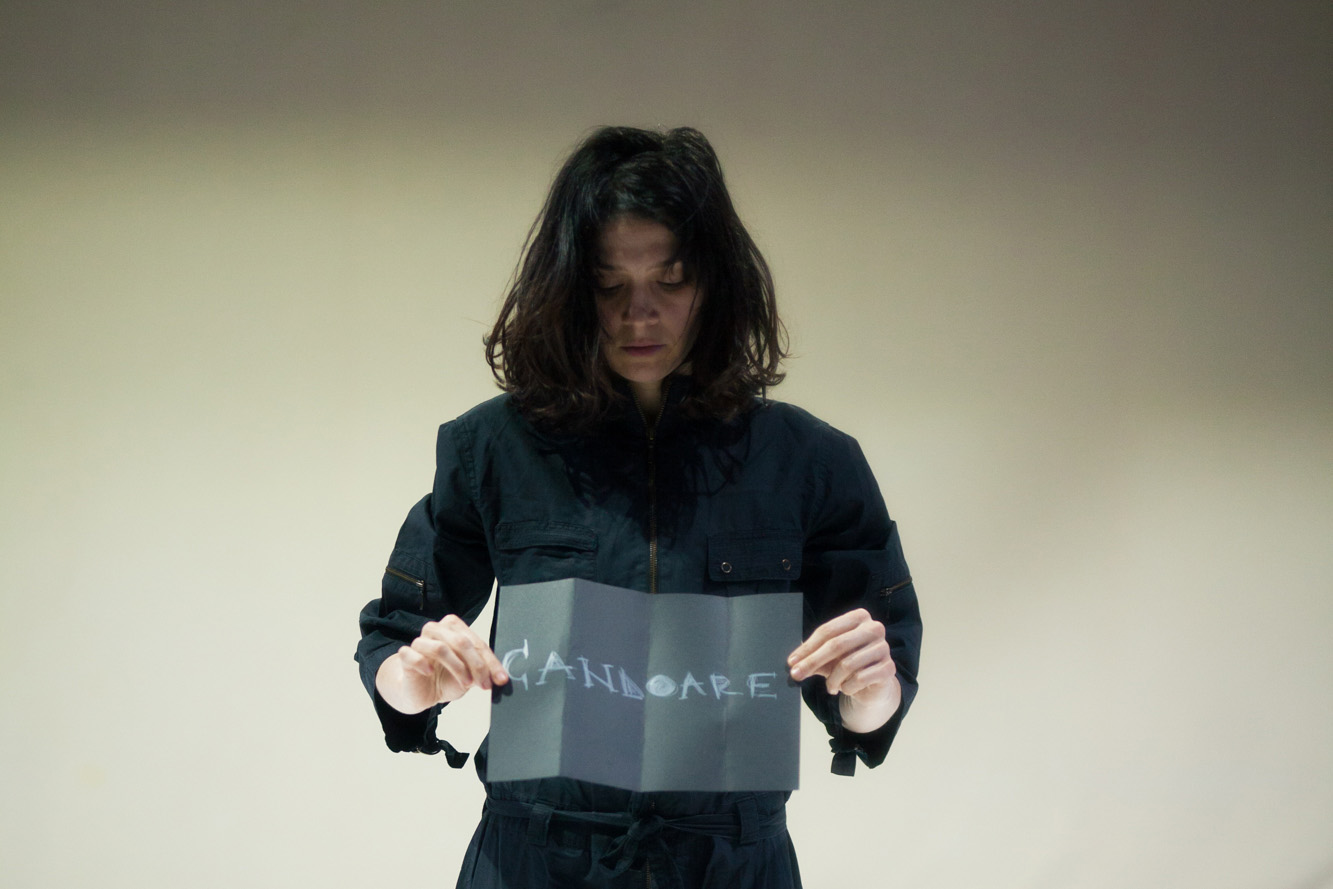 “My body is my only pet.
I take care of her, I feed her, but I haven’t yet managed to speak to her.
A friend from Canada has told me recently that she could.
I honestly envied her, especially when I decided to shrug off all the excuses and start running. This stinker habit which gets you out from the house in any weather…”
(Ana Maria Sandu, Run)

Silvia Călin about “Run” :Each time when I read a text which leaves some traces in my DNA, I start almost reflexively an exercise through which I imagine how a dance piece would look like. Most of the word remains somewhere inside me and outside emerge only images, pulses, fragments of text…After I received Ana Maria Sandu’s book, “Run”, from the actress Nicoleta Lefter and read it, I thought that the first thing that I have to do is not to damage the text- a text that I like so much, and to fully valorize such a great actor. So, my challenge with this piece was to find the balance between word, movement and image.

Graduate of the Choreography High school “Floria Capsali” and of the National University of Theatre and Film “I.L. Caragiale”, Choreography specialization, awarded in 2000 at International Eurodans from Iași, Silvia Călin participated at workshops of contemporary dance led by Pascaline Verrier, Pascal Allio and Christine Bastin and was a member of ”Odeon Ballet” Company. She signed choreographies for theatre pieces directed by Teodora Hergheliu and Dragoș Galgoțiu.

Considered one of the most versatile actresses of film and theater from her generation, Nicoleta Lefter has been part of many independent theatre productions and employed at Odeon Theatre from Bucharest. For the part from the independent piece ”Three tall women” she received the Public’s Award for Best Actress in 2012, at the Marathon of Independent Theatre Bucharest. She also received the „Timica” Award for Best Actress and Young Hope with the piece „Titanic Waltz”, at the Boulevard Festival of Nottara Theatre.