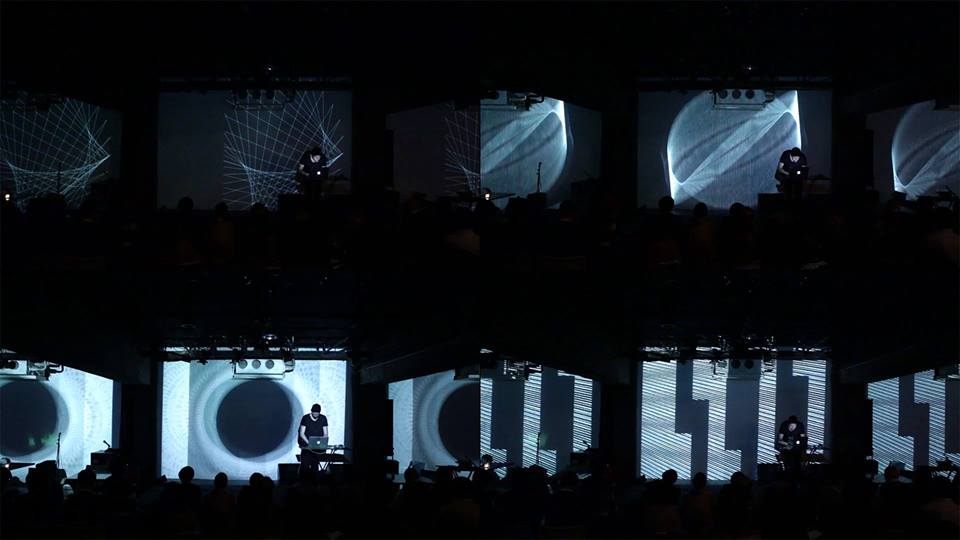 “Zwölftonform“ is an audio-visual performance by Andreas Lutz from 2015. Following the formal rules of dodecaphony, for “Zwölftonform” twelve consecutive titles are composed exclusively with twelve consecutive frequencies. The basic structure for each title is made up by to twelve different sound samples from a previously generated sine waveform. Built on this basis these arrangements reference and illustrate especially over time the complexity and increasing compression of the original shape.
At WASP Bucharest, “Zwölftonform“ will be presented as a performance and as an immersive installation.

Andreas Lutz’s (b. 1981 in Freiburg) initial works refer to alternative human machine interaction to create integrated and universal communication systems. In his recent work he increasingly analyzes and reveals phenomena of perception versus reality and principles of abstract aesthetics with audio-visual installations. The creation of experimental soundscapes and the relation of semiotics and sound are further aspects of his work.
Lutz’s work has been exhibited at the Center for Art and Media (ZKM) in Karlsruhe (Germany), the National Art Center Tokyo (Japan), the OpenArt Biennale in Örebro (Sweden) and won the Excellence Award at the 19th Japan Media and Arts Festival.