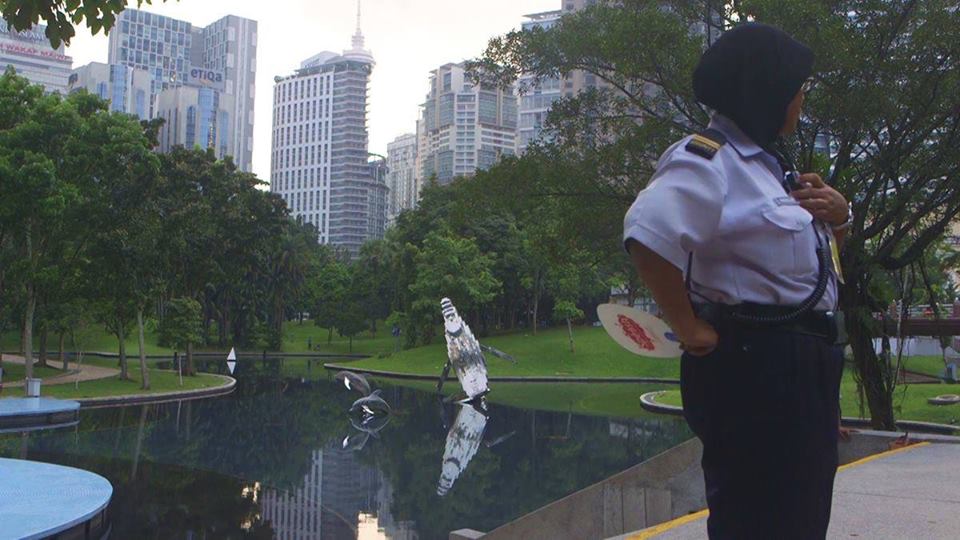 The video-sound installation “A City for Ionuț” is related to the case of Ionuț Gologan, a Romanian awaiting execution in Kuala Lumpur. I tried meeting him several times in the summer of 2015. I initially benefited from a residency generously offered by Wei Ling Gallery (KL). This time was meant to help me focus on works related to a large immigration project that I have started in 2011. When I arrived, I gave all of my energy into trying to contact Gologan. Still, I found it impossible to arrange a meeting.
Thus, I decided to create a film-guide for Ionuț, which brought me into an interrogation room – for having illegally filmed the streets (I had not obtained any official permit for filming). The work is an intimate guide to Kuala Lumpur that I intended to present to him. Gologan is a Romanian citizen awaiting execution in Malaysia (as of June 2015).

Ionuț Gologan was arrested on June 26th, 2012 on Kuala Lumpur International Airport having transported 1494 g of methamphetamine. Gologan was a 20 year old man that tried to make a living as a part time driver at the time of the arrest. He was sentenced to death on October 16th, 2013. The Court of Appeal from Putrajaya decided to reject Gologan’s appeal on February 16th, 2015.
The Romanian never got to see the city that demanded him to pay with his life. (Daniel Djamo)

BIO
Daniel Djamo (b. 1987, Bucharest, Romania) is a Romanian artist interested in personal and group histories. He combines installation with video art and photography in order to evoke the past and to underline “the now.”
Winner of various art awards, Daniel benefited from residencies in Paris, Kassel, Chemnitz, Bruxelles, Vienna and Liege. He exhibited at the ESSL Museum and the Moscow Museum of Modern Art, while also presenting his works in Germany, Italy, Canada, Netherlands, USA, Russia, Portugal, England, etc. His video artworks have been screened in numerous video art and film festivals. He is curently a PhD candidate at the National University of Fine Arts from Bucharest.