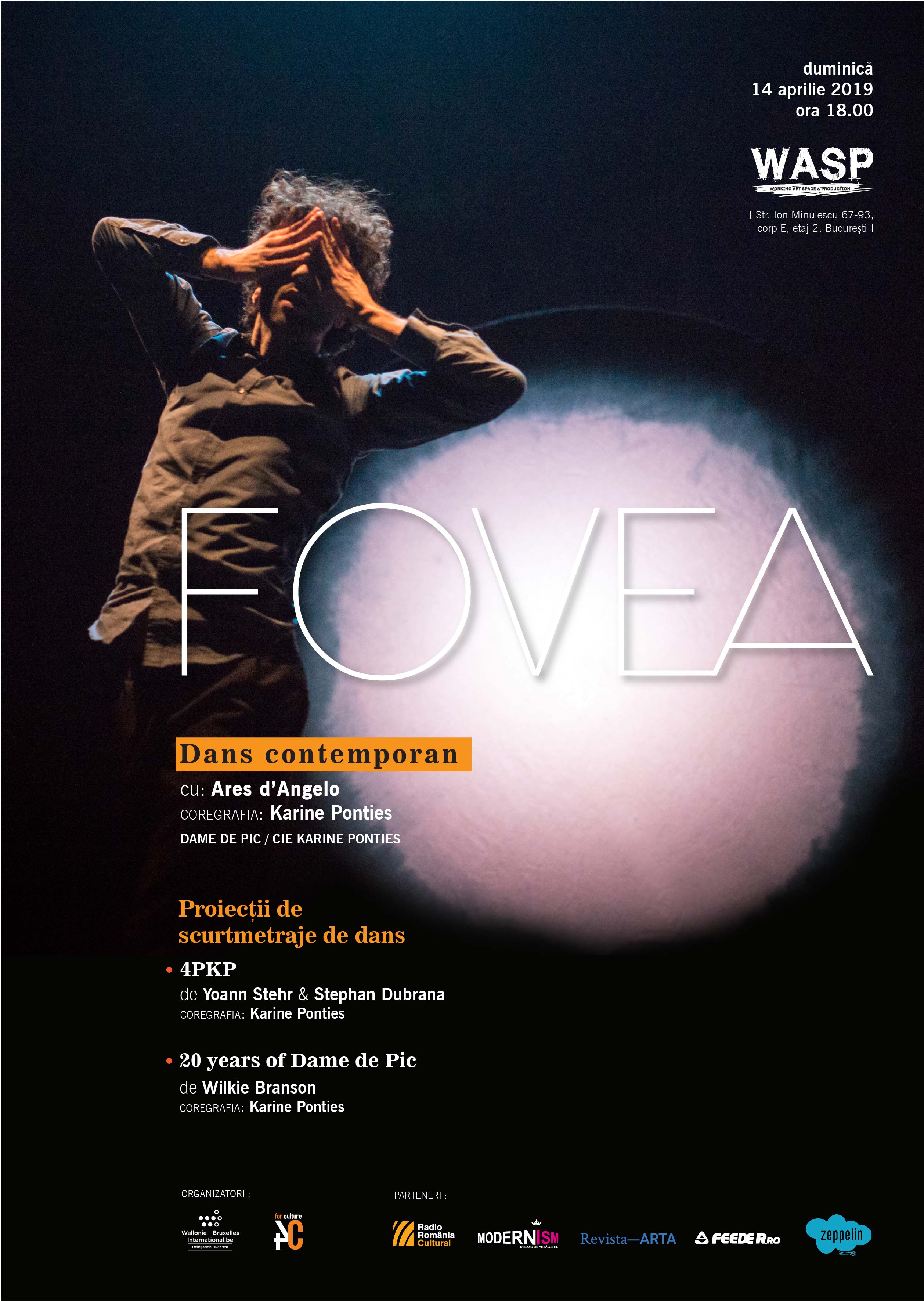 4Culture and Wallonie-Bruxelles Delegation in Bucharest have the pleasure to invite you on Sunday, 14th April, starting 6 pm at WASP Working Art Space and Production at FOVEA, one of the newest creation of Dame de Pic/Karine Ponties followed by the projection of two short dance films produced on the anniversary of twenty years of the company.

FOVEA is the rewriting of a body swept through by holes, by glimmers, by moments of incoherence. It is a project develloped from the desire of Karine Ponties of working with Ares d’Angelo in great detail, which fascinates and contradicts her.  A being’s identity is the struggle between two hemispheres that send opposite instructions, and in him this is pushed to the extreme. In his body electric impulses trigger muscle contractions and develop into an augmented force in a state close to unconsciousness.

The performance was presented for the first time in March 2019 at the National Theatre in Brussels, in the frame of XS Festival. On the 15th of April the piece will be presented also in Timisoara at the opening of Cafékultour festival.

Karine Ponties is the artistic director of Cie Dame de Pic, choreographer and performer. Along it’s twenty years of activity she created over forty dance pieces. Her work is characterised by a flair for the absurd, exploring intimacy and interlacing relationships.

Ares D’Angelo was born in Bologna, Italy. He studied classical and contemporary dance and choreography at Balleto di Toscana and at IT Dansa in Barcelona. He worked with choreographers as Roberto Zappalà, Lanonima Imperial, Anu Sistonen. Since 2012, he lives in Brussels, where he works with Dame de Pic – Karine Ponti, Uma Umma Dance, Marielle Morales and Salia Sanou.

The event includes the presentation of two short dance movies, produced at the anniversary of twenty years of activity of cie Dame de Pic: „20 years of Dame de Pic” by Wilkie Branson and „4PKP” by Yoann Stehr & Stephan Dubrana, on choreography of Karine Ponties.