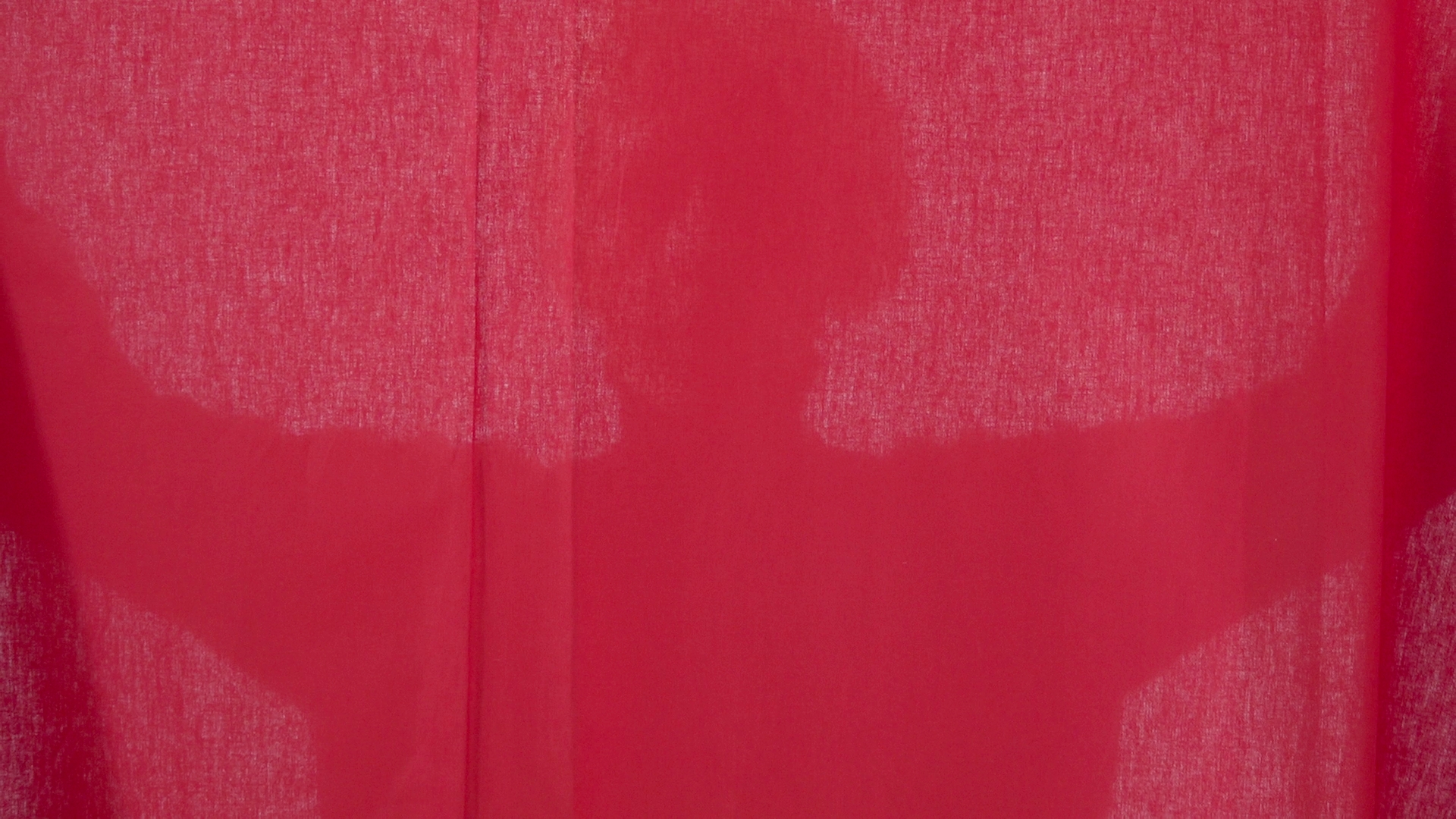 In the gallery, Iulia Toma listens to the little echoes of her steps. She crosses the space in the right line, twists on the heel and starts again.

The echoes arrive late, they hit the walls. Three steps to the left, none to the right, raise the yellow color and stretch it to the room, look at her silhouette as that of a performer. The screen breaks violently, the steps turn into cut-off sounds, and violence raises violence. The blue is soft and the white sounds gloomy.

Iulia Toma tests the perception of the hidden sounds on the textile surfaces and in this way she makes them whisper. The sections becomes round lines, broken sounds and discontinued colors, and they rearrange today in a shape of a white-white-blue tsunami.

Iulia Gabriela Toma lives and works in Bucharest, using as preferred media textile fabrics, along with photography, installation and text. Social themes such as feminism, human rights, inter-personal relations in closed communities, urban materiality of inhabitation or social equity are the object of her pursuits.

She teaches at the Arts & Textile Design Department of the National Arts University of Bucharest.