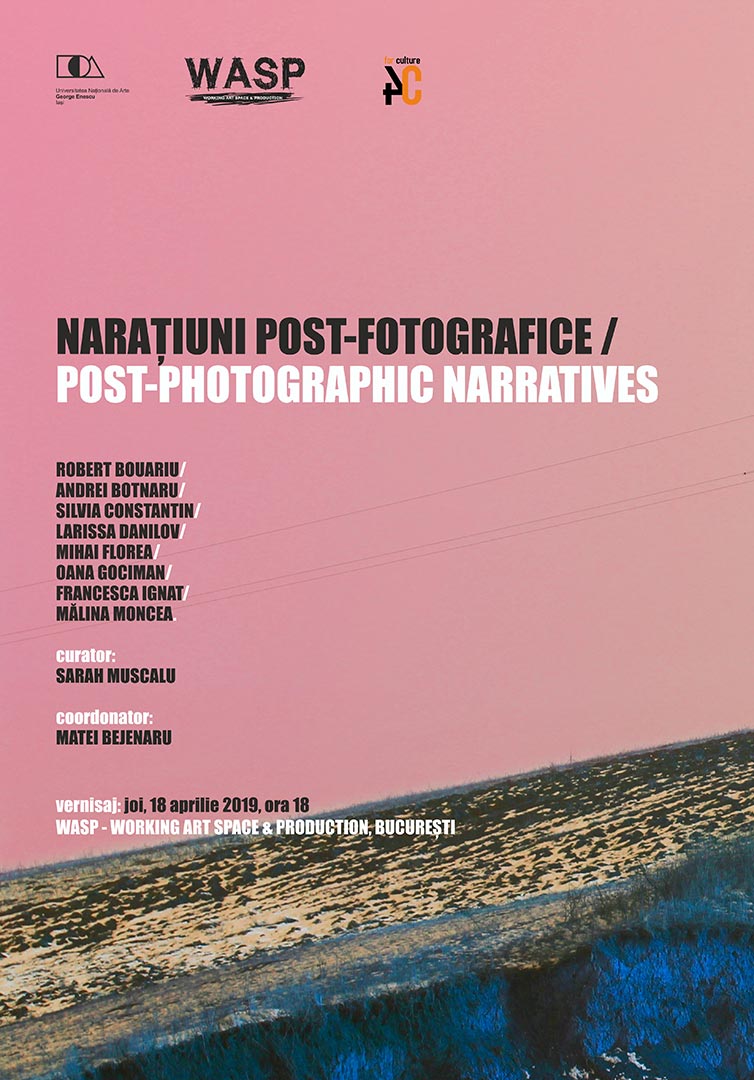 On Thursday, April 18th, 2019, starting 6 p.m., WASP Working Art Space and Production (67-93 Ion Minulescu Street, Bucharest) will host the opening of Post-photographic Narratives, an exhibition produced by the Photo-Video students from “George Enescu” National University of the Arts in Iasi, coordinated by Matei Bejenaru, curated by Sarah Muscalu.
This project functions as a series of dialogues between the past, present and future built through the post-photographic language, common for the artistic practices exhibited. The visual solutions developed by these young artists propose specific contexts in which references to the past are working with subjects as memory and its reconstruction, the present is represented by the interactive dimension of the installations works which encourages unique, authentic and individual experience, leaving the references to the future narratives to be supported by digitally processed photos and three-dimensional printed objects that become vectors of rematerialization.
The exhibition ensemble is built on the active principles of memorizing, documenting and interpreting reality, each of the eight participating artists assuming their detachment of the real, redefining the notion of photographic truth. The plurality of the proposed discourses strengthens the syncretic character of the practices by which questioning of materiality becomes the result of the recycling of information in its various forms.
The exhibition can be visited until 25th April 2019 by appointment at coordination@4culture.ro / +40728083295.
WASP Working Art Space and Production
67-93 Ion Minulescu Street, building E, 2nd floor, Bucharest
Post-photographic Narratives Opening
Sharing
Tags photography, video installation, visual arts