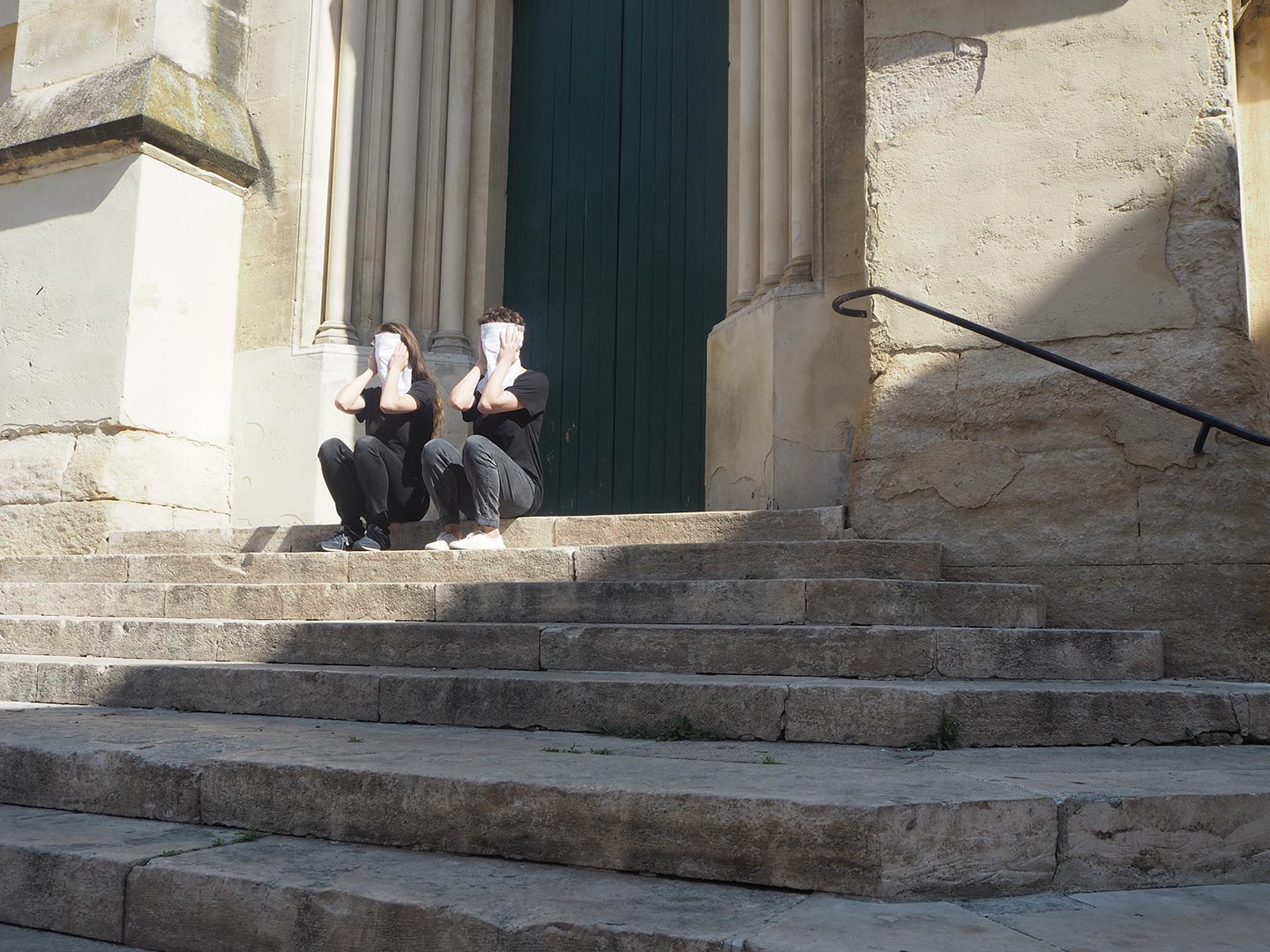 Micheline Dufert – urban explorer in the company of her partner Francis Pourcel, route tracers who break the territorial barriers of their city in Charleroi. Through their blog – cheminsdesterrils.be – and their exploratory guided tours, Micheline questions the links of love / hate towards the landscape. Micheline tries telling a story about the landscape and together they “made” the Black Loop.

The Black Loop: through industrial landscapes, post-industrial, urban and semi-rural areas of Charleroi, a signposted trail connected to the Great European Hiking Trails runs along the city’s founding watercourses, along with castles and industrial cathedrals, ancient lanes, sneaks into an English park, crosses old railway lines reassigned for the walk, invites people into a glaucous tunnel, passes through the walls, explores the remains of a mining site, a walk in a reinvented forest, climbing heaps of balconies on the city, crosses slag-territories.

Micheline and Francis are musicians. Their music is related to the industrial landscape of Charleroi during the years 75-1982.

Born in Bucharest in 1982, Ilinca Păun Constantinescu earned her PhD degree in architecture in 2013. She currently practices architecture at Ideogram Studio, teaches theory of architecture at “Ion Mincu” University of Architecture and Urbanism Bucharest, and leads cultural projects within the IDEILAGRAM Association. Together with her team from IDEILAGRAM, she led two major researches and exhibitions: Shrinking Cities in Romania (MNAC Bucharest, 2016), On Housing (Timco Halls Timișoara, 2018), and edited Shrinking Cities in Romania. Orașe românești în declin (DOM publishers&MNAC Press 2019).

In the same evening of July 2, artists Eve Chariatte & Laura Kirschenbaum (FR) will present the Diaphragm leap!? performance. This starts with a research in the studio via a body practice, as a base for the choreographic work. The work is focused on the relationship between the emotions and their expressions through the body – mainly laughing and crying. The research is activated by a body practice based on the center and a muscle, the diaphragm. Let’s imagine that it’s from this fibrous umbrella that architectural forms of emotions emerge in the visible space. Those forms create different figures, or characters, that we called the mourner and the laugher.

The voices of the two protagonists, Laura and Eve, are entering in an interplay between consonances and dissonances. This work is an attempt to communicate without words: between two bodies, between audience members and the dancers, and in the end to possibly share a common experience based on emotions.

Eve Chariatte is a dancer and choreographer from Jura, Switzerland. After a year spent at Rudra Béjart in Lausanne, she studied in Austria at the Salzburg Experimental Academy of Dance (SEAD) where she earned a BA Major in Dance in 2010. Her current artistic research revolves around the notion of work, production, efficiency and questions forms of re-presentation. Inspired by the DIY spirit, she is particularly involved in the organization of multidisciplinary residencies. She presented her work at Tanzquartier Studio Vienna, Dampfzentrale Bern, Arsenic Lausanne, Zeitraumexit Mannheim. She also practices shiatsu.

Laura Kirschenbaum, born in Milan (Italy) in 1986, lives and works in Montpellier (France). She works as a dancer with independent choreographers in parallel with her studies in dance and art history in Israel. She has been a member for two years of the performative research group “Public Movement”. Her current research invests the notion of contradiction.

The public presentation Diaphragm Leap!? is organized within the symposium in partnership with Institut Corégraphique International – CCN Montpellier. Eve Chariatte and Laura Kirschenbaum were nominated by ICI – CCN Montpellier, through the Dance Hub activity, to take part in the creative residency organized in Romania between June 30 – July 10 2019, in the framework of the European cooperation project Life Long Burning 2019.

Life Long Burning – Towards A Sustainable Eco-System for Contemporary Dance sustains the contemporary dance and performance scene in Europe.

The two artists will share the practices dedicated to the preparation of this work in a workshop held daily from July 2 to July 10 at WASP Working Art Space and Production, between 10:00 and 11:30.

This project is included in the 2019 France-Romania Season.