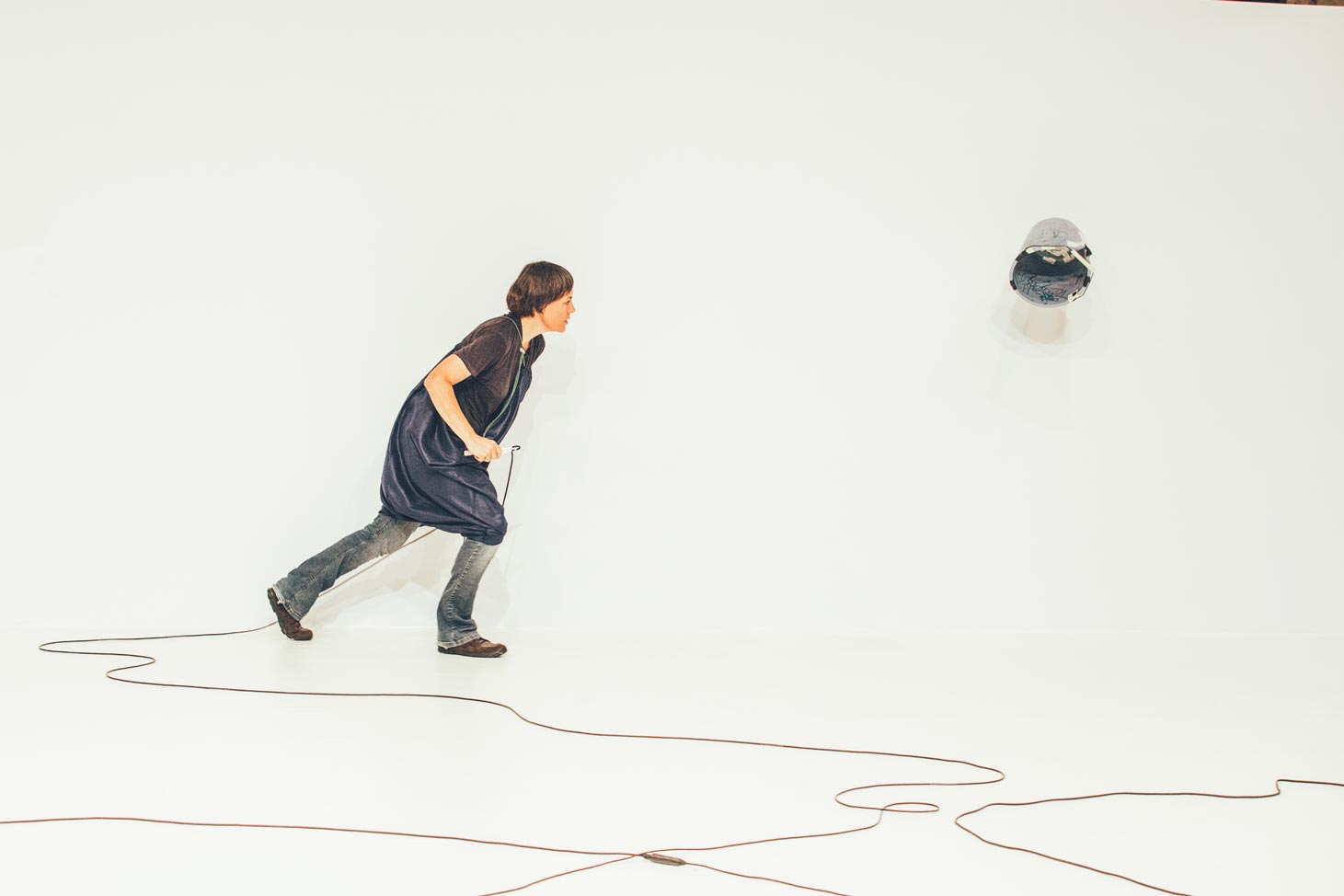 The American choreographer now living in France DD Dorvillier will participate at eXplore festival #14 with the performance No Change or “freedom is a psycho-kinetic skill” (2005), on September 27, at WASP – Working Art Space and Production, 7:30 pm. The artist will also conduct a workshop on September 26, at WASP.

No Change or “freedom is a psycho-kinetic skill”

Parts of No Change or “freedom is a psycho-kinetic skill” were developed initially with the composer David Kean. Special thanks for Daria Fain for her sharp feedback and numerous visits to rehearsals.

No Change or “freedom is a psycho-kinetic skill” presupposes horizontality in the relationships between, and perceptions of, object, body, and sound, and this premise underscores all its actions. Dorvillier plays her body like an object, an image, or a portrait of agency. She uses sound as a protagonist, an object in itself, or to frame the movement of things, of postures and gestures. We experience groundlessness within a chaotic terrain of in-between spaces, unmediated actions, and sharp thinking. It’s promise to itself? “There are no mistakes”.

Commissioned by Danspace Project (New York City) in 2005, as part of its Out-of-Space series No Change or “freedom is a psycho-kinetic skill” marks a pivotal moment in Dorvillier’s artistic trajectory, an important conceptual and aesthetic shift in her artistic approach. The piece was re-commissioned in 2010 by Danspace Project as part of its 2010 Platform, “certain difficulties, certain joy” curated by Trajal Harrel.

Through her artistic practice, DD Dorvillier has always challenged pre-established definitions, including her own, of dance and choreography. By building works through physical, conceptual, and philosophical approaches she researches the complex relationships between gesture, spectatorship, embodiment, language, and perception, in a playful yet urgent manner. An approach to sound, light, and objects as quasi-linguistic materials is at the heart of her process. In recent years she has developed a special attention to how place and site inform her artistic work.

Before moving to France in 2010, she lived and worked in New York City for 20 years. In 1991 she and dancer/choreographer Jennifer Monson created the Matzoh Factory in Williamsburg, Brooklyn. For over a decade the studio was a grassroots haven for wild experimentation where artists congregated for shows, rehearsals and readings.

Her works have been extensively presented and produced in Europe and New York and she has received numerous awards. In 2008 she was artistic mentor (alongside Trajal Harrell) of the DanceWeb program at ImPulsTanz. She worked as Associated artist-researcher with the exerce MA program at ICI – CCN in Montpellier 2017-19 and is now the Associated Artist at the Centre de développement chorégraphique national (CDCN) “Le Dancing” in Dijon, France.

The project does not necessarily represent the position of the Administration of the National Cultural Fund . AFCN is not responsible for the content of the project or the way the project results can be used. This is entirely the responsibility of the beneficiary of the funding.