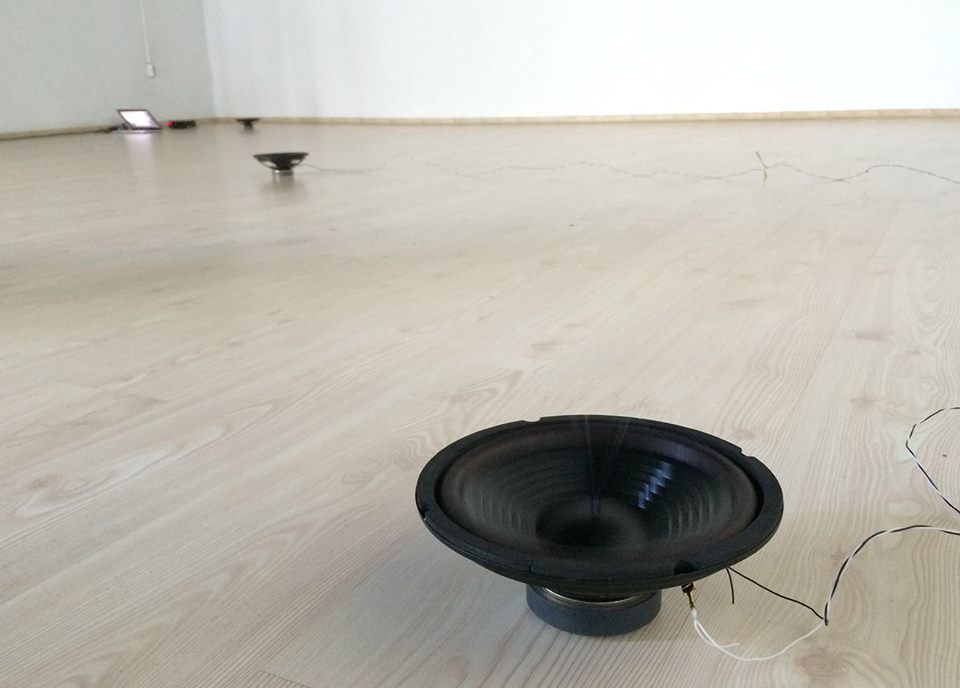 Sound is shaped by the space as it shapes the space back. How does it sound? Is it visible? There is no illusion: your perspective might be different.
Sound creates edges as lines do. An outside, an inside. Walls are reflecting details.
Modulations need positions. Positions need time.
Do you hear it now?

Stéphane Clor is a French musician and artist. He is playing double bass, cello and electroacoustic music, especially in improvised and contemporary music contexts. He explores relationship between sound, gesture, space and time; focused on their meaning regarding perception and identity. He programs and creates kinetic systems for visual and musical performances and installations. He is also working on pedagogical interventions about computer musics.
stephaneclor.net
The presentation of the project ”Perspective, thread and speakers, space installation, variable dimension, 2016„ from September 2nd, will be followed by a new interactive installation especially made by the artist Stephane Clor for the event ”FOCUS: Austria!”, which will happen on the opening day of the 11th edition of eXplore festival, on September, 30th, at WASP, with the support of Austrian Cultural Forum in Bucharest.

VISUALIZING THE SOUND is a cultural project produced by WASP STUDIOS, and organized in co-production with Asociația 4Culture. Partners: Experimental Project, National University of Music in Bucharest, Centre for Contemporary Photography, in Iasi.
A cultural project co-financed by The National Administration of Cultural Fund (AFCN).