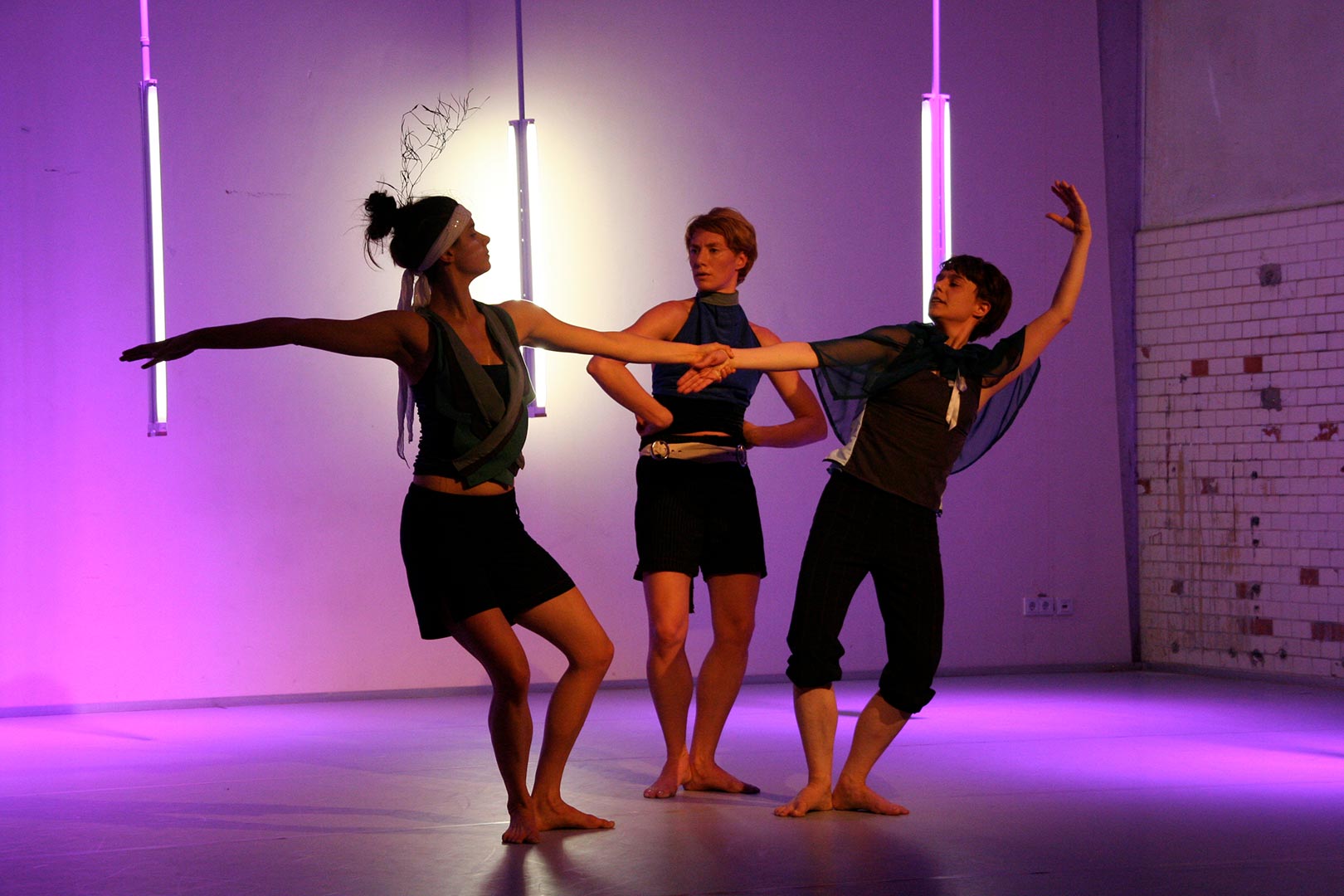 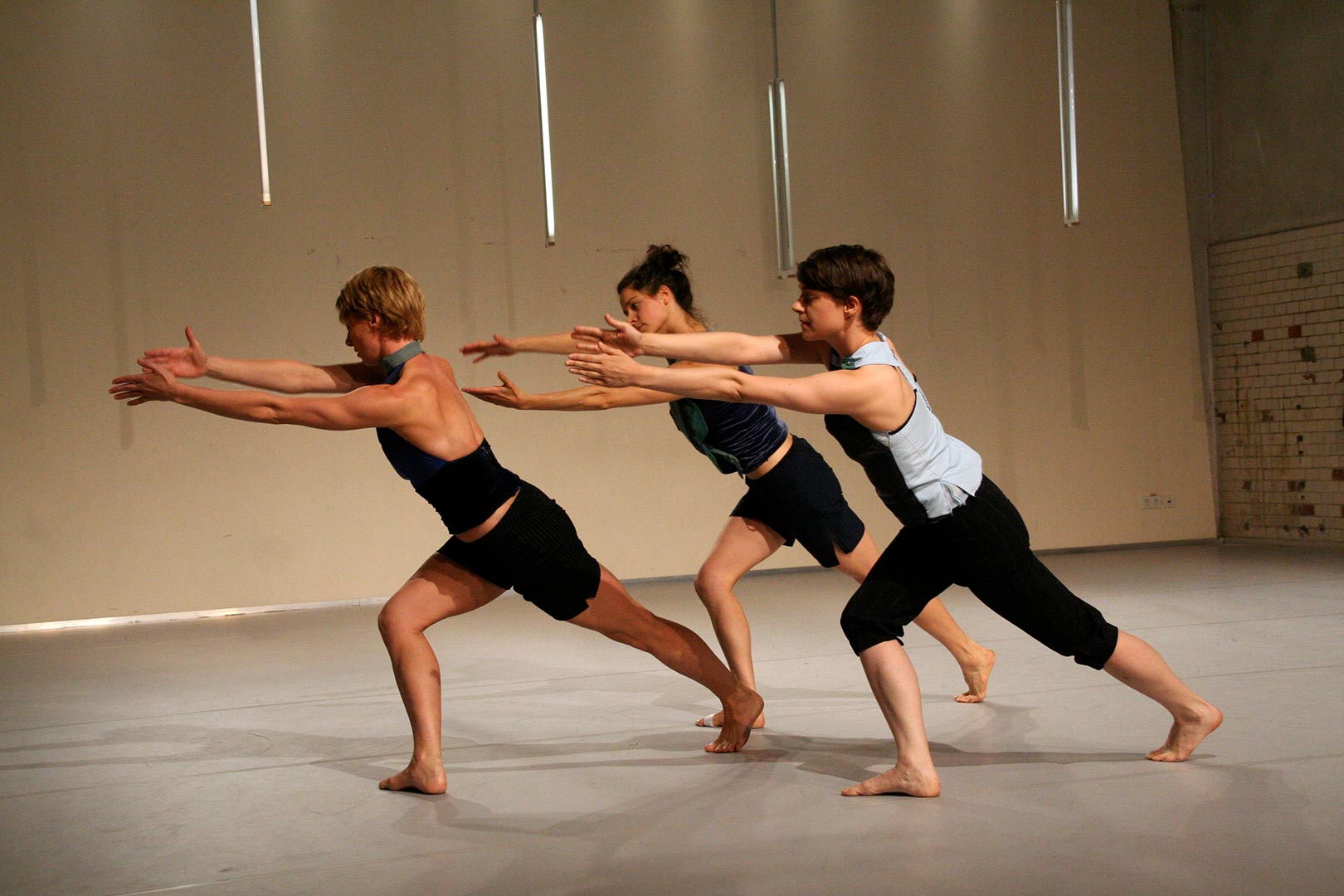 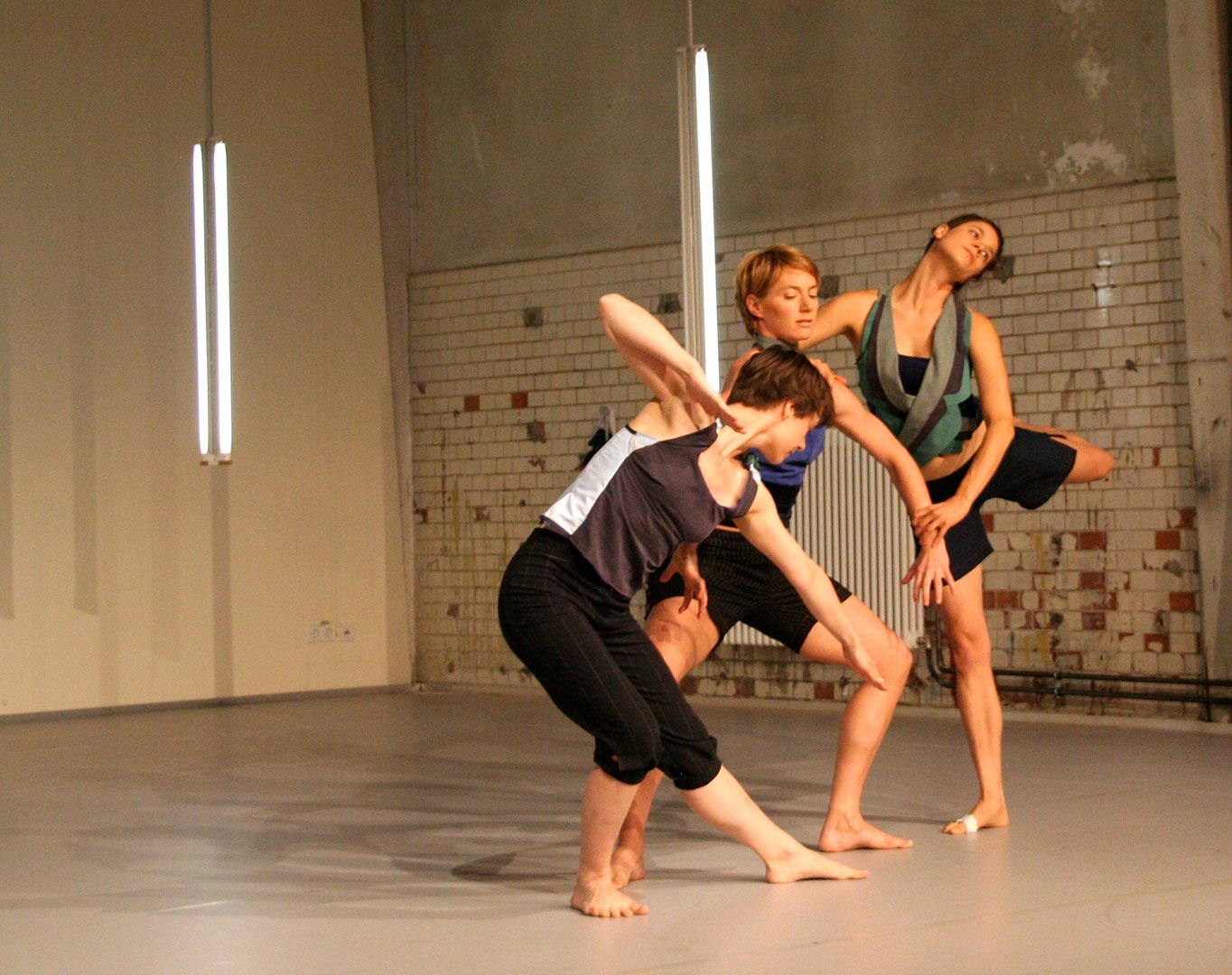 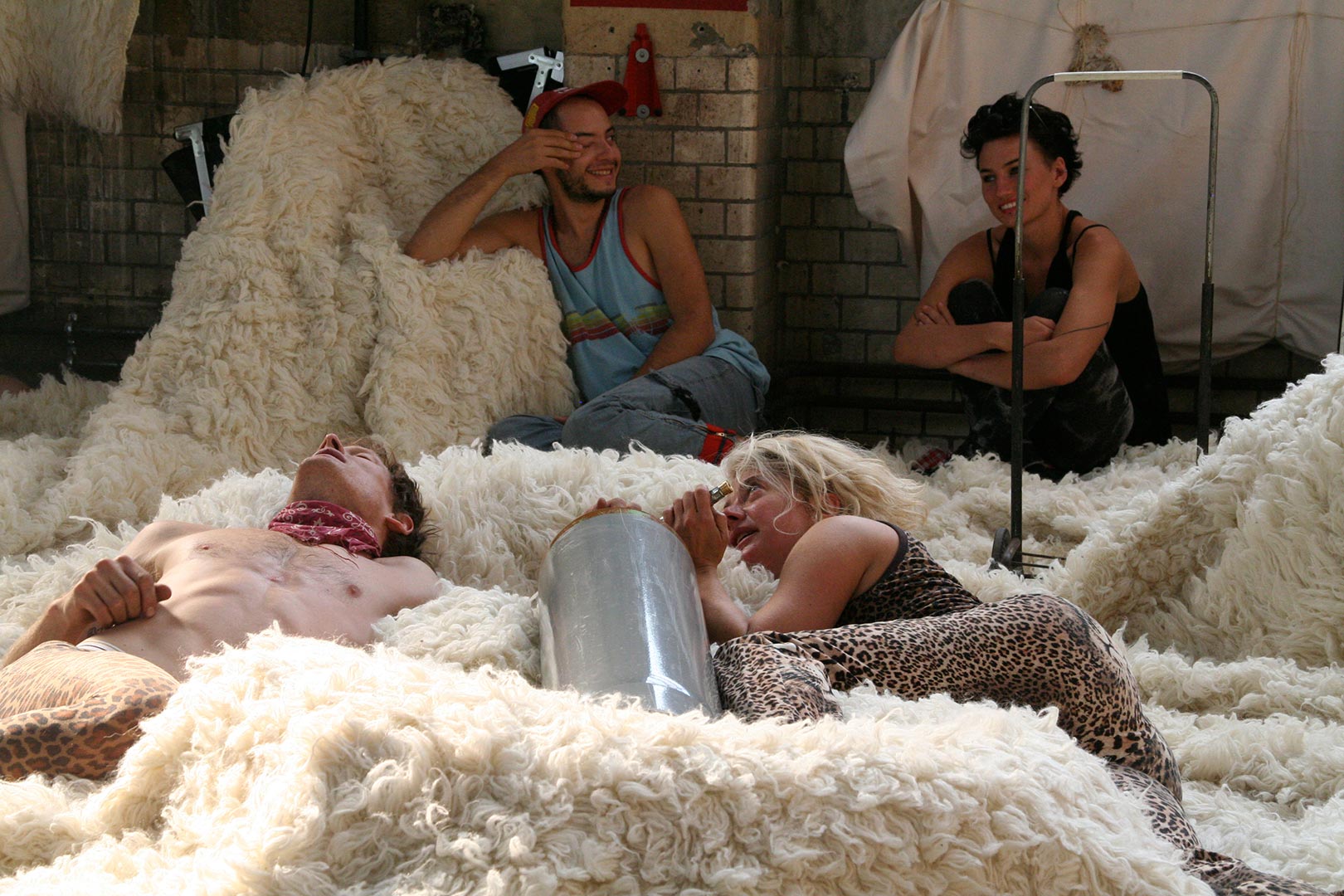 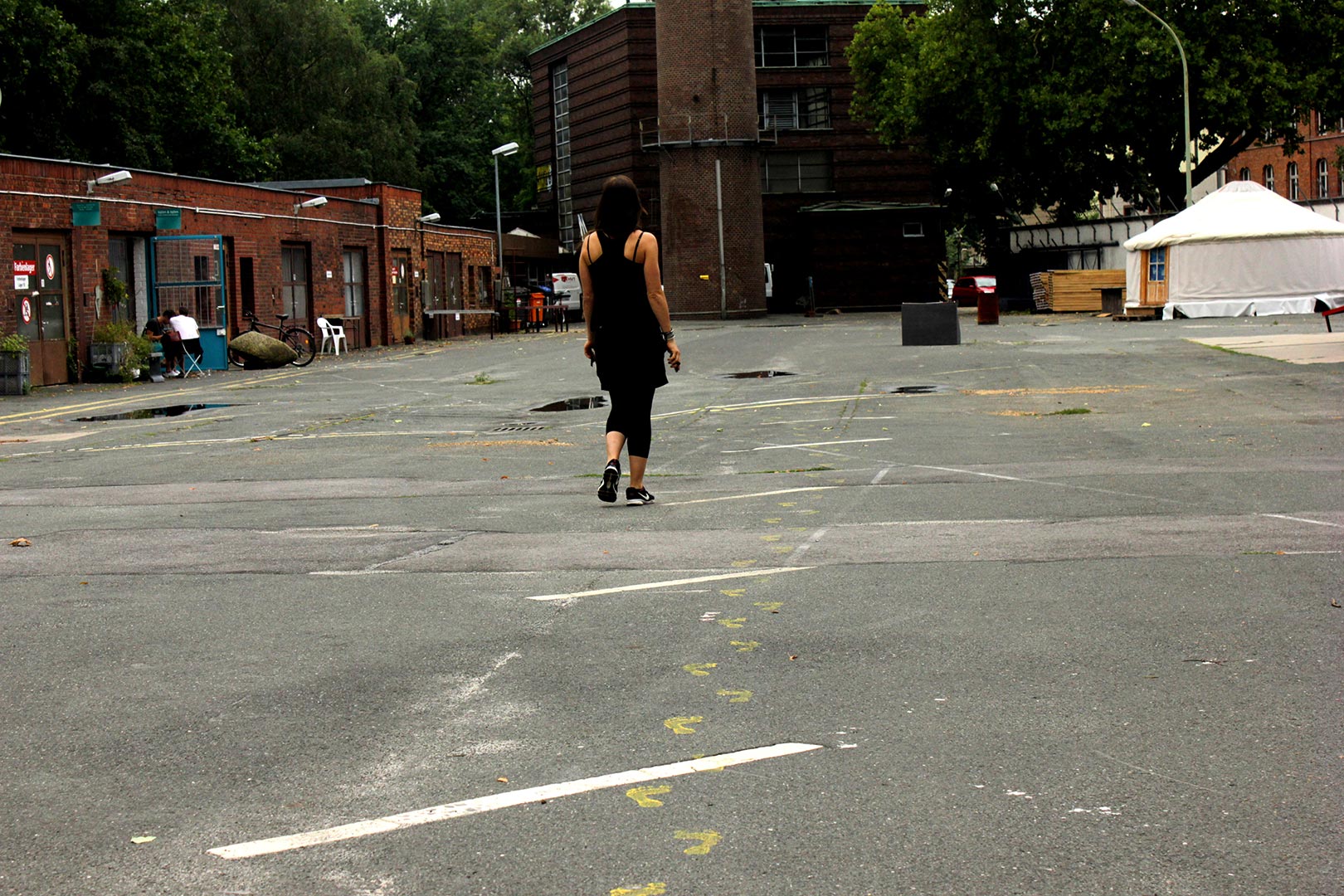 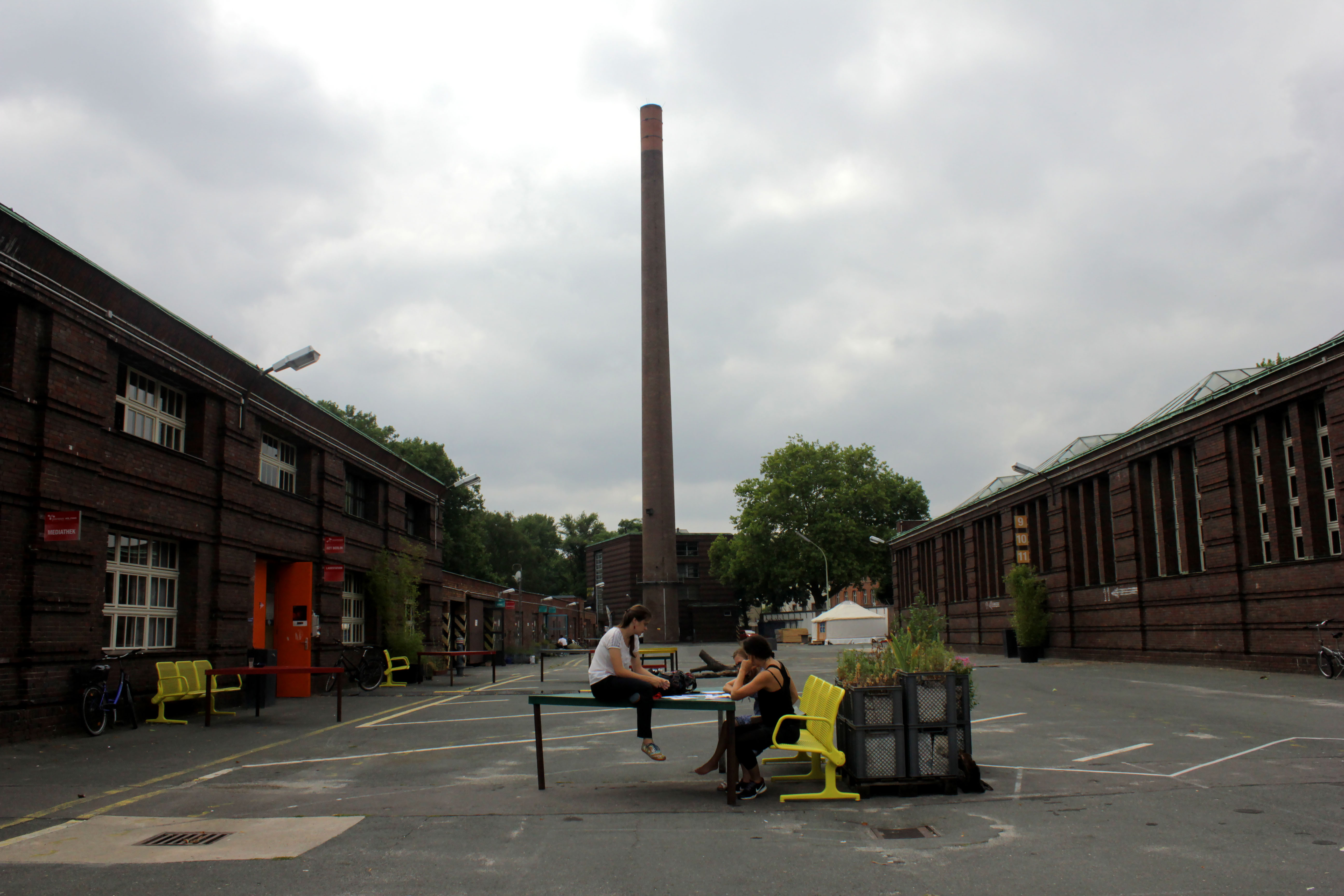 It became a tradition in Berlin that the last celebration before the summer ends to be dedicated to contemporary dance and performance. 2013 was an anniversary year for two of the very well-known institutions of the scene: the festival Tanz im August and the center for contemporary dance Tanzfabrik Berlin; special programs were prepared in this context: while Tanz im August presented a retrospective of its 25 years of activity, Tanzfabrik invited the artists of the Berlin independent dance scene to join the 35th Jubilee in a performative celebration.

During four consecutive days, between August 29th and September 1st, more than 150 artists presented a series of premieres, previews, site-specifics and other performances in the Uferstudios Berlin, gathering almost 2000 spectators around the 14 dance studios and surroundings. In true community spirit, Tanzfabrik shared the organization of this event with the colleagues from the Uferstudios: ada Studios, HZT University collective for contemporary dance studies, Tanzbüro Berlin and Uferstudios GmbH. The festival was called AUSUFERN as it presented a program “made in Uferstudios”, introducing the studios as a space for production and venue for presentation to a wide audience.

For the whole summer the studios of Uferstudios offered space for the choreographers to prepare their productions. During AUSUFERN three premiers were presented. Intimate Nature by Christine Borch was a duet between the choreographer and a horse as an attempt to share the experiences that follows when entering into a deep relationship with an animal. Franz Rogowsky presented, with his company b27, a studio performance about encounters beyond the legacy of a home place or origins, where bodies get free of memories and gather in a new blanc space. Britta Wirthmüller took a journey in the dance history and brought back the heritage of Jean Weidt in her trio performance Physical Encounters. Her approach to Weidt’s works develops into a physical research process in order to rediscover the authentic choreographic spirit from the beginning of the 21st century.

Beside the studio performance, the festival supported the artists to explore alternative space in a series of site specifics. The old boiling hall of the Uferstudios proved to be the ideal playground for Ami Garmon and her crew. Close your eyes and add a touch of nothing was an invitation for both the artists involved and the audience to experiment, to explore possibilities as well as expectations, to provoke, to resist and to share a drink. Mixing the character of a happening, installation and performance, the show even reminded of the American stile of the 70s.

Addressing the local community along the usual dance audience, the festival tried to involve more partners from the surrounding neighborhood. In collaboration with the local public library, Tian Rotteveel went on a visual and sound exploration of the old library building, challenging the audience to discover the space from new perspectives.

Hosted by the local barber shops, Jo Parkes and her MobileDance Company were interested in an exchange between dancers, owners, employees and customers on the topic of beauty. The company of professional dancers and amateurs with ages between 6 and 75 presented a choreography based on the daily life in a hairdressing shop and invited the locals to come along and experience the ordinary business in a different manner.

Not only the Berlin artists but also the HZT dance students were inspired by the AUSUFERN call. They prepared a program of installations and performances, animating the studio spaces as well as the court yard of Uferstudios. The students brought to the audience more than 20 performances and interventions and proved a great appetite for experiment, involving themselves and the audience in very diverse performative formats.

Although it is confronting serious financial difficulties, the independent dance scene manages to present to colleagues, press, partners, politicians and audience an exciting, dynamic and diverse program thanks to the amazing work and devotement of all the participants. AUSUFERN proved again the strength of a motivated and inspired independent environment in Berlin.