Diffuse is an audiovisual installation that uses the phenomenon of light diffusion as a pretext for developing a sonic and visual poetics by digital technologies.

The purpose is the highlighting of the specificity of this phenomenon by a synthesized representation of the form and sound, as well as to convey a certain impression.

The sound is used for its own value and the form becomes light. The repetitive sound, its synaesthetic relation with the shape, the integration of the form in space, all aim at creating a place for meditation.

minim | Diana Dulgheru lives and works in Bucharest, Romania. She studied graphics at the University “George Enescu”,Iasi, the Faculty of Fine Arts, Decorative Arts and Design.

Based on an education involving drawing and figurative composition the works’ aesthetics evolved to a minimalist approach that includes the digital technology as medium of expression. She has worked with media such as photography, drawing, installation and later audiovisual performances that explore the relation between sound and form and the aesthetic possibilities of the digital technology error. 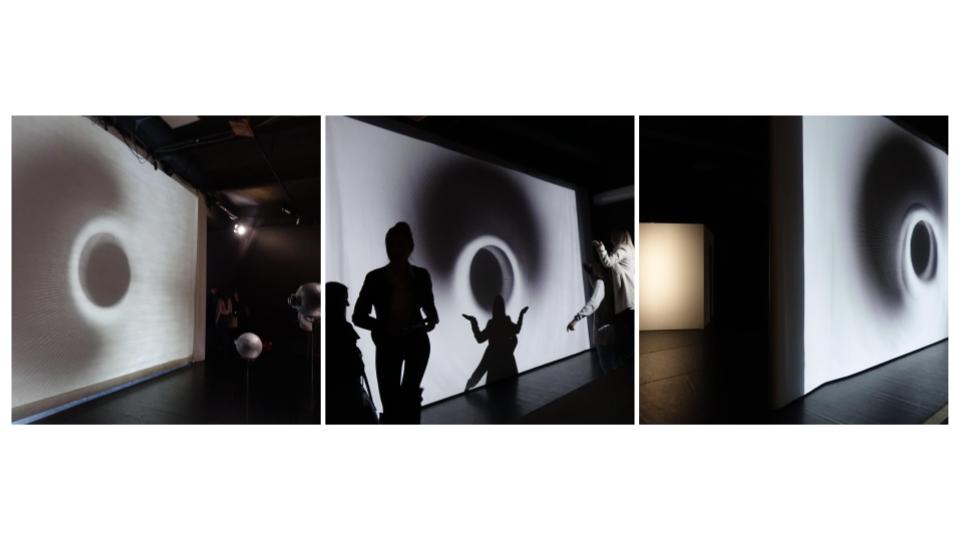