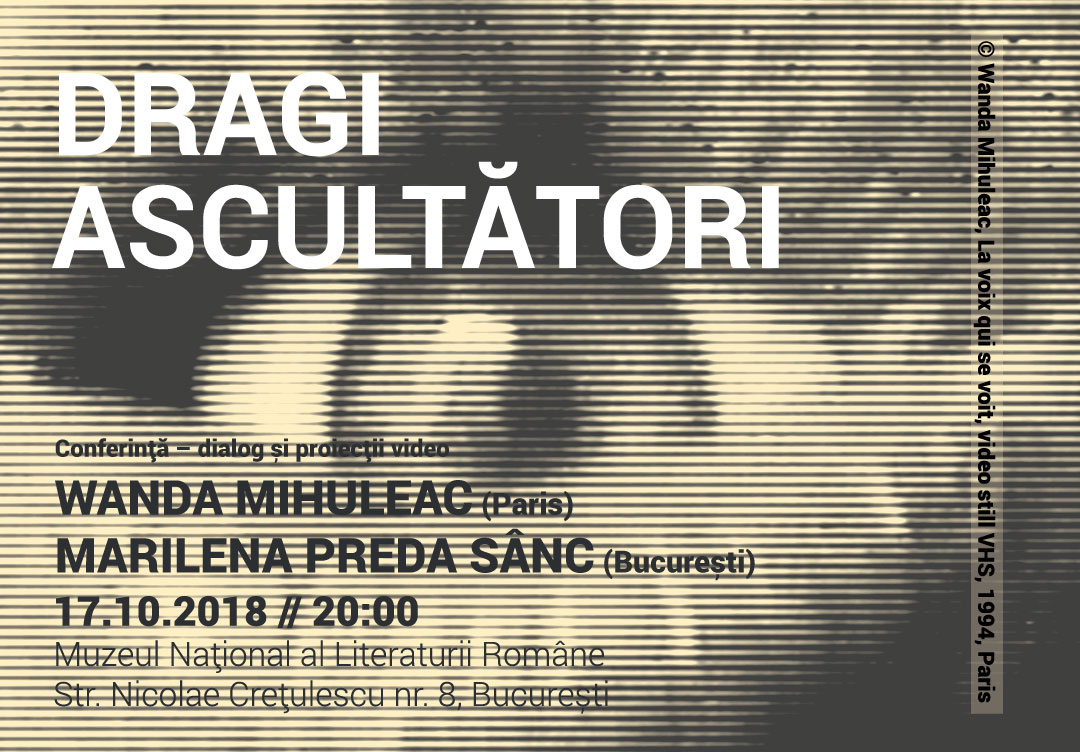 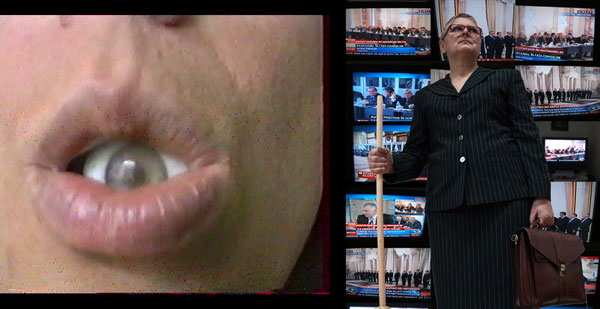 eXplore festival #13 – Bucharest International Contemporary Dance and Performance Festival invites the public to Dear Listeners dialogue – conference, conducted by the artists Wanda Mihuleac and Marilena Preda Sanc on October 17, 2018, starting 8 pm, at the National Museum of Romanian Literature. The debate intends to find aswers to a key-question: ”Were there an existing alternative art current and events taking place in unconventional spaces in Romania, before 1989?”, and present a parallel between the collective character of discrete and marginal artistic actions in Romania during 1974 – 1990 and what has happened in France in the last 20 years. Through the generated dialogue, the portrait of the artist is outlined according to the roles he or she can perform: the artist – creator of events versus the curator artist, the conceptual artist versus the contextual artist, the artist in public space versus the isolated artist.

The conference is part of the NETCAST – Bucharest / Paris project, an international program aimed at connecting communities and artists from different cities in Romania and Europe through various artistic media. At an extended level, the program explores innovative technological solutions in relation to the creative ability to produce and present installations and live performance, while the activities within it emphasize four key concepts: dialogue, listening, exploration, assimilation.

Wanda Mihuleac is a Romanian visual artist, painter, engraver and editor, established in Paris. Drawing from a young age, she studied at the National Arts University of Bucharest (1964-1970) and Paris (Pantheon-Sorbonne, 1993-1994). In 1988 she received a scholarship from the French Ministry of Culture at Cité Internationale des Arts. She has won numerous awards at international biennials and awards both in Romania and in France. Since 1973, Wanda Mihuleac has realized 28 solo exhibitions in galleries and museums around the world, including Paris, Marseilles, Bucharest, Timisoara, Athens, Geneva, Rome, Milan, Tokyo and New York. In 1996, she created TranSignum, a publishing house that publishes limited editions and collection books, accompanied by engravings, photos and original works.

Marilena Preda Sanc is an interdisciplinary artist, Professor at National University of Arts in Bucharest. From 1980 her work has been presented internationally at museums, festivals, conferences, symposiums, broadcast venues and galleries. Integrating the traditional forms of art and the new media arts, her art works visualize and investigate the body/mind/soul/behavior in relation to nature and social/political and representational space. Her art work explores the feminism problematic as gender/ageism and the woman as a leader in an eco-feminism key.