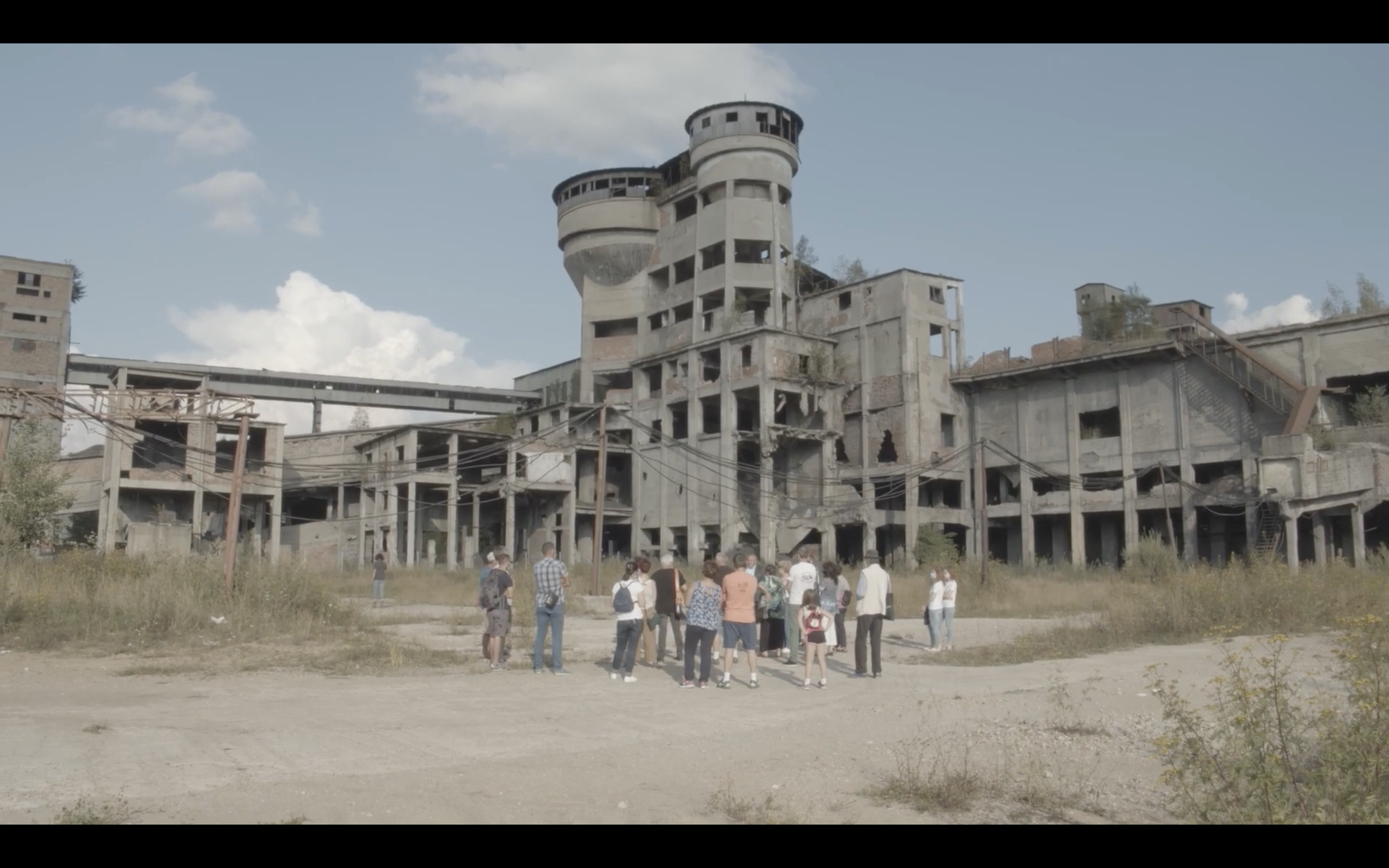 The Urban incursions in the visual project is a continuation of WASP Studios‘ efforts to investigate the relationship between art and public space, between built heritage and nature, with a main focus on body memory and community.

Conceived as a transdisciplinary project, Urban incursions in the visual brings together professionals from the field of visual arts, new media and performance, with architects and urban planners from Romania and Belgium.

Ilinca Păun Constantinescu, Micheline Dufert, Manon Istasse are invited to a discussion moderated by Andreea Căpitănescu, on Friday, 23.10.2020, from 15:00, online on the  WASP Magazine and eXplore festival pages.
The recorded discussion will be available to the online public from October 23 to November 5, 2020.

Micheline Dufert – urban explorer, in the company of her partner Francis Pourcel, route tracers who break the territorial barriers of their city in Charleroi. Through their blog – cheminsdesterrils.be – and their exploratory guided tours, Micheline questions the links of love / hate towards the landscape. Micheline tries telling a story about the landscape and together they “made” the Black Loop.

The Black Loop: through industrial landscapes, post-industrial, urban and semi-rural areas of Charleroi, a signposted trail connected to the Great European Hiking Trails runs along the city’s founding watercourses, along with castles and industrial cathedrals, ancient lanes, sneaks into an English park, crosses old railway lines reassigned for the walk, invites people into a glaucous tunnel, passes through the walls, explores the remains of a mining site, a walk in a reinvented forest, climbing heaps of balconies on the city, crosses slag-territories.

Micheline Dufert, with Francis Pourcel, have been working with the Boucle Noire/Black Loop project in Charleroi for years.

Charleroi, after decades of glory, has undergone impressive transformation. Charleroi still has a loud industrial past with contrasted landscapes and housing.

Micheline and Francis, as walkers and urban explorers, projected a long trail waypath in the surrounding of the city in 2013 to reconnect unhabitants with their landscape after 20 years of economic depression. The hike way runs through the West district and shows among neighborhoods old steel factories, blast furnace, remains of coal mines, former railways tunnel, slag heaps, and focuses on the features of the lanscape surrounding the metropolitan. Boucle Noire/Black Loop had been finally connected to international landmarked waypath Sentiers de Grande Randonnée. Boucle Noire/ Black Loop is not only an urban hike waypath but an experience as pedestrians through the suburbs of an ex industrial city with social and urbanistic specificities to explore, understand or contemplate.

Born in Bucharest in 1982, Ilinca Păun Constantinescu earned her PhD degree in architecture in 2013. She currently practices architecture at Ideogram Studio, teaches theory of architecture at “Ion Mincu” University of Architecture and Urbanism Bucharest, and leads cultural projects within the IDEILAGRAM Association. Together with her team from IDEILAGRAM, she edited `Shrinking Cities in Romania. Orașe românești în declin` (DOM publishers&MNAC Press 2019) and realized researches and exhibitions such as: Shrinking Cities in Romania (MNAC Bucharest, 2016), On Housing (Timco Halls Timișoara, 2018), Uranus Now (MNAC, 2019, initiated by S.Ghenciulescu and D.Hasnas). For the past years she has been actively involved in the post-industrial regeneration project of Petrila, one of the largest participatory project ever carried out in Romania, initiated by an internationally recognized local artist, taken over by a group of architects in a snowball effect.

Manon Istasse is anthropologist. She got her Ph.D degree in 2013 after investigating why and how non-professionals (or amateurs) get involved in knowing and preserving cultural heritage. She carried out researches in Morocco (Fez), France (Amiens and Lyon) and Belgium (Charleroi). She currently works at the Charleroi Cultural Center (Eden), where she gives interest – among others – to the local territory – Charleroi and its surroundings. Knowing and sharing about this territory is a Cultural Center’s core mission. It leads to a variety of activities : conferences, workshops, digital participative mapping, and walks with Micheline et Francis for discovering the territory and its landscapes.

URBAN INCURSIONS IN THE VISUAL

The project does not necessarily represent the position of the Administration of the National Cultural Fund. AFCN is not responsible for the content of the project or the way the project results can be used. This is entirely the responsibility of the beneficiary of the funding.