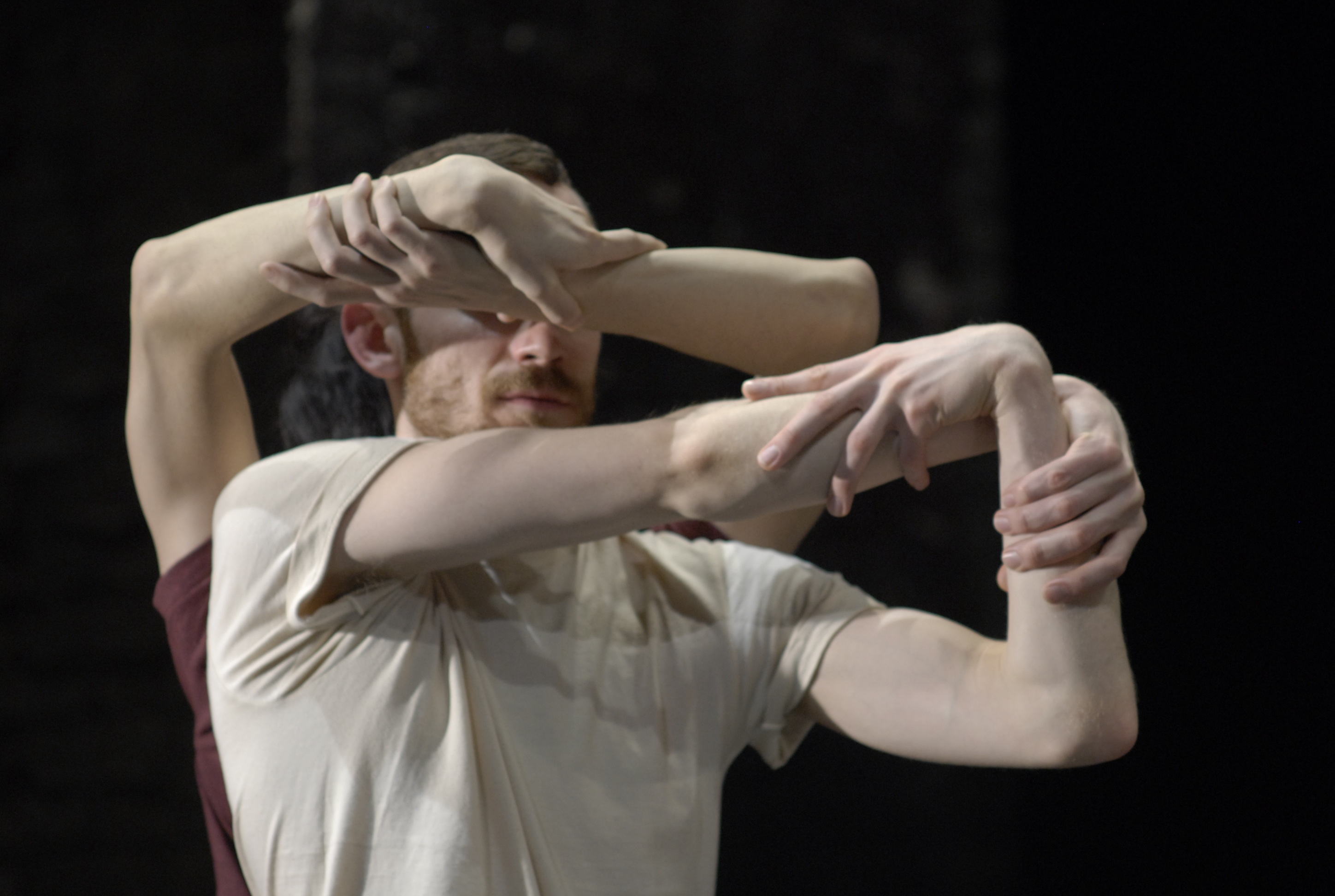 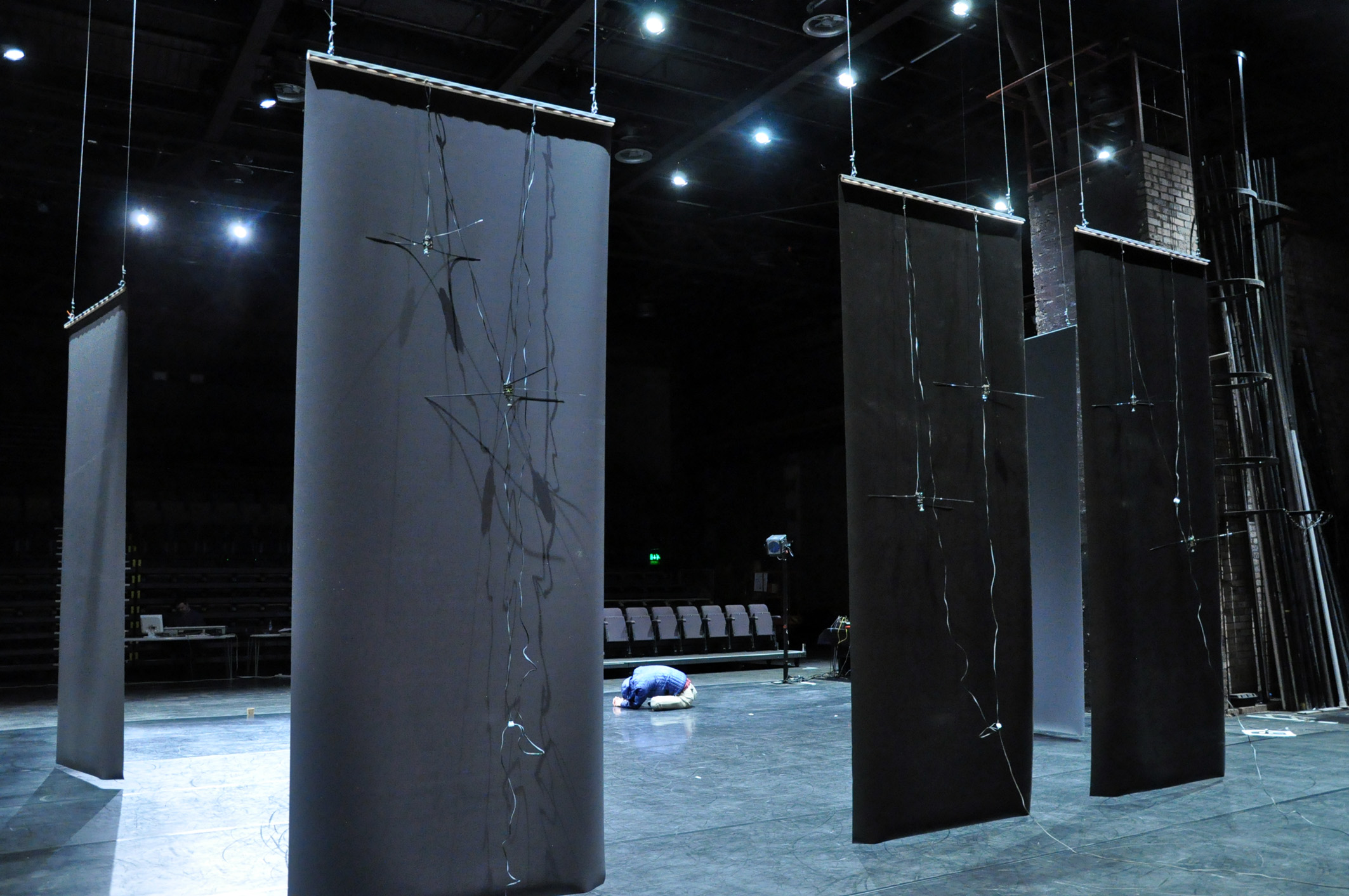 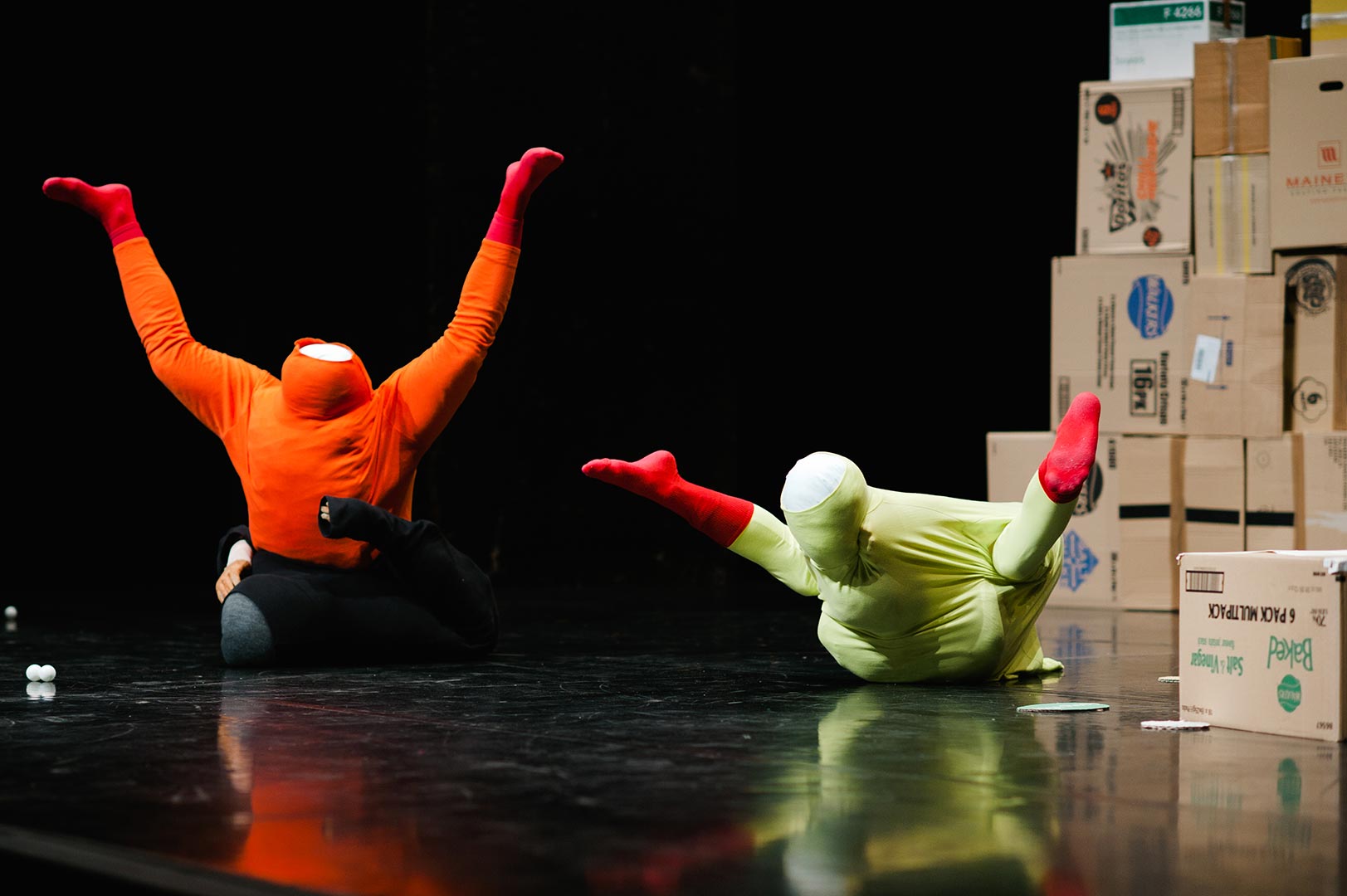 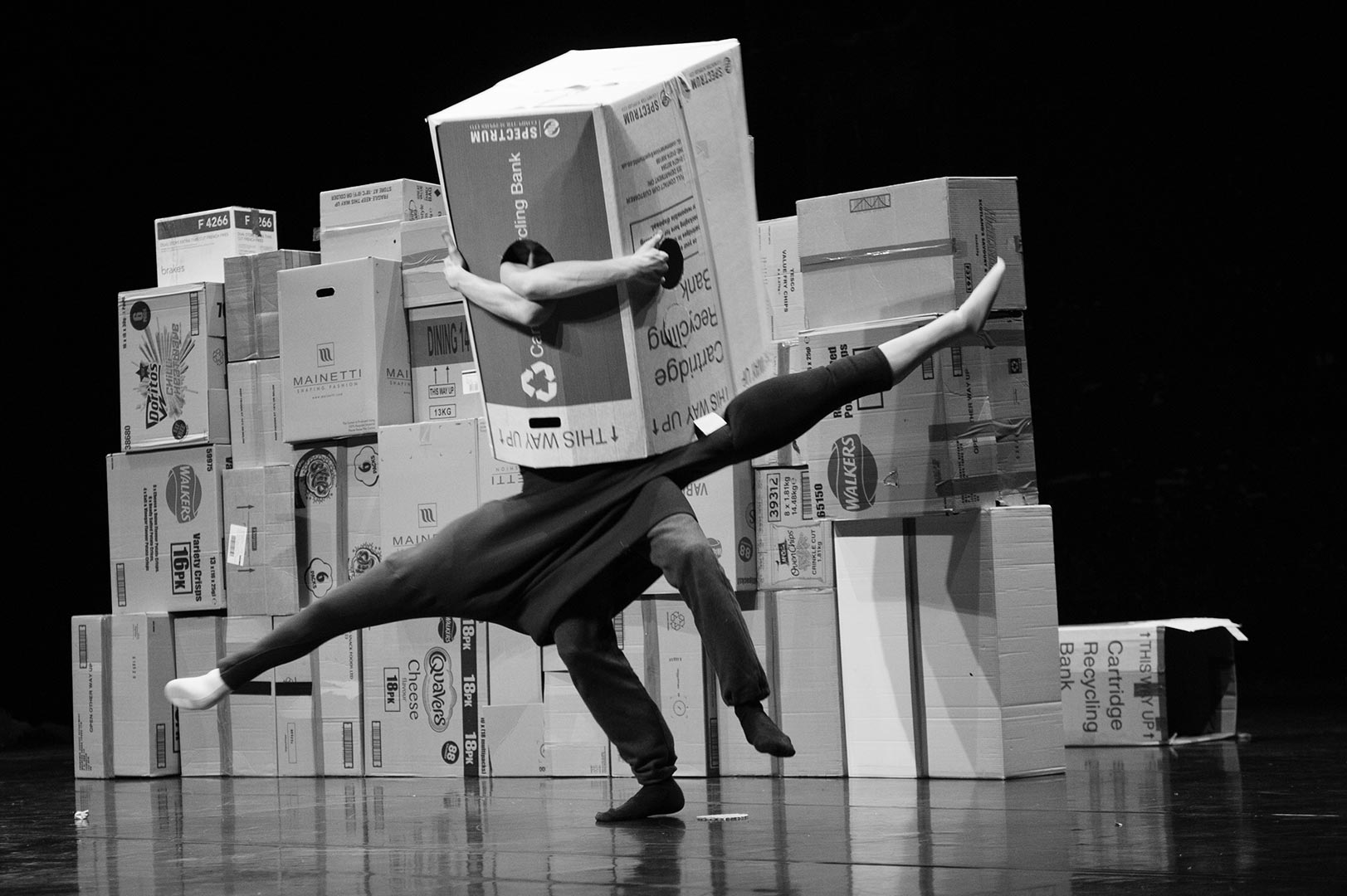 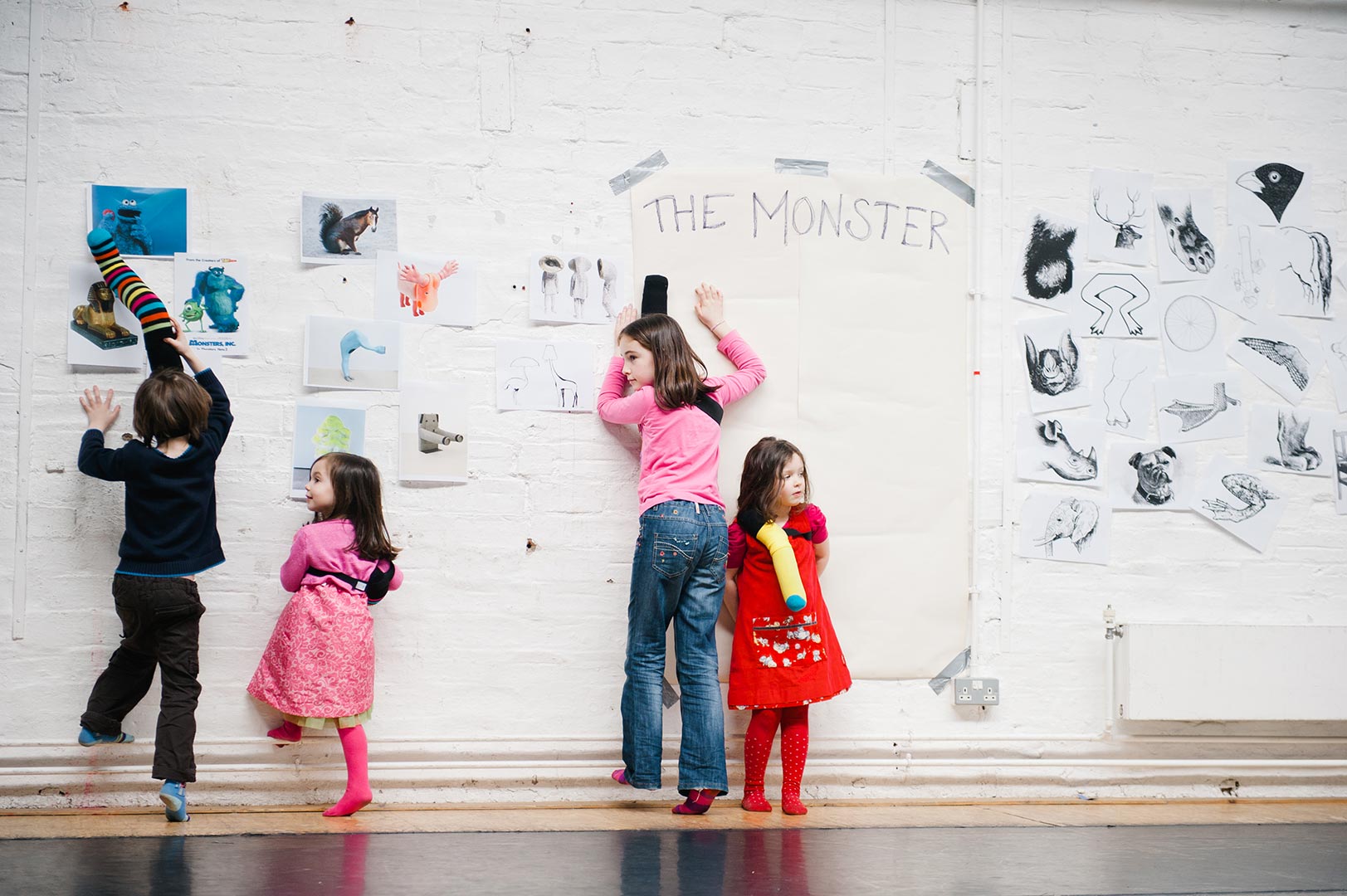 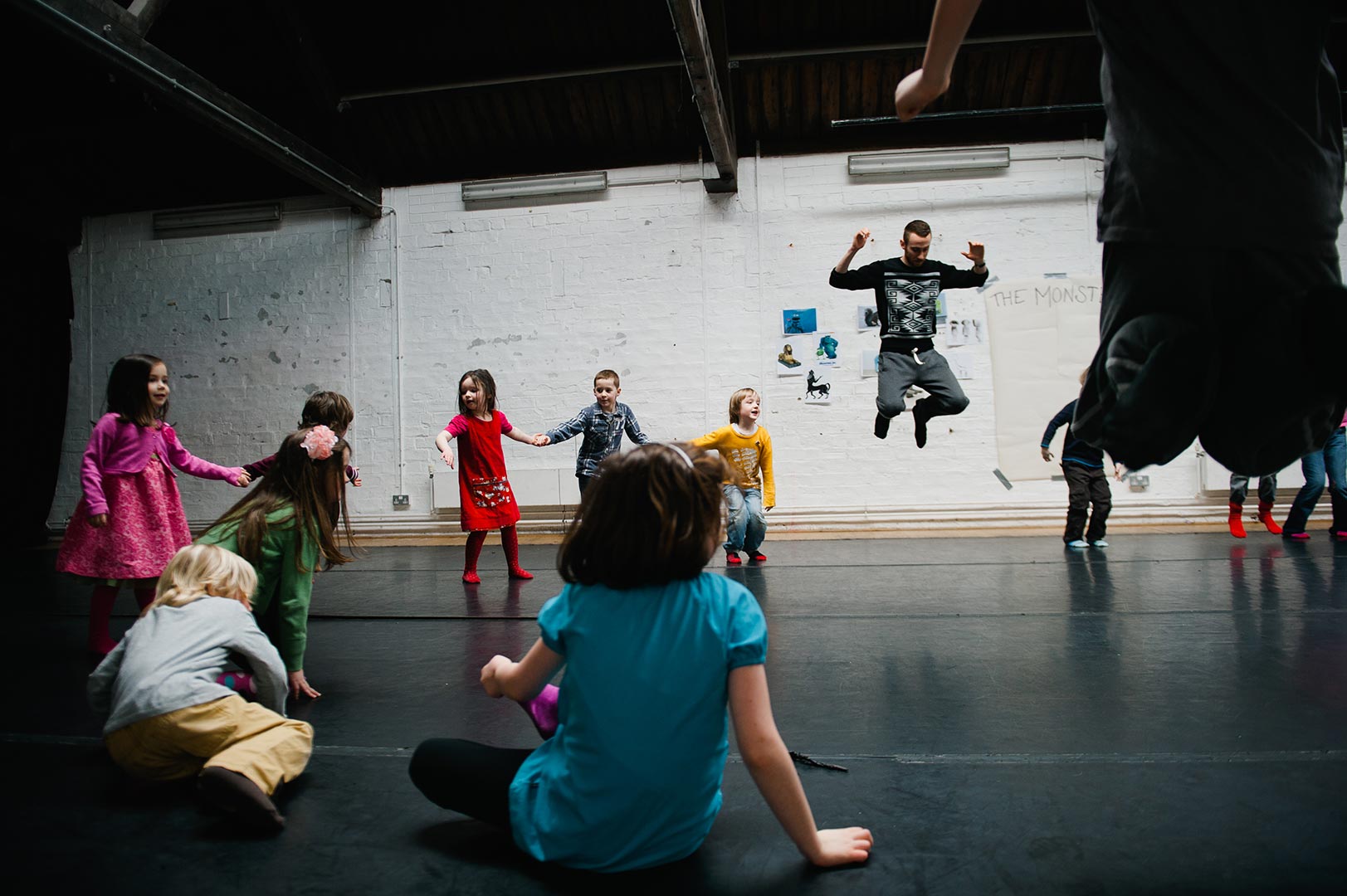 Andreea Căpitănescu: You are based in Berlin, but your background in dance education comes from UK. When it comes to aesthetics or trends in contemporary dance, there’s always been discussions about how different the two dance scenes are – the UK and German ones. What are the differences between the two dance markets from your perspective?

Colette Sadler: I think the differences between the UK dance market and say German or generally the European dance market comes down to a certain definition or notion of what dance is. The wave of conceptualism that hit dance in the 90’s did not reach or have an impact on the British dance scene as it did in the rest of Europe. Britain had its own traditions of ballet and modern dance stemming from schools such as London Contemporary School of Dance that were influenced heavily by American modern and post modern dance. The UK dance scene in general as I understand it (note this just a generalization) is still strongly influenced by a certain kind of aesthetics relating to virtuosity and beauty.

In the UK the touring circuit or market for dance is closely associated with funding and its pre-requisites of number of audience, amount of ticket sales, amount of social engagement etc This is similar to say the situation in Berlin but funders in Berlin would never ask about expected audience numbers or amount of social engagement. In that sense art and its potential social impact are understood differently. There are naturally different markets for dance in the UK but it would appear to be quite difficult to tour let’s say the work I am making to the majority or main stay of UK venues. Although in Scotland the Work-Room in Glasgow are initiating a project to try to bring different kinds of work across the country. Actually the venues after a while complained they wanted new things. So this is a big change of heart. UK venues are under greater financial pressures these days so there is a need to fill theatres with more commercial shows. Maybe theatre is then in competition with television in a way it’s not in Europe.

I have heard it said that a British Audience needs or expects a narrative, I do not think this is the case however it is true to say we have a long tradition with spoken word theatre. Countries such as France find it culturally easier to deal with theatre and dance that are closely related to the culture of images and picture making.

AC: Theory of physical practice? Which one inspires you more while building a new performance?

CS: As I spent many years working as a dancer and have started my dancing education as a very small child, I have been dancing pretty much all my life. My work as a choreographer stems therefore directly from an intuitive desire to move and understand the world on those terms rather than on any particular theory as such. I have always however looked to find the relationship between concept and physical practice. A desire to move is the raw impulse and then my intellectual interests and dramaturgical concerns shape that. In my works I have developed with the dancers certain tasks, rules and limitations that help determine both the structure and material of a piece. In my last work ‘Variations 1′ the search for structure is a dominant theme, as the principle of rule and rule making transforms itself into some sort of orderless game.

Over the years however I have developed physical practices in relation to whatever performance I was working on at the time particularly as my work is almost always movement-based. Particular movement practices such as Klein technique yoga etc have supported my movement research over the years. However as I tend to deal with the body as a surface for image production or am involved with shifting a certain perception of the body then my physical practice often deals with hours of improvisation to encounter a certain image or perception of the body. I am always very inspired by the idea of working with unknowns and what one might encounter in that process.

AC: How would you describe your creation process in general? Is there a specific method you developed over the years, as research?

CS: Lonely, but in a good way, often a creation process can start with an object, an image, a text, generally something with which the body can create a relationship. Sometimes ideas can stay with me for several years or even longer before I make something with them. When I first started making work it was very much connected to an experience of everyday life, the place where I lived and my reflections on politics albeit that this experience was highly abstracted in the context of the work. In the beginning I spent years alone just working with no one really looking at what I was doing. This was an extremely important time as I was able to lay the conceptual foundations for several of my future works. Nowadays I ask myself what am I really interested in now and then go forward with that. It seems to me that there is a natural progression from piece to piece but it’s not linear as the style of each work differs a lot. Most creation processes start out with my own personal research, as I said this might take months while I might be busy working on something else. Most recently in working with groups I become interested in complexity and choreographic structure. The performers I work with are more and more instrumental in making the work so this is a big shift. In terms of a method we have worked with creating collages around dramaturgical themes with images and texts that we talk about and look at on a daily basis so everyone is working on all levels of the piece. I do however always remain outside the work in terms of performance, as I need that perspective.

AC: You’ll present in this year program of eXplore dance festival two performances: I not I and We are the monsters. I see in both shows a direct and visible interest on how the body is perceived; its physical functionality, beyond any philosophical layer of meaning, which anyway arises, but in a more subtle way, leaving space for imagination. I’m interested on how you developed this process with professional dancers (in I not I), and how do you see the work with children (both as performers and audience)?

CS: In I not I we worked back from the images and perception of the body we wanted to create. For some time I had been interested in the idea of a perception of one’s own body as somehow “other”, as something that does not belong to or is connected to inner sensation. So the body, or part of it, from this perspective becomes object like as we both observe and embody the experience. In the performance this phenomena is personified in an errant limb that appears to be disassociated from the rest of the body. In working with this idea we started with a series of gestures for the arms that we called “locks”, these locked arm positions produce a different condition for the body. Perhaps the functionality of the body in I not I comes from the fact this “condition” is explored in a very physical way, so how does the body work and communicate on these terms rather than in a metaphorical or emotional sense.

The work with children started out more as a way to become more politically engaged, albeit somewhat naively, in thinking about audience and democratizing access to dance. In 2008 I started working with children and thinking about the role and importance of imagination as part of this process. The initial idea was to offer workshops and performances for free to schools in socially challenged areas of Glasgow. Since then the project has grown into We are the monsters, a short performance of 25 minutes with accompanying workshop. The aesthetics of the show are low-fi, bringing together the strange and elements of science fiction with an experience of the everyday and homemade. Costume in this work becomes a simple, humorous and direct way of creating figures that challenge perception and physical logic. I liked the idea that after seeing the show kids might put their own clothes on upside down or back to front, think twice about the entertainment value of a cardboard box as well as drawing and imagining different kinds of monster figures. I like child audiences because they express themselves very directly, e.g. talking during performances, shouting out comments, laughing, talking, getting bored, etc. In terms of working with children as performers I haven’t done so outside of a workshop situation but it would be something to consider for the future.

AC: I not I is co-produced by Southbank Centre, within Jardin d’Europe project. How do you see, as an artist, the production system on the European level, its present tools and possible improvements for the future? Do you believe in “the power” of networks? Do they work, do they bring international recognition or increases the possibility of international exchange?

Compared to the US and Asia, the European system is a good one. It is still possible, even if it’s getting more and more difficult, to realize, finance and circulate work.

I do question however why so much emphasis and money is bound up in residency opportunities and the mobility of artists. Why should artists be mobile? What has this got to do with the production of art? There are of course negative and positive benefits of residencies and travel opportunities, but it would appear to be a necessity. Maybe the residency life-style suits people of a certain age and with a certain life-style but it’s not in my opinion a long-term solution for those artists with young families or whose work is studio based. After more than ten years of work I understand that things have not improved that much, in so far as it is very difficult to create structures and any kind of continuity within the mentality of project-based work. Any kind of long-term trajectory seems to be about one’s own personal investment, so the question is about how much power the individual artist has in sustaining a practice within this system. It’s quite a complex subject but to say briefly – future improvements might see more long-term funding for those who support the production of artists work, independent producers etc.

I see the network as a positive move as it allows the pooling of resources and international co-operation. Its difficult for me to comment on an institutional level as to whether or not networks have power or promote exchange, as I am not directly involved in looking closely at the politics of that system. For sure I am very glad to have received a Jardin d’Europe co-production award but in my case it’s hard to quantify the impact it had as I get the feeling it’s part of a longer process that I am building since several years regarding international presentation and exchange.