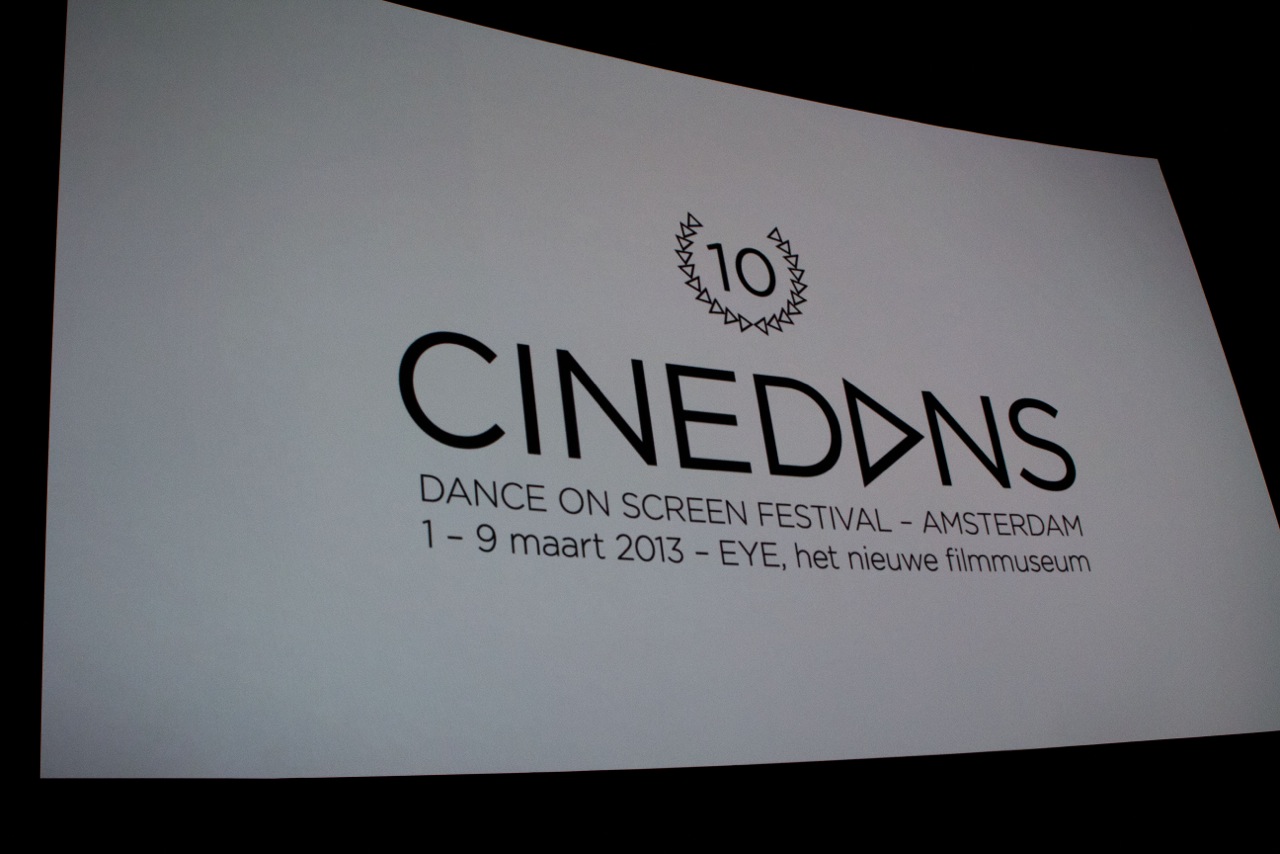 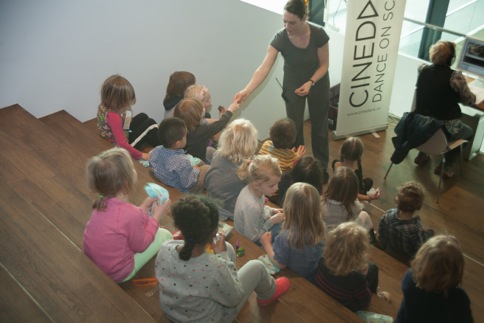 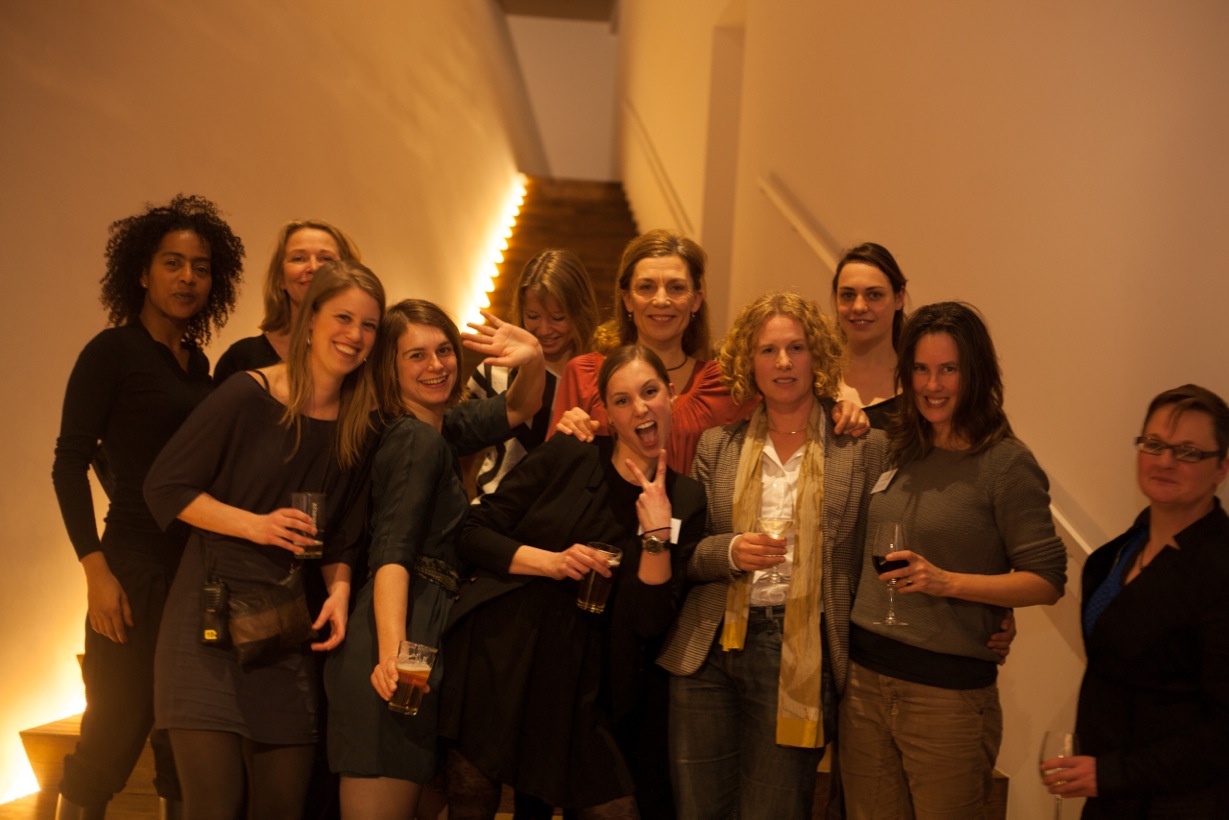 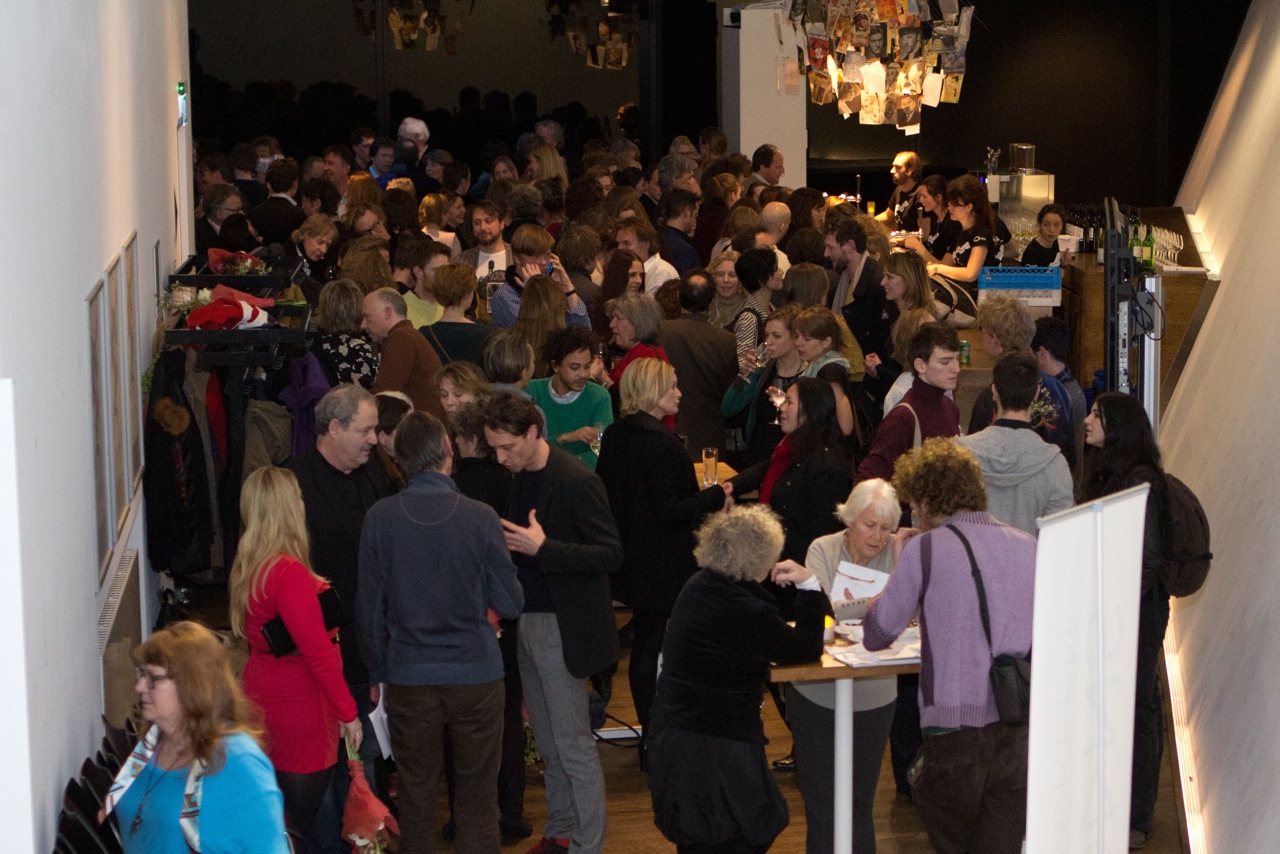 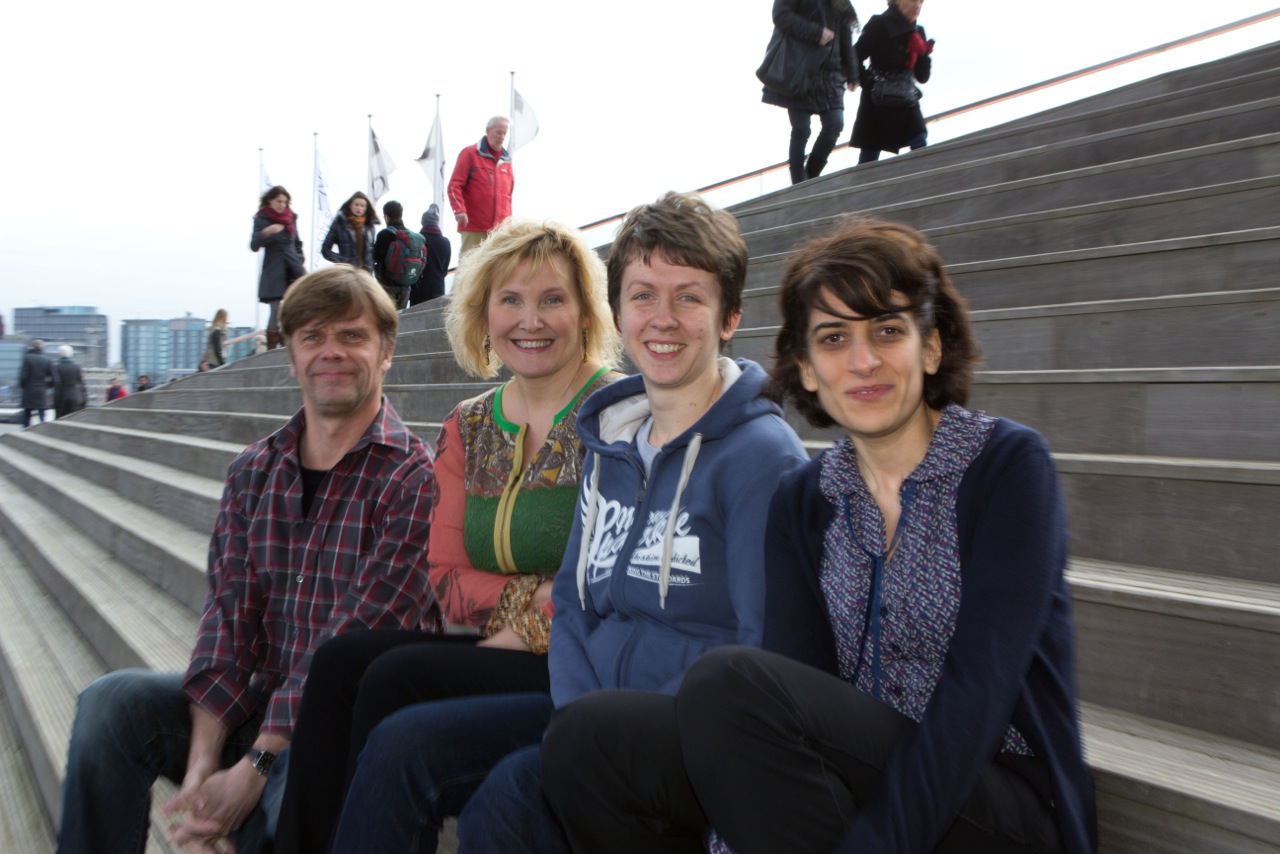 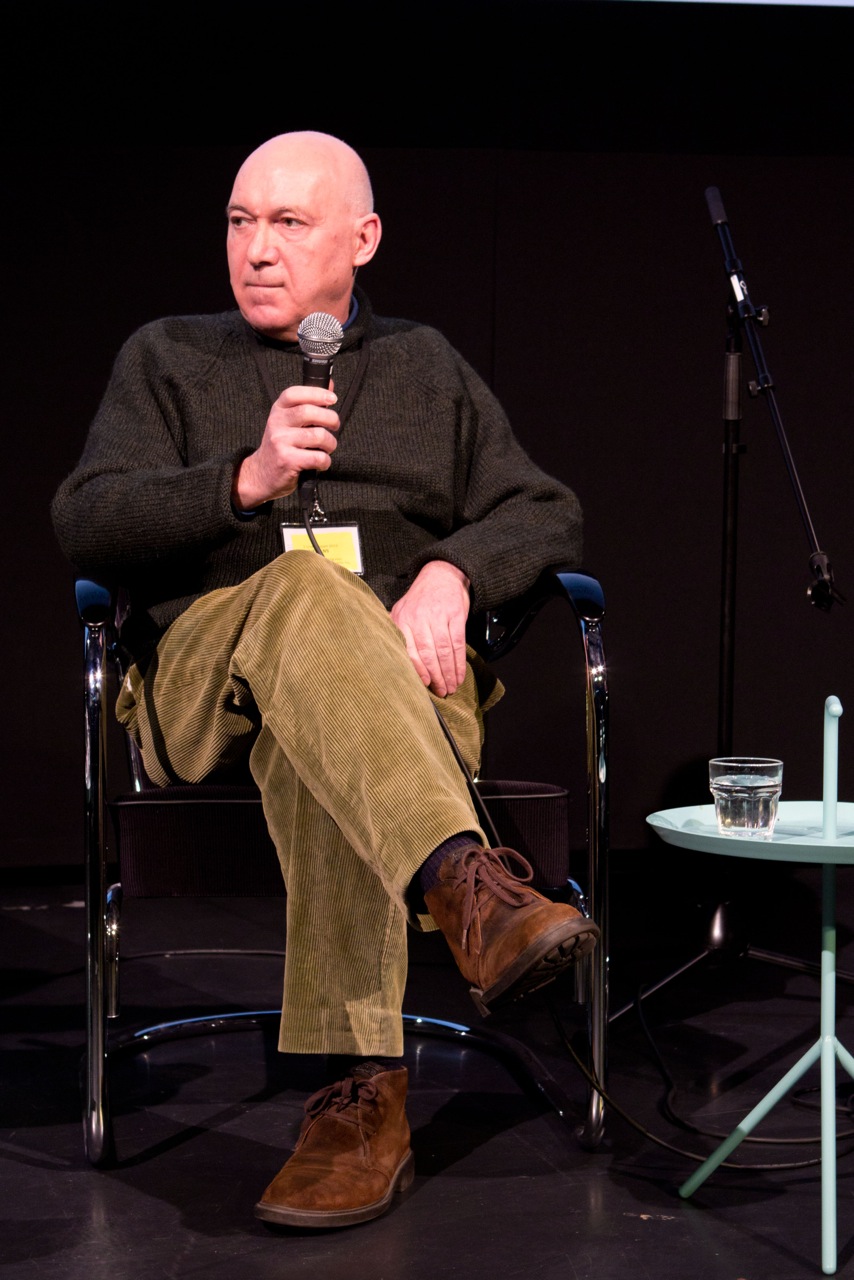 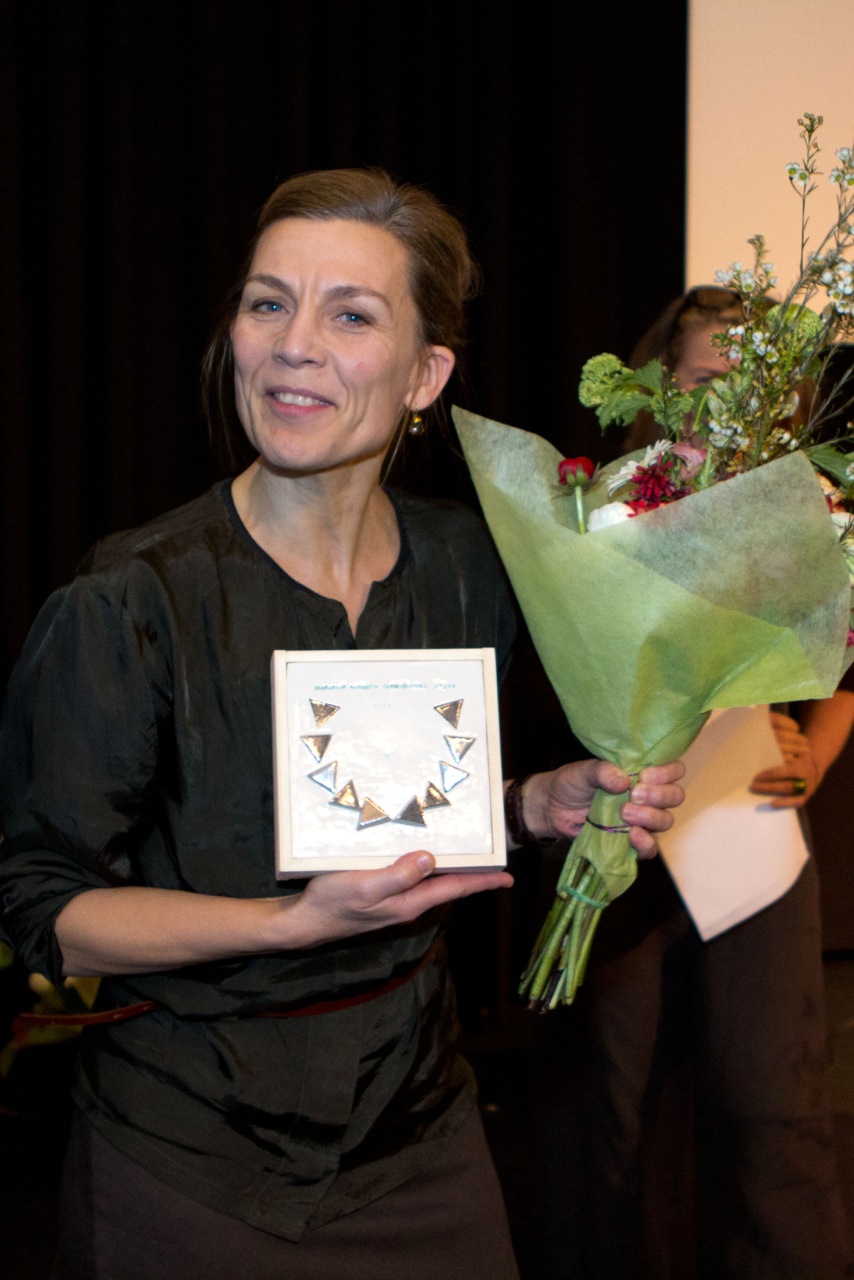 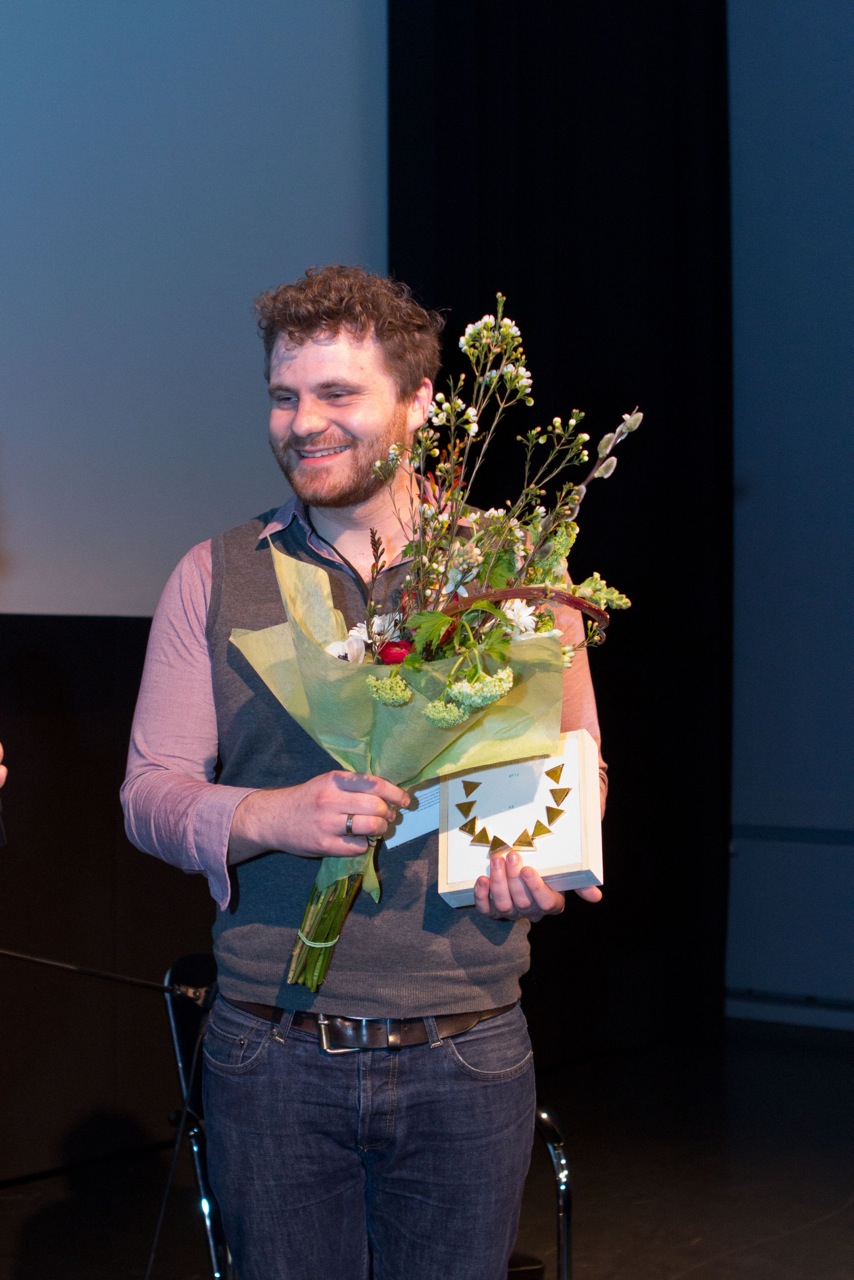 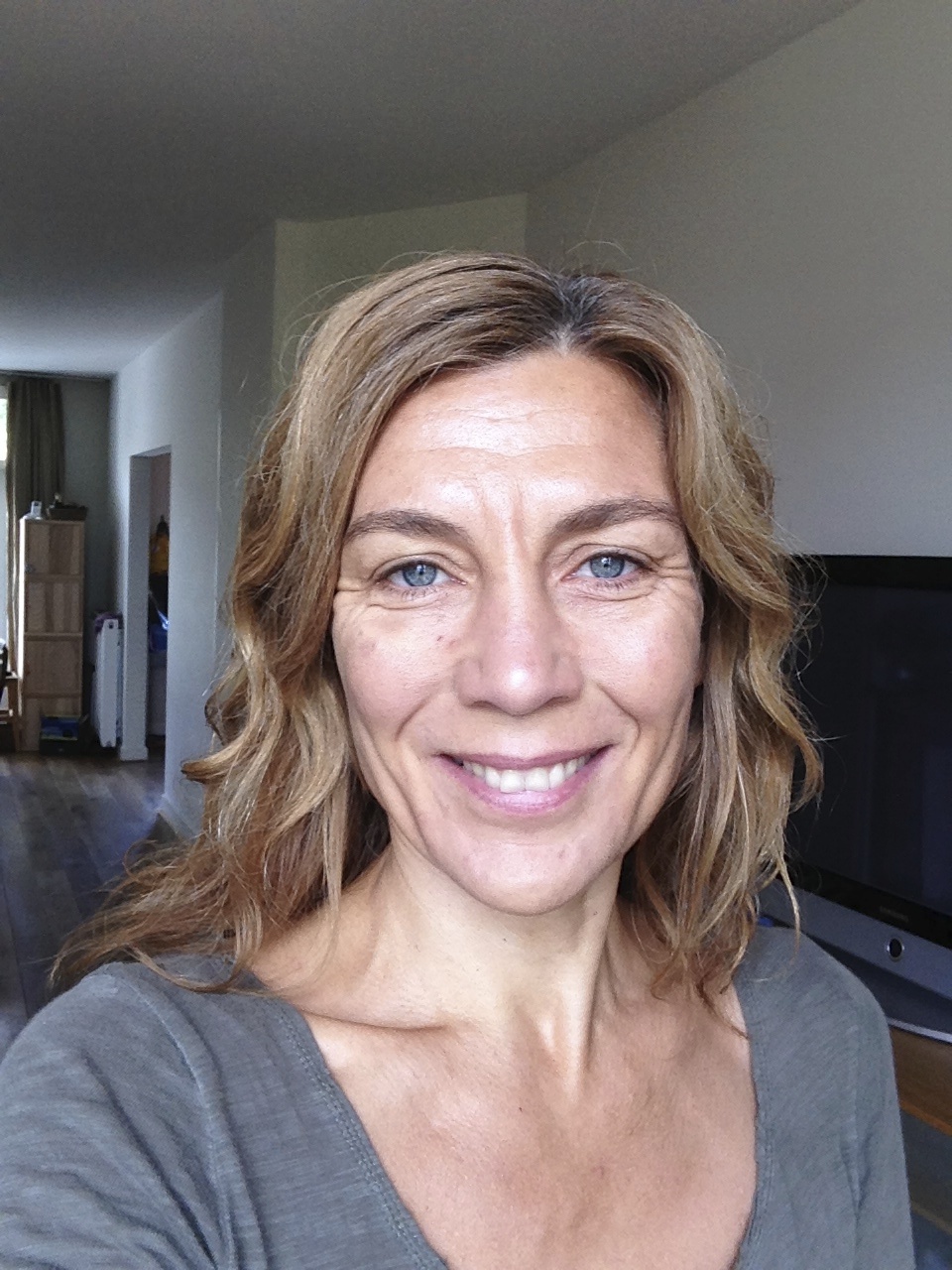 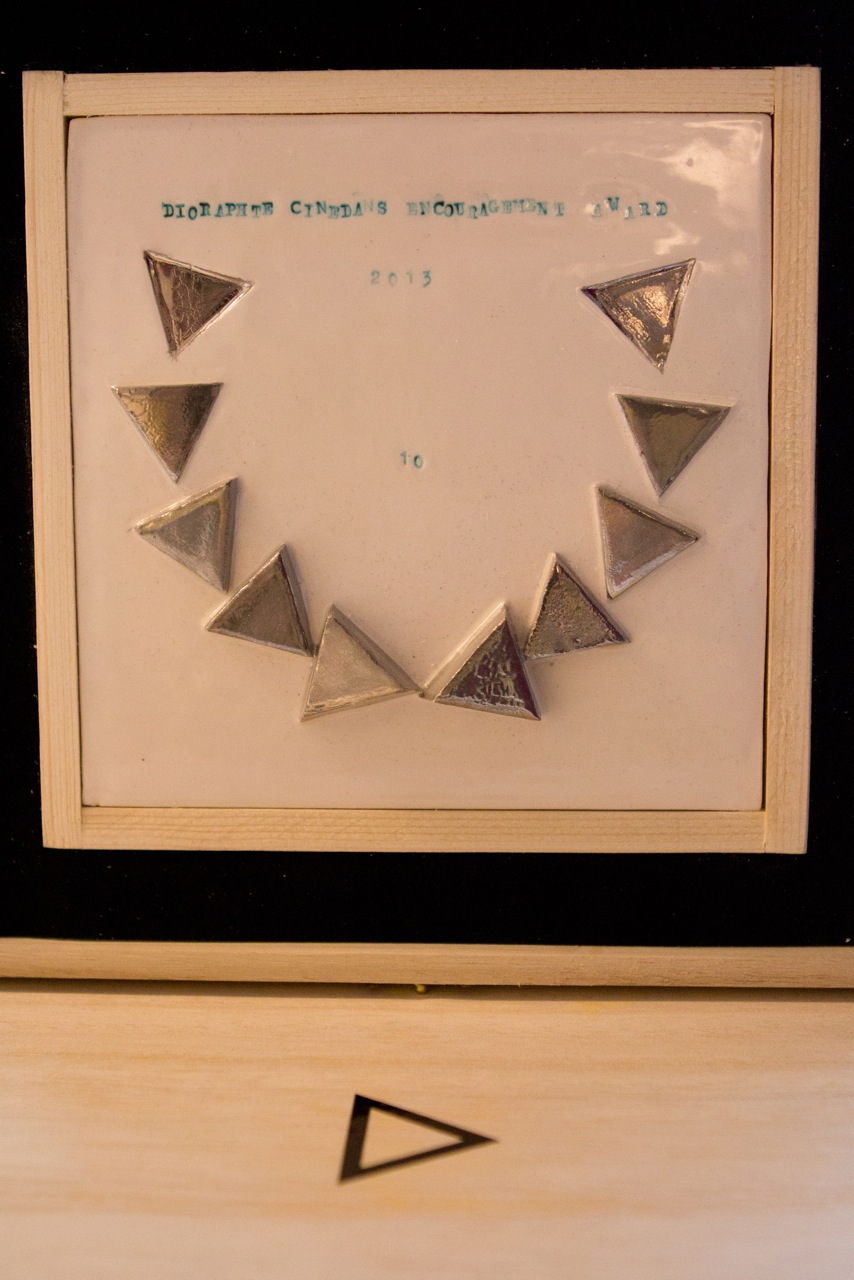 Andreea Căpitănescu: This year, Cinedans Festival celebrates 10 years of existence. Who was “behind” this initiative looking back 10 years ago? I know you’ve shared some inside stories with the audience during the ceremonies organized this year within Cinedans…

Janine Dijkmeijer: Cinedans’ first initiative came from two people – Hans Beenhakker, ex-dancer and now filmmaker, and myself. Hans and I  had been dancing together in several productions and always stayed in close contact after we quit. I was studying media and graphic design, made some short films for internet/websites and Hans just won the first prize at Dance on Camera Festival in New York. Together we started first with two evenings during Julidans.

AC: How do you see the evolution of the dance film industry (if we can call it that) from 10 years ago till now?

JD: 10 years ago most good film where shot with high standard equipment. Mostly with complete crews etc. The choice for short films was much lower. Nowadays there are hand-held high speed cameras and editing becomes more user-friendly. More people can start making film because it’s just easier and cheaper – therefore more creative surprises for dance film. Also the high speed camera makes it possible to slow down the fastest movement and it all becomes really intense. Dance also is getting more popular as far as I see.

AC: What is more important for you as curator, the way a director uses (new) technique (editing, camera work, etc.) in order to create a dance film, or the idea/concept/choreography behind?

JD: Definitely the idea, concept and choreography/musicality and composition. This gives for me the feeling of dance. But also editing/montage is very important! I like how people look at movement, which for me is basically freedom. And how people manage to be different in the approach of what choreography is. Observation, like in photography, is essential.

AC: How important is for dance films to be broadcast on TV channels? Do you think there is a future for that? Do you think that television plays an important role in the promotion of dance films, especially in attracting potential new sponsors, new audiences? How does this influence the quality and trends in the dance film industry?

JD: Television has always been very important. Nowadays I would say digital channels are the new broadcasters. In any way it will attract new audience for dance films. Maybe also sponsors, just because they get acquainted with dance film. Response can be enormous when a large audience sees your film. Maybe not directly but for sure indirectly. Because more filmmakers get interested, the quality will rise.

AC: How do you carry out the selection of the festival program? What are the main criteria? Which target group is Cinedans festival addressing?

JD: Selection criteria are not always that easy to explain. Of course, we look at the shooting, the editing, the choreography, the music and the dancers/performers. But at the end, we look at what is the film telling/showing us. This can be abstract too, so not always explainable with words. It’s a matter of feeling and indeed, whether the film gives you the sense of movement. The target group is very diverse. We show documentaries, so they are informative about dance. I believe our main program is the short films between 1 and 30 minutes. On occasion, we have feature films. The audience is composed of dance and film lovers, students, visual artists, kids (for the kids programs) and fashion world (design films).

AC: Since 2011, Cinedans is one of the partners of eXplore dance festival, for the film program. How do you work with international partners/festivals? Do you have specific festivals you’re interested in as potential partners (as format, programming, context)?

JD: Cinedans does indeed look at countries where dance does not have a wide range of visibility. Everywhere there is dance, of course, but it’s not always that easy to find a wide range. We have targeted Russia, South Africa, China, the Middle East, Eastern Europe and South America.

We have several ways we can offer programs:

Here, we can also either arrange all the works for clearing the film rights or the inviting partner does it.

AC: Tell us a bit more about the competition and the awards Cinedans is offering every year for “One-minute film” and “Best film”. What impact do they have on the international exposure, especially for young directors winning the awards? Do you continue to follow the awarded films also from this perspective, of the way  in which the prizes influence their artistic journey?

JD: We have two money awards which I personally think are very important also internationally, because I do not know another festival that does this. One is 7500 EUR for the main award, the best film, and one is 2000 EUR for the first made dance film, a kind of stimulation to continue. Also, of course we have a nice sculpture with the award and last but not least these two awards are funded by a private fund (Dioraphte Fund). The one-minute dance film prize is worth mentioning, because of the amount of entries. All winners will take part in the Cinedans touring of the year. Yes, we do follow the winners! The impact for a (young) filmmaker is that he/she is stimulated to make more films and get a wider audience for their work! And hopefully also for the financial support of the film.

AC: For a few years already, Cinedans has been involved in the dance film project Point Taken. A huge project in terms of budget and institutions behind. This year I had the privilege, while in Amsterdam as part of the Cinedans jury, to assist also to the premieres of the 2013 Point Taken dance films. I felt like taking part in one of the premiere nights at Cannes Film Festival or the Berlinale, very different then the rest of the festival atmosphere. What is the impact of this kind of project on the national dance film industry, and is there any chance to open it to international directors as well in the future?

JD: Wow, you bring me to new ideas! Next year we will have a red carpet and some press crews taking photos! I love it! Thanks, Andreea!

Point Taken is a project together with three big institutes here in the Netherlands, that next to supporting Cinedans as the partner of Point Taken also financially supported all the films. One is the Media Fund, one of my favorites, because it’s the only one that takes real risks! Meaning putting dance and film together and believing it needs to be developed, that is for Cinedans a real recognition. Then we have the Performing Art Fund, actually the same story, they are for performing art and support film because they believe it has a large effect on dance. The last one is our main cultural arts broadcast channel, the NTR. Without them, Point Taken would not be shown on television and the knowledge and expertise the NTR has on dance on television makes of course the quality for the Point Taken films higher.

AC: I’ve met you 3 years ago, while you were the manager of Nicole Beutler, Dutch choreographer we’ve presented in eXplore dance festival in 2011. Can you tell us a bit more about your artistic path, from being an artist yourself, then manager, directing Cinedans, and now, currently the managing director of the Dutch National Ballet. Quite a challenging career I would say, especially knowing you are a great mom as well…

JD: I always have difficulty answering this question, I will try… I believe when I was dancing and I guess around 30, I figured out how wonderful it was that people bought a ticket to see me dance! I told myself I should not waste the audience their time and made sure I tried my absolute best so the audience would like it and feel good. It’s so much fun to share things that make you feel good. Like the work of Nicole Beutler or also the Dutch National Ballet, it’s suck an amazing and diverse company. Then of course nothing is more important than the kids and for me they make life easy. When I come home I forget it all because they are so simple and pure. I think I just switch a button when home. But when they sleep I turn my computer back on. I think almost every evening. I just really love my work!