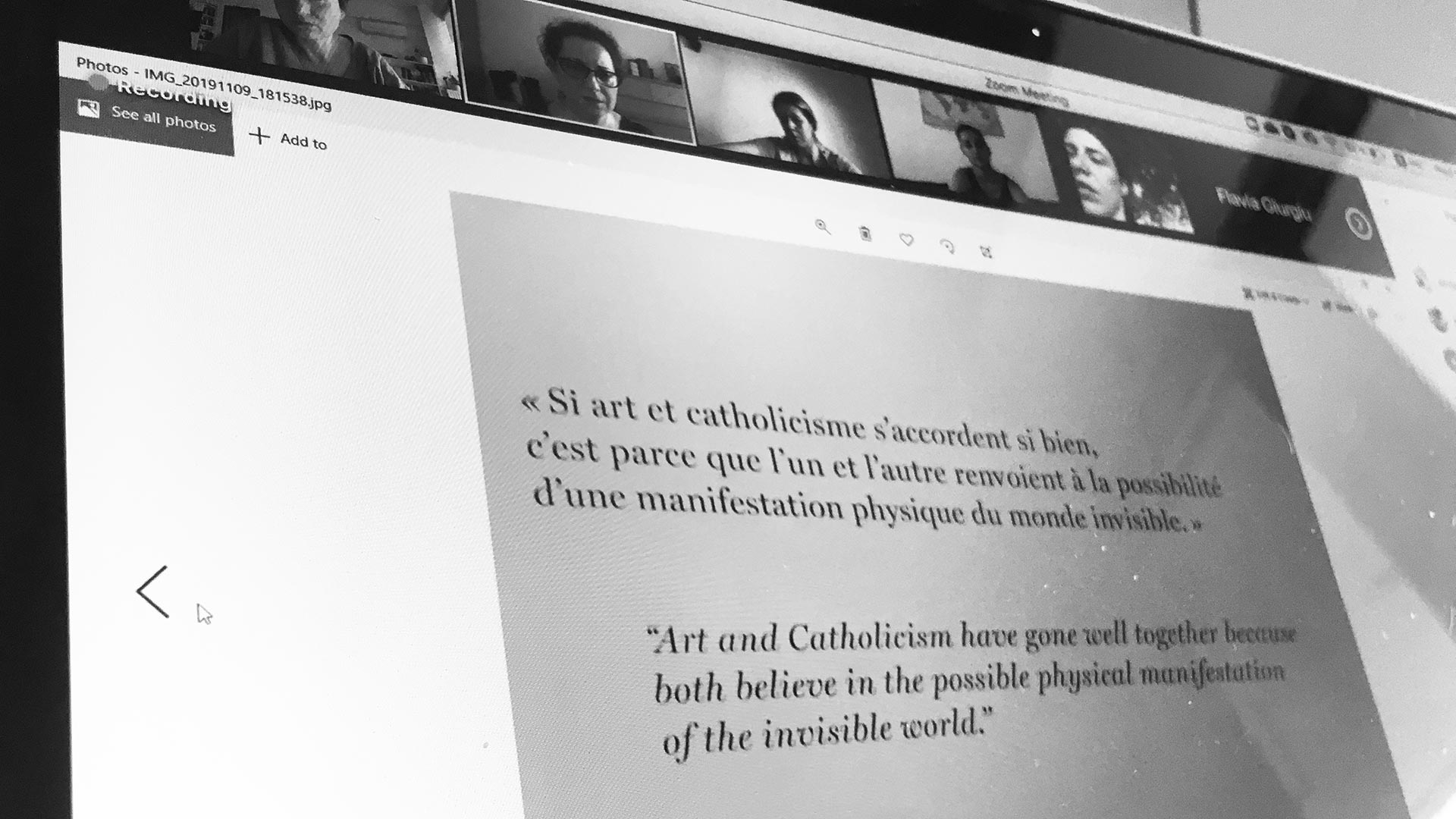 Finding its inspiration in references – iconic images and films from art history, dance history and contemporary performance, „Practising solo collective” develops poems into images, it questions the relation with time, different levels of reality and image.

Through a cinematographic deconstruction, the project overexposes themes about identity and feminist experiment, both in the domestic space and in nature. The visual references include representative artists for the history of feminism, offering the historical perspective of diversity and evolutions of expression through dance, performance, photography and video-art.

The common interest of this choreographic project is working with coexistent collective presences throughout an apparently unique subject and developing a practice which disrupts through the manipulation of perception and action. In other words, while the body works with motion, sound and text, the focus is on areas between familiar and unfamiliar, between knowing and not knowing, creating a feeling of space and time expansion in which the boundaries are faded, the thin lines being unable of marking where an entity ends and another one begins. (Andreea Căpitănescu, artistic director)

The project does not necessarily reflect the Administration of the National Cultural Fund`s view.  The ANCF cannot be held responsible for the project`s contents or use of results. Responsibility for the latter belongs solely to the beneficiary.