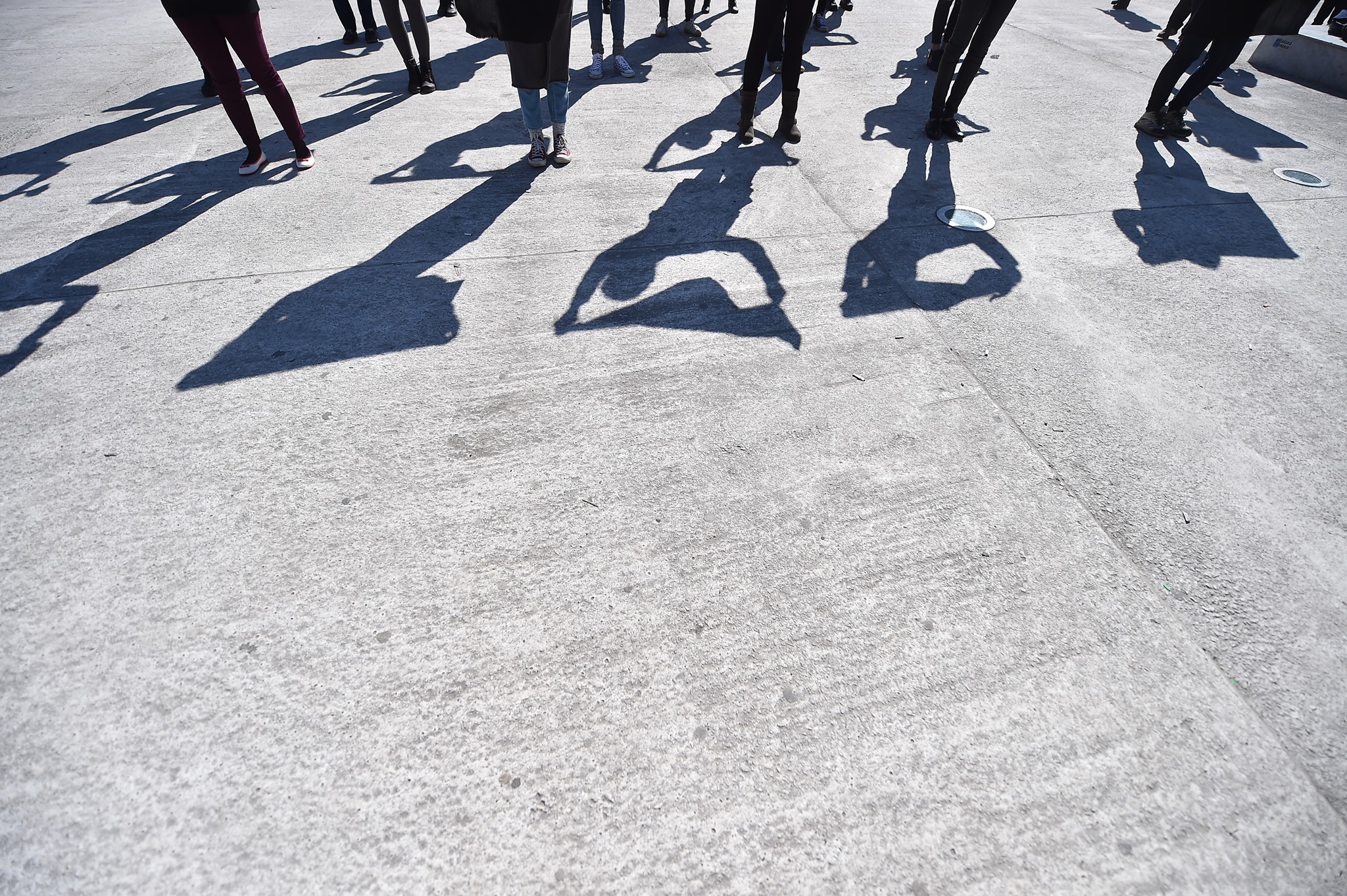 Body in Adversity investigates the production conditions and effects of a performance series which took place within some feminist protests from 2011 until today, like Harmless Nature (SlutWalk 2011), On March 8 We Fight (March 8 feminist, 2016) or Drill (Black Protest 2016). Initiated / created by Veda Popovici, the performances have been developed as a response to the local and international feminist movements’ needs involving dozens of activists, artists and solidary people, and proposed a collective, radical and unapologetic embodiment of a feminist perspective, anchored in the local and regional context.

Body in Adversity proposes the articulation of a methodology for this type of an activist/artistic feminist performance, intersecting critical theory, social movements study, feminist theory, performative and artistic methods, iconological and aesthetical analysis. Part of the questions Body in Adversity searches answers for is: how were non-artists involved in the production of the pieces? To what extent has the chosen aesthetics distanced or attracted the audience from the theme represented? What kind of experience did the participants have in the performances? When is it appropriate to include a performance in a protest and when not?

Veda Popovici works as a political artist, engaged theorist and local activist. Her interests permeate these fields of action focusing on decolonial and feminist practices and the material possibilities of creating the commons. Her political work develops on housing struggles and communitarian organizing as part of Macaz cooperative, the Common Front for Housing Rights and the Gazette of Political Art. After finishing her PhD on nationalism in Romanian art of the 1980s, she has taught classes on decolonial thought, nationalism and feminist theory at the National University of Arts in Bucharest and at the University of California Santa Cruz. She is based in Bucharest.

Life Long Burning – Towards A Sustainable Eco-System for Contemporary Dance is a multi-annual project co-financed by The European Union – Creative Europe Programme.