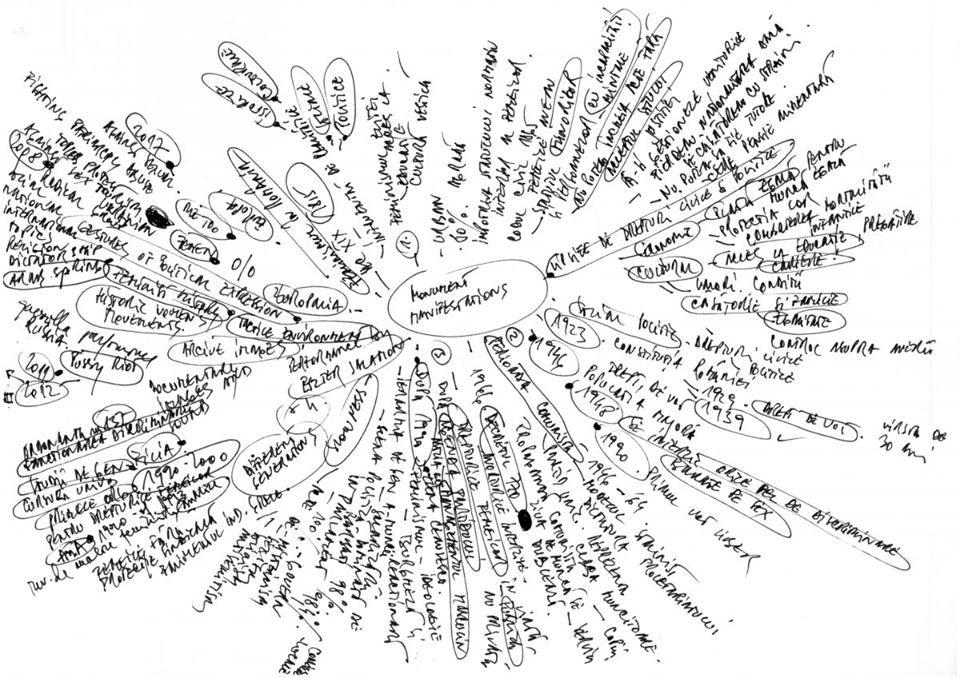 On Friday, 17.01.2020 and Saturday, 18.01.2020, we are delighted to announce the premiere of “MONUMENT 0.8: Manifestations” at Kaaitheater in the context of Europalia Romania. With a collage of feminist voices, artistic gestures, historical avant-garde, and traditional songs performed by Salka Ardal Rosengren, Madalina Dan, Flavia Giurgiu, Judith State and Ayșe Orhon,  Eszter Salamon focuses on Romanian histories, in a special setting created by artist Marilena Preda Sanc that covers the entire stage.

MONUMENT 0.8: Manifestations is a performative, visual and sound collage that animates an emancipatory space by interweaving traces of the Romanian history of feminism, artistic gestures and female perspectives in the history of painting and traditional music. This choral performance destabilizes not only dominant views on history, but also borders that were built to separate artistic expressions, cultures, nations and identities. As the piece carves out a trans-historical and trans-disciplinary space of memory, a new ecology of relationality appears through a hybrid fabric of political and choreographic movements, creating a new poetic matrix.

Performance art has always sought to unite art and life. How and why is it important to address the marginalized history of feminism in the Romanian and Eastern European context – on the periphery of our collective historical consciousness?