Bucharest, January 06, 2020
The Romanian Cultural Institute and the 4Culture Association, in partnership with the National Theater I.L. Caragiale Bucharest invites you to start the new year with  TRACES, presented for the first time in Bucharest, during the EUROPALIA Romania festival and at the opening of the international tour of Ultima Vez / Wim Vandekeybus, with a unique performance at the National Theater “I.L. Caragiale ”Bucharest, on January 9, 2020.
TRACES, inspired by Romania and considered by the daily DeMorgen one of the best contemporary dance performances of the year 2019, had the world premiere in December 2019 in the frame of the Europalia Romania Festival organized in Belgium, where over ten days, gathered an audience of more than 5000 spectators.
TRACES is a rediscovery of a vulnerable vitality, in a world full of technological and ecological threats. Wim Vandekeybus looks back at the insights from the beginning of his choreographic pursuits: the drama of impulses and instincts; at the play of energies and intensities. In the overwhelming nature of Romania, with the last virgin forests of Europe, Vandekeybus seeks traces older than man and his memory. TRACES is the evocation of an “inner story”, the story that takes place before or beyond the language and can only be told through the impulses of dance and music. TRACES is a search for the traces of nature that the body has forgotten or repressed.

Ultima Vez company was founded in 1986 by the choreographer, stage director and filmmaker Wim Vandekeybus. Since its establishment, Ultima Vez has developed its activities as an international contemporary dance company based in Brussels and Flanders.
Wim Vandekeybusest was born in Herenthout on June 30, 1963. After high school, Wim Vandekeybus went to Louvain to study psychology. In 1985, he got an audition with the famous choreographer Jan Fabre who gave him a role in “The Power of Theatrical Madness”. A year later, Vandekeybus founded Ultima Vez. His first show, “What the Body Doesn’t Remember,” became an international hit. In all its different productions, Ultima Vez remains true to its own language of movement. Tension, conflict, the body facing the mind, risks and impulses. Each time, passion, intuition and instinct will take a different form in his performances.
Media partners: TVR, Radio Romania, Radio Romania Cultural, RFI, Modernism, Zeppelin, ARTA Magazine, Designer, Feeder, IQads, Positive Romania, Elle, Leviathan 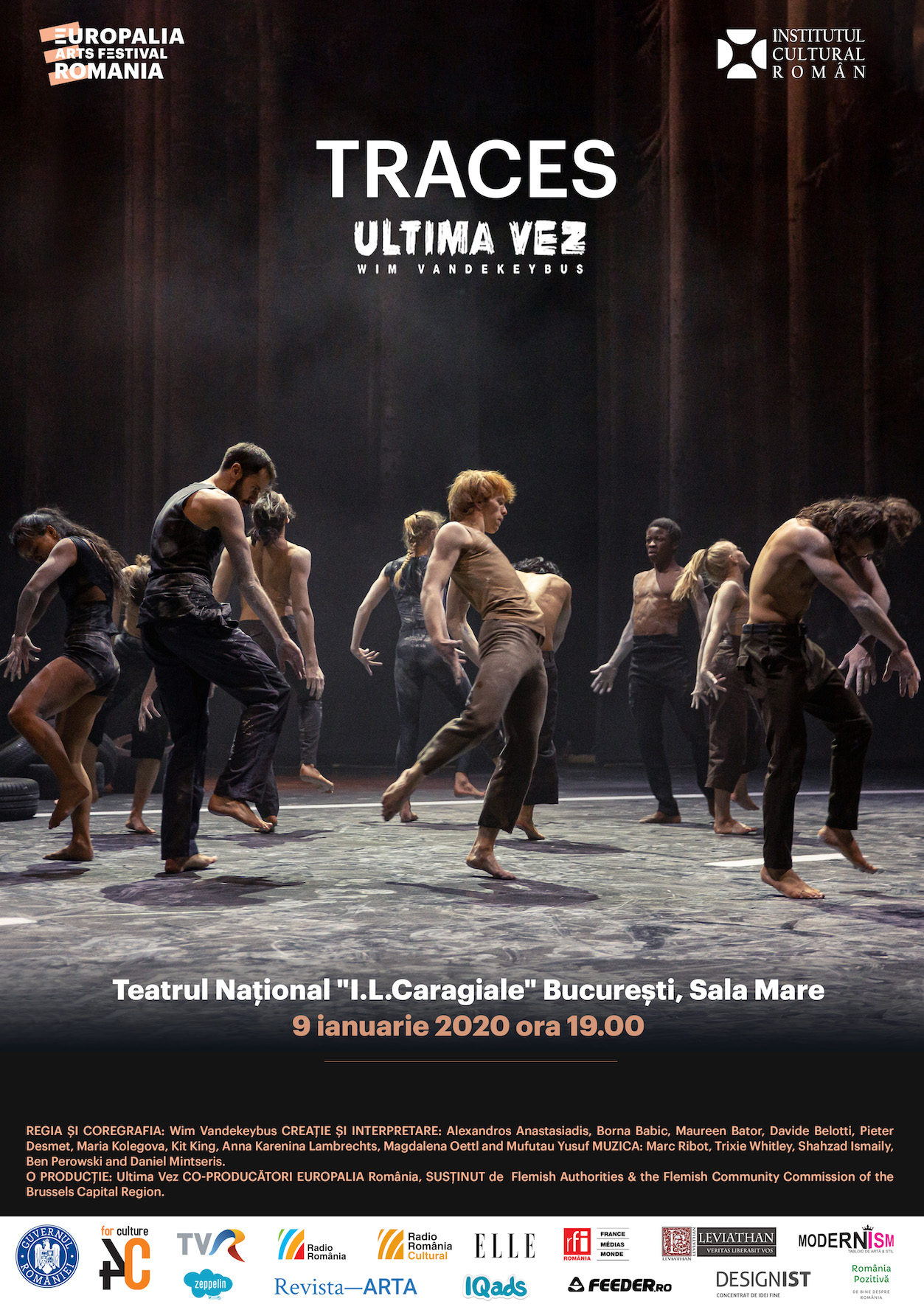