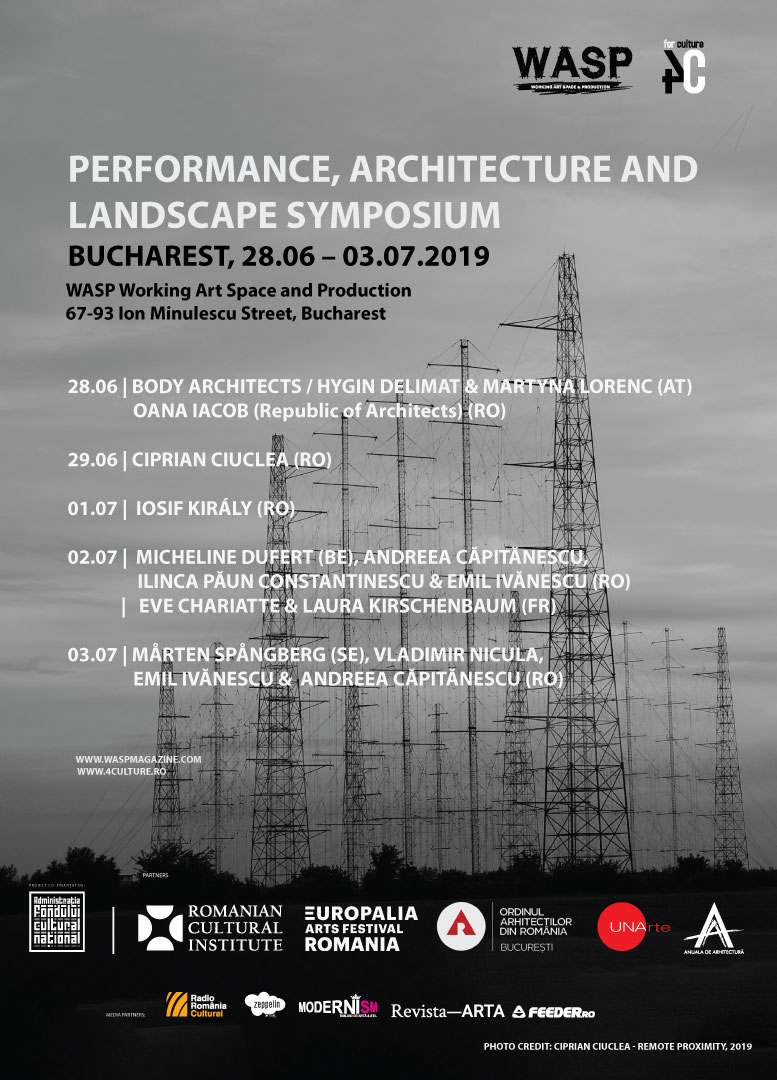 The Performance, architecture and landscape symposium approaches the relationship between art, architecture and landscape from a perspective of ecological practices, in which the body is seen as a link between these specific areas. The second perspective refers to the fact that, in the future, climate change will influence, transform and endanger the human existence in society.
The idea of organizing such a complex event bringing together actors from the fields of performing arts, architects and researchers resulted from the dialogue conducted by Andreea Căpitănescu, cultural manager and curator of WASP Working Art Space and Production, and architect Emil Ivănescu, president of the Romanian Architects Order – Bucharest Branch, with several professionals from Romania, France and Belgium. The two participated in October 2018 at the Montpellier Colloquium of the Ecole Nationale Supérieure d’Architecture de Montpellier – ENSAM and ICI / CCN Montpellier, the EXERCE Master Program, and had meetings and discussions with the artistic team of Charleroi Danse.

The symposium is organized in a broad European context where large-scale public events on climate change and the lack of urgent and radical action to mitigate their effects take place.

Through a series of international partnerships, WASP Studios and 4Culture Association embark on a joint approach to multidisciplinary artistic cooperation regarding the relationship between art and ecology. “Performance, architecture and landscape” is one of the projects developed to this purpose.