Jardin d’Europe Installations consists of projects by emerging talents, bringing a new, creative interpretation of space at WASP studios. You will have the chance to see: a sounding-sculpture on the theme of the cultural custom called “Caloian”, a documentation of street intervention through photography and text, a refrigerator which will be covered by magnets as people will bring their own souvenirs, and a photo-video installation discussing emigration and integration, all displayed at WASP – Working Art Space and Production.

Presentation of the projects: Saturday, 12th of October 2013, 7pm 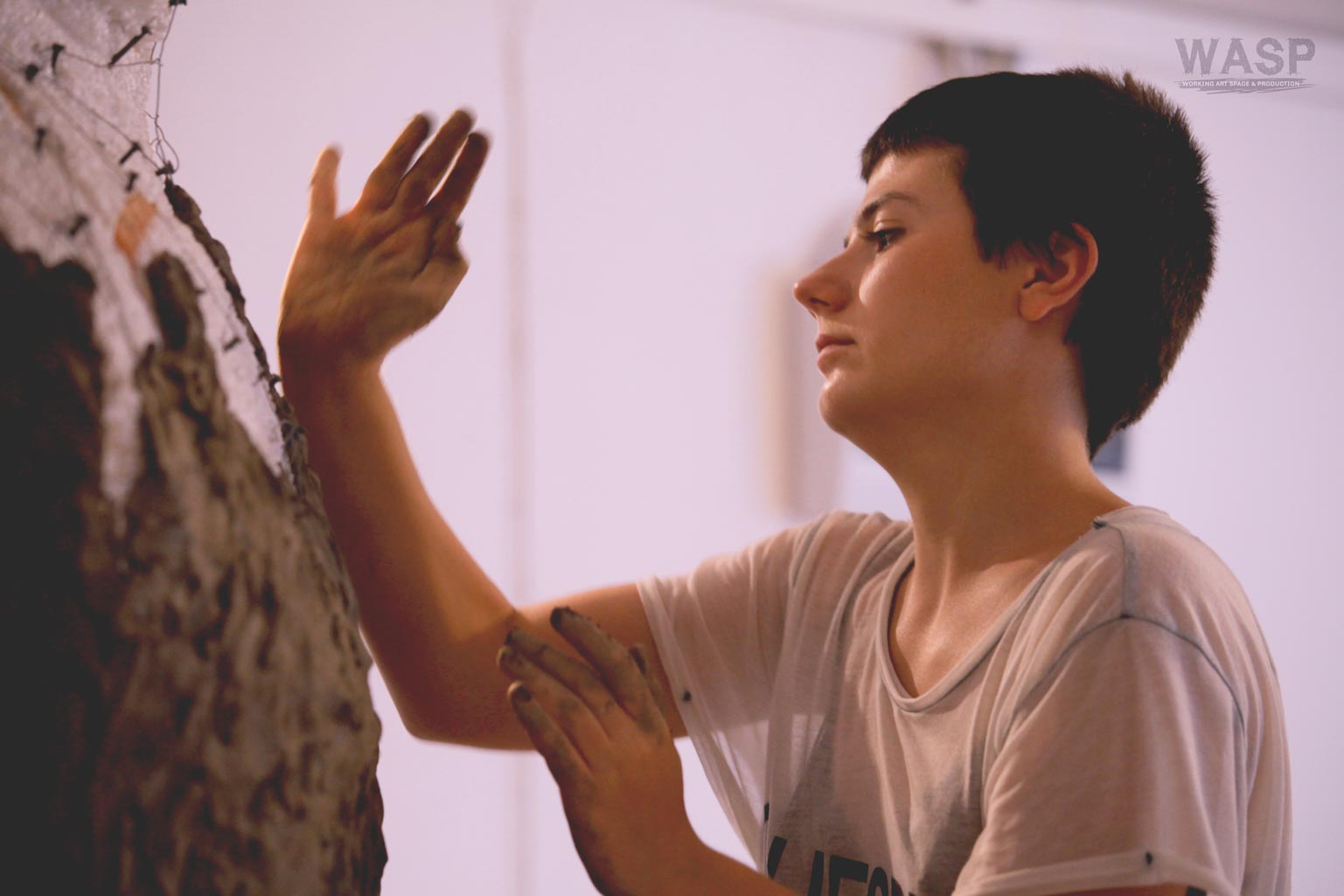 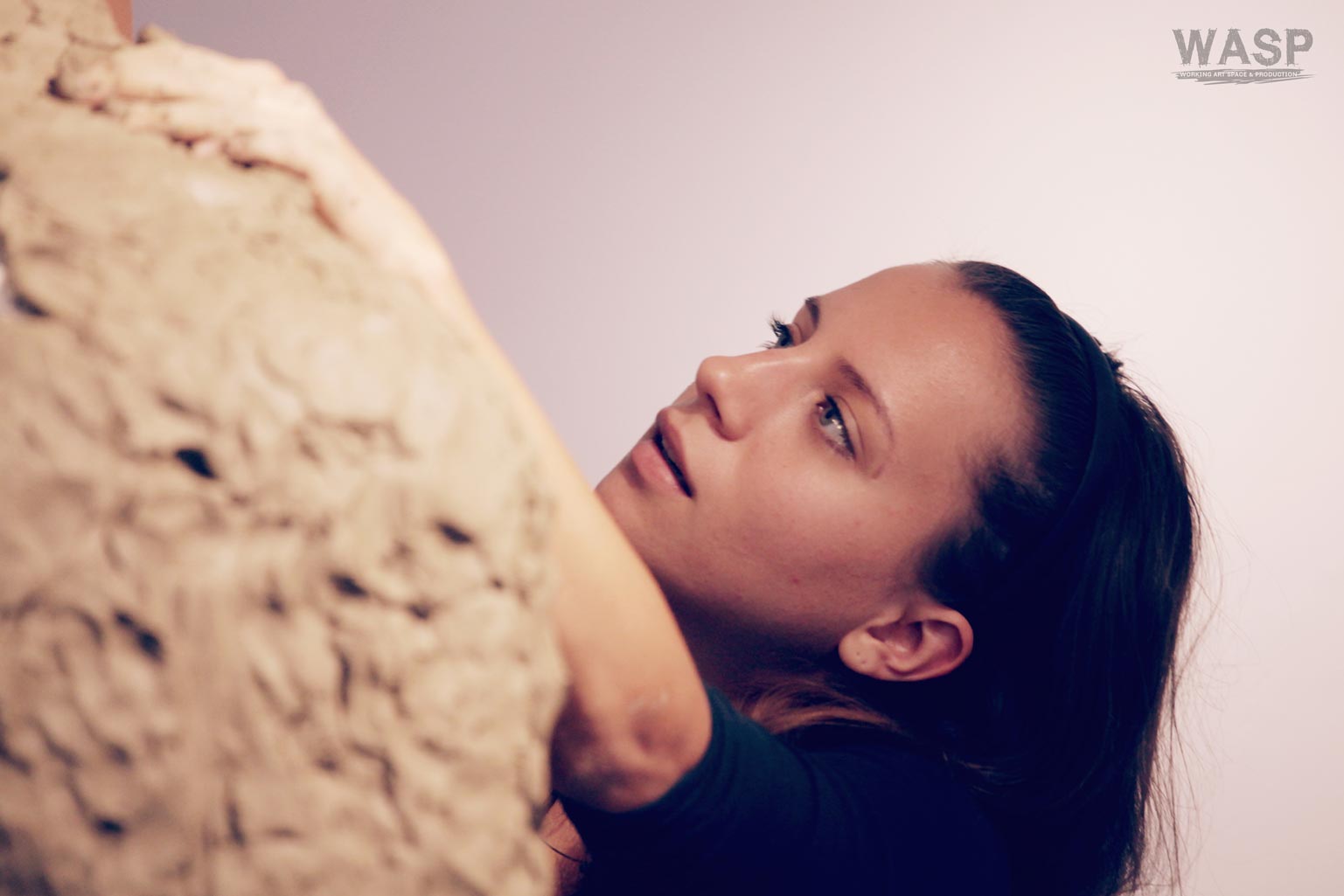 ”Caloian” is a custom practiced in the past for driving away the drought and also a symbol of transition from the material world to the immaterial world. It represents the flow of life and a sacrifice made by the community to achieve an ”universal harmony”. It is carefully built and invoked, the methods and texts are spread by word of mouth.

Adina Mocanu and Alexandra Sandu -They activates in two artistic directions, questioning the notions of public space, the connection between society as a cultural space and individual rituals. 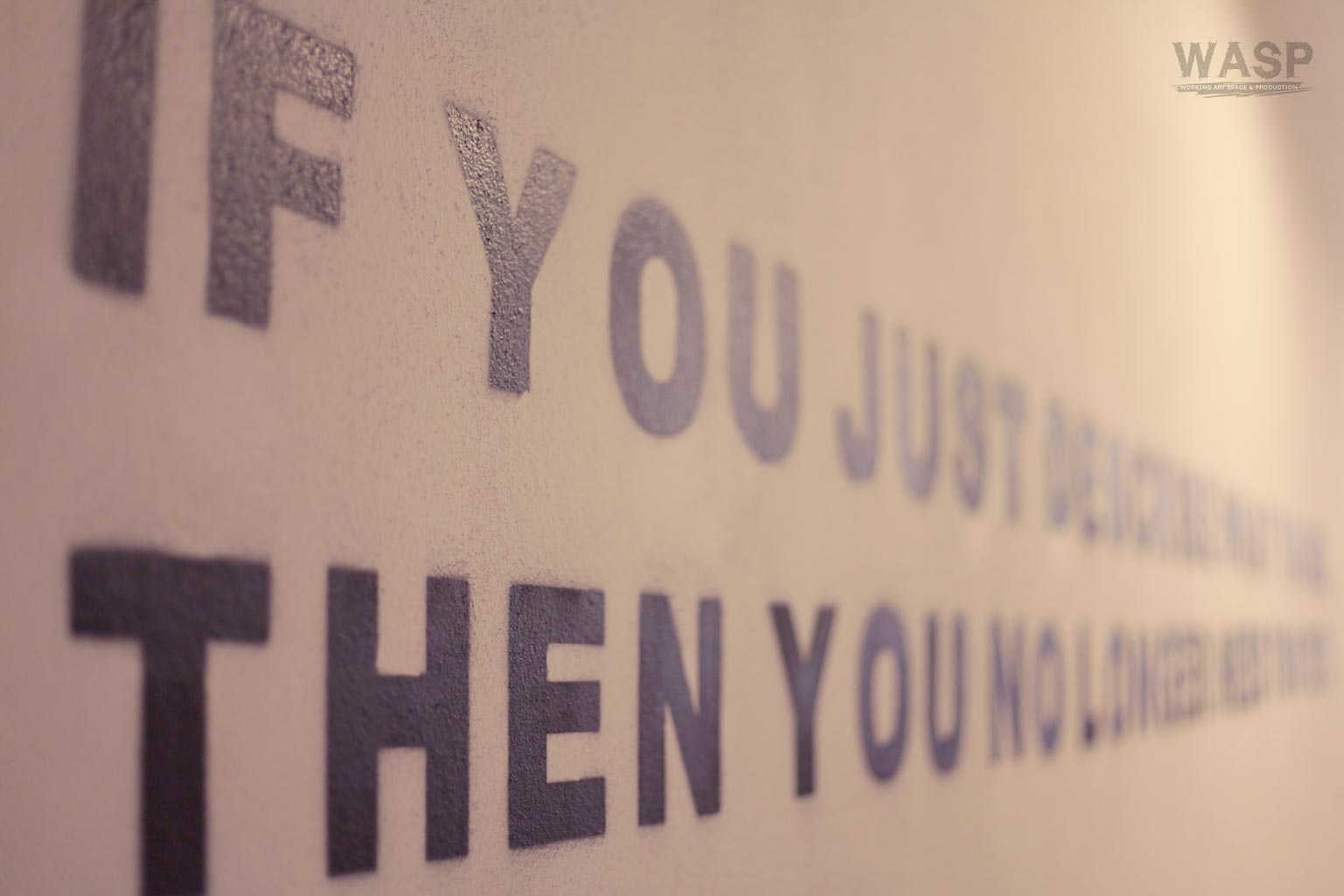 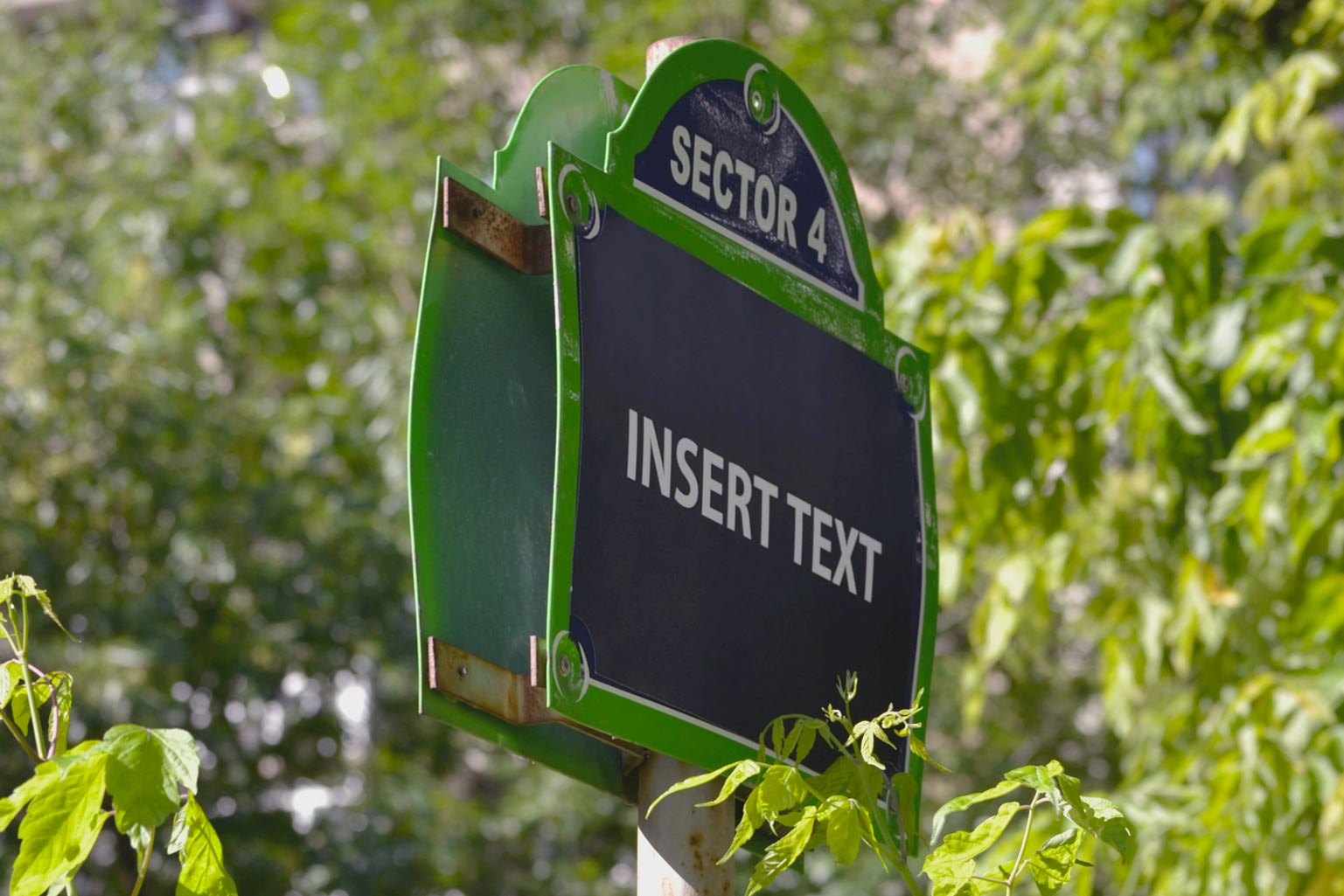 HERE and AGAINST (documentation through photography of street intervention)

”HERE and AGAINST” wants to establish a relationship between the common understanding of any street viewer and a series of rhetorical pop-up messages placed on public urban billboards, buildings, trees and other bodies.

Gabriel Stoian is a PhD student at “University of Art and Design” in Cluj-Napoca.  He was a resident at Habitat Artistic Castello in Spain and was nominated at Strabag ArtAward International and “Walter Koschatzky” Art-Award in Austria and EBienale Bucharest. 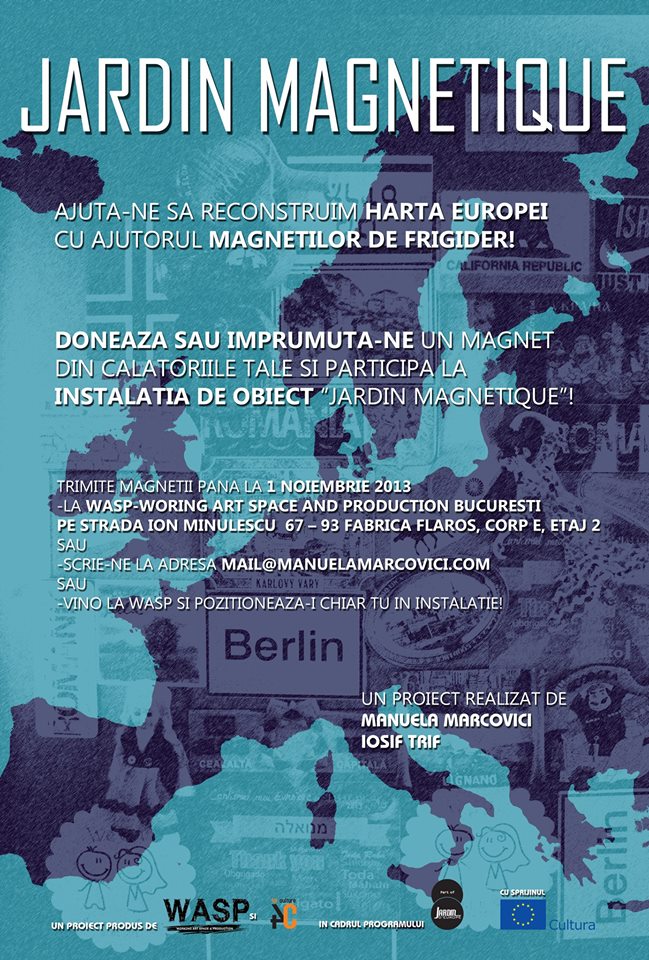 “JARDIN MAGNETIQUE”  underlines the importance of the refrigerator as a screen for depicting collections of memories/received souvenirs from different trips or important social events and explores the way this household object brings new socio-cultural meaning to the private space.

Manuela Borza - Studies Photography and Dynamic Image (MA) at the National University of Arts in Bucharest. She is s a multimedia freelancer with background in film production, advertising, videography, online editing and photography. She is currently working as a Segment Producer for the documentary film directed by Florin Iepan. 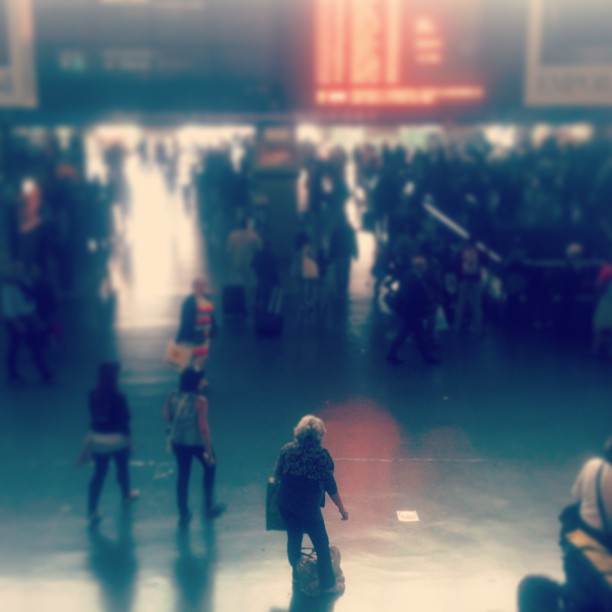 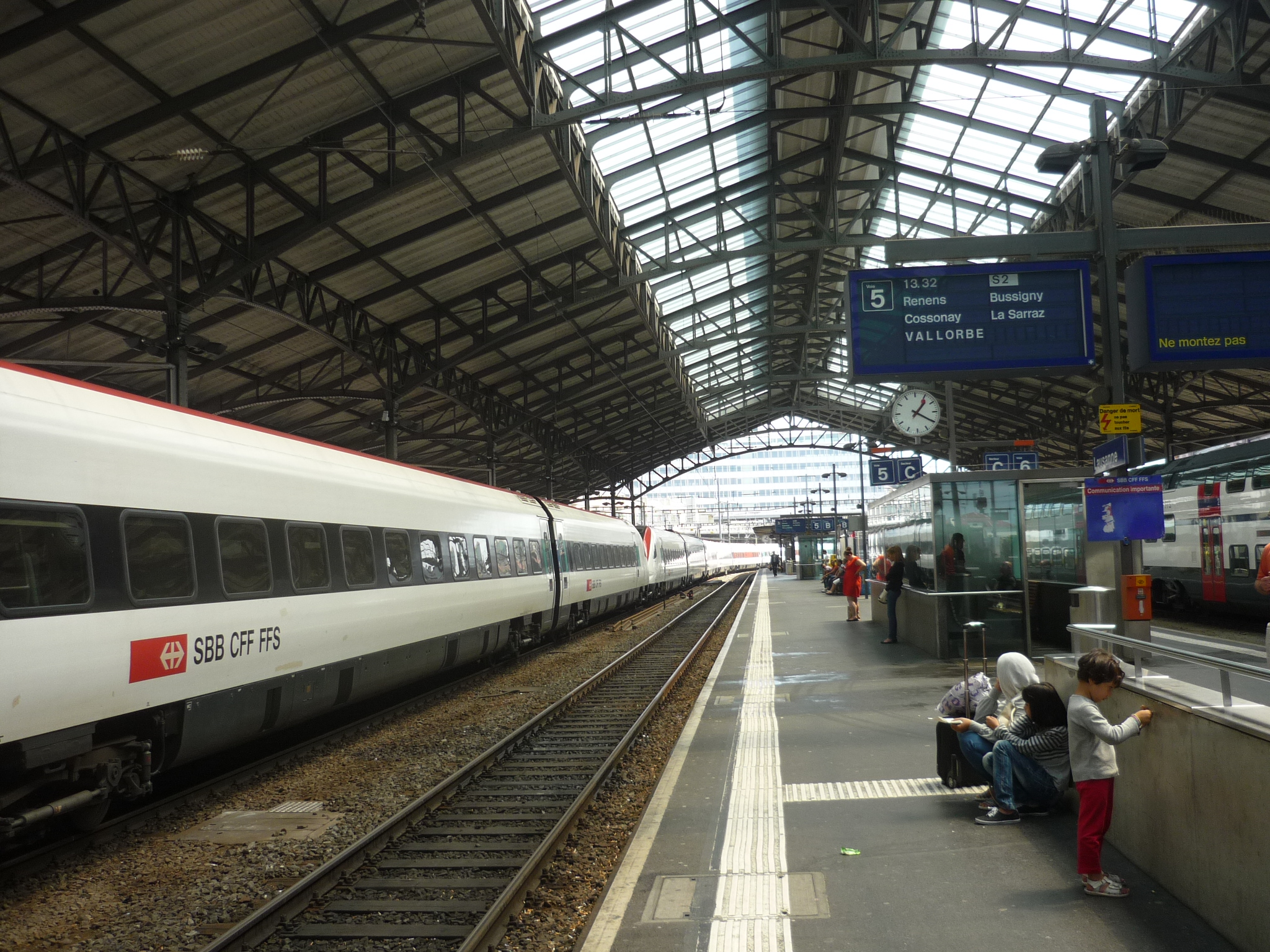 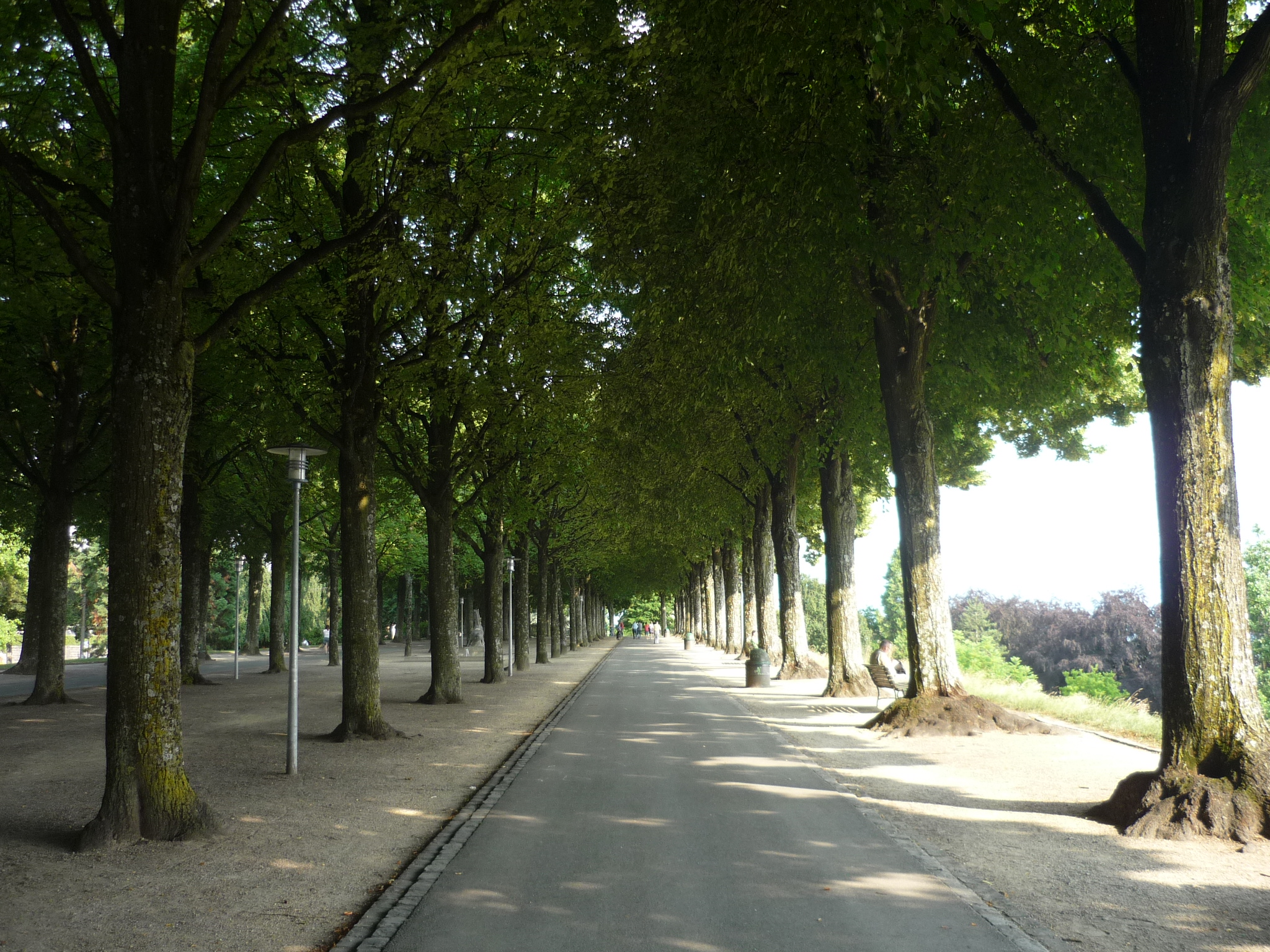 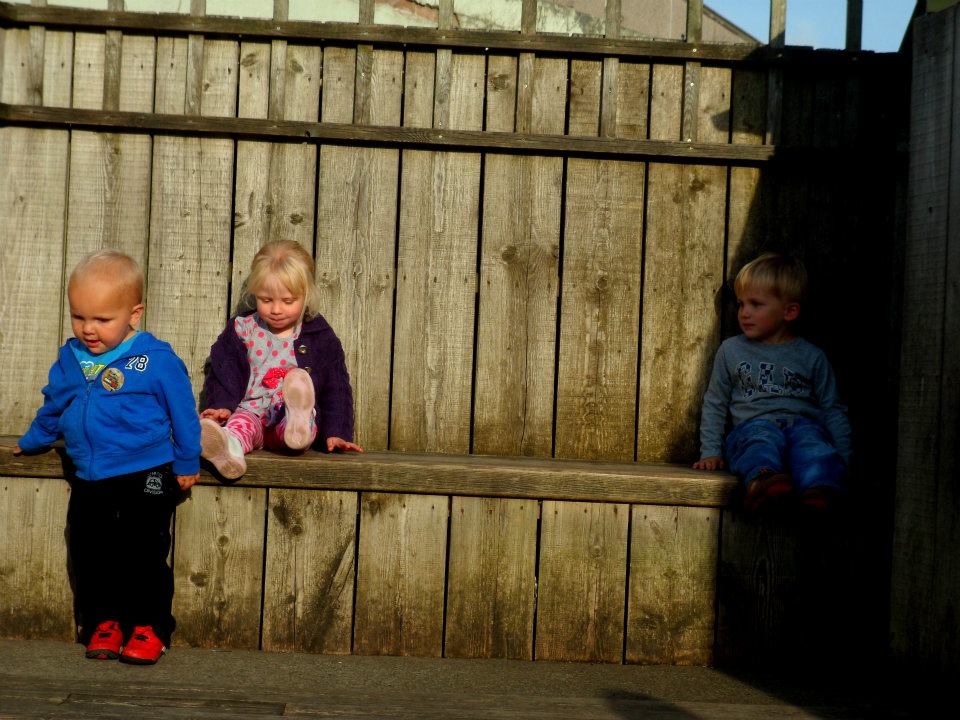 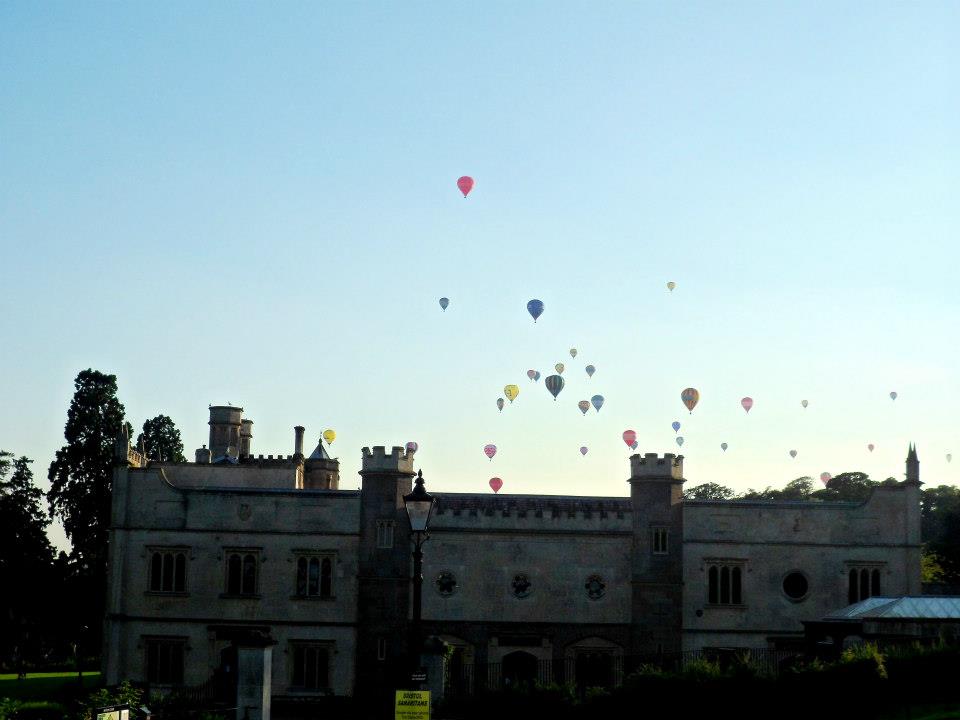 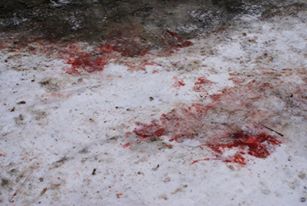 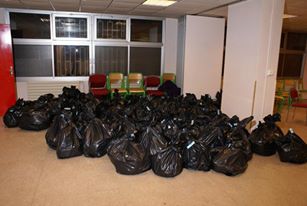 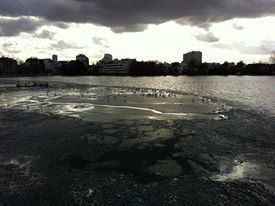 “+- OSTALGIA” documents the cleavage between the country of origin and the adoptive country of young Romanians who live and work in Western Europe. The installation intends to blur the East – West antagonism and to stimulate a critical approach of the emigration and integration issue.

With the support of Jardin d’Europe, funded by the Culture Programme of the European Union

*This project has been funded with support from the European Commission. This communication reflects the views only of the author, and the Commission cannot be held responsible for any use which may be made of the information contained therein.